When you book with an account, you will be able to track your payment status, track the confirmation and you can also rate the tour after you finished the tour.
Sign Up
8

Egypt is the land of wonders and magic as it contains all factors to make it the heavenly land on earth with its monumental and historical sites. Through our luxury 10 days best of Cairo and NIle cruise, you will enjoy a lot of tours to the best historical and cultural sites of Cairo, Luxor, and Aswan. You will start with Cairo attractions then from Luxor, you will sail on a Nile cruise through Upper Egypt on a marvelous tour to Aswan. Check this amazing best of Egypt in 10 days luxury tour to Cairo and Nile cruise and book us now.

Day 1Arrival to Cairo Airport - Check in the Hotel

Our company representative will meet you at Cairo airport and he will be with you while finishing your formal papers at the airport. Next, he will transfer you in a private vehicle to check in at a luxury 5 stars hotel in Cairo.

In the evening dinner will be served on a Nile cruise while enjoying amazing belly dance and a Folkloric show. In the end, you will return to the hotel for overnight.

At the hotel, breakfast will be ready in the morning and you will check out from the hotel. After that you are going to visit the great attractions of Giza Pyramids complex, first, you will go to the magnificent Great Pyramids of Khufu:

One of the outstanding pharaonic constructions, the Great Pyramid of Khufu was built at 2580 BC. The Pyramids is one of the ancient world wonders and the only one that stands still until now.

Next to Pyramids, you will see the mighty sphinx with a height of 73m and a width of 19m. The Sphinx is a gigantic statue with a lion body but with a human head who sits guarding the Pyramids entrance.

During the Old Kingdom of Egypt, the temple was built from limestone and Aswani granite. It provides useful information and details about the process of mummification thanks to its excellent condition.

Next, you will enjoy a delicious lunch meal before resuming your tour to visit:

In 2925 BC, King Menes founded the city of Memphis to announce a new era in Egyptian history. The city was the first Egyptian capital ever. It contains a lot of marvelous monuments and ruins as the temple of Hut-Ka-Ptah.

The minister of Pharaoh Djoser, Imhotep was the one who designed the Step Pyramid of Saqqara. The Pyramid was built of six steps with a height of 62M. The Saqqara Step Pyramid considered one of the oldest Pyramids in Ancient Egypt.

In the evening you will go to Cairo Airport to catch your flight to Luxor. There you will embark on a 5 stars High Luxury Nile cruise for overnight.

On the third day, the morning you will enjoy breakfast on the shipboard. Then you will have a historical tour in Luxor on the west bank of the Nile discovering the city’s marvelous attractions starting with:

Valley of the Kings is an ancient burial site located at the heart of a mountain. The valley contains more than 63 tombs filled with unique treasures and artifacts that belong to Egyptian kings.

Also called El Deir el-Bahari, Hatshepsut temple was built by the great female pharaoh queen Hatshepsut in 1479 BC and was dedicated to Amun. The construction took 15 years to be completed.

After that, your lunch will be ready on the cruise board before continuing your tour by going to:

The Colossi of Memnon is actually a two giant statues of king Amenhotep III who ruled from 1386 to 1350. The statues are 18m tall and weigh about 720 tons.

Later on day three, you will be back to the Nile cruise for overnight.

In the morning, you will have a breakfast meal while sailing to Edfu. As soon as we get to Edfu you visit:

Edfu temple was the main worship house of the mighty god Horus. It was built during the Ptolemaic era. Ancient Egyptians strongly believed that the temple was built on the same fight location between Set and Horus.

At the end of the day, you will go back to the Nile cruise where lunch will be served on shipboard while sailing to Aswan. At night, you will have your dinner and other exciting shows onboard the cruise and overnight.

At the morning of the fifth day, you will enjoy your breakfast then you will explore the beautiful city of Aswan starting wit:-.

In the south of Aswan city located the High Dam of Aswan on the Nile River. The dam was a co-operation project between Cairo and Moscow for getting control over the Nile flooding and generating electricity.

The unfinished obelisk was built by orders of the mighty Queen Hatshepsut but, unfortunately, they discovered a crack in the obelisk during construction so they abandoned the project.

The temple of Philae was built to honor the goddess Isis around 690 BC. It served as one of the last sacred places where the goddess was worshipped and the cult of Isis continued there.

Later you will go back to the Nile cruise for rest and overnight.

Early morning on the sixth day you will have your breakfast boxes from the Nile cruise then we will transfer you to Abu Simbel with a private car where you will visit:

After finishing your unforgettable visit to Abu Simbel temples you will be transferred back to the Nile cruise overnight in Aswan.

Breakfast will be served on shipboard on the morning of day seven while sailing back to Kom Ombo. Next, you will be accompanied by your tour guide to visit the

The temple of Kom Ombo was built in the reign of King Ptolemy V at the Greco Roman time “205 BC – 180 BC“. The outstanding architectural design of the temple is unique as it is divided into two symmetric sectors. The first one is dedicated to the Sobek the crocodile god and the second is dedicated to Horus the falcon god of the sky.

After that, you will go back to your Nile Cruise for lunch & dinner and sailing towards Luxor city.

In the morning, breakfast meal will be served on the cruise then you will visit the marvelous attractions of the eastern bank of Luxor:

Karnak temple construction completed more than 4000 years ago. The temple is dedicated to the Egyptian god Amun and his goddess wife Mut and considered one of the biggest religious buildings in the world.

Then back to the cruise and enjoy your lunch, at night you will experience a unique tour to:

Luxor temple was built in 1400BCE to praise Amun the Sun God during the reign of Pharaoh Amenhotep III. The temple contains a lot of well-carved pillars with magnificent carvings decorate the whole place.

Later we accompany you back to the Nile Cruise for lunch and overnight.

Day 9Go to the Landmarks of Old Cairo

On day nine, morning you will have breakfast and disembark from the Nile Cruise. After that, you will go to Luxor airport to catch your flight to Cairo. At Cairo you will discover the beauty of the old districts of the city starting with:

Located at the heart of Cairo city, the Egyptian Museum is the biggest Museum in Egypt features more than 120,000 unique artifacts, relics, and instruments.

You will have your lunch at a nice local restaurant in Cairo. Then you will visit:

The hanging church was constructed In the 5th century AD with marvelous outstanding Coptic decorations and writings making it pleasant to the Eye.

Amr Ibn Al-Aas mosque is considered the most Islamic legacy as it was the first mosque ever built in Egypt and Africa. It was built in 641 AD by the great Muslim commander Amr Ibn Al-Aas.

Before the 1950s, Ben Ezra Synagogue was considered the main religious center of the Jewish community in Egypt. The place is used to be a church before it was converted at 882 AD.

Khan El Khalili is a tremendous Bazaar that spread across an old street that is decorated and paved on the Islamic style. The Bazaar was built in 970 AD featuring a lot of wonderful shops and Egyptian style cafes.

At the end of your tour in old Cairo, you will go to the hotel for overnight.

Note: Breakfast will be included onboard the cruise.

You will have your breakfast meal at the hotel in the morning After that you will check out from your hotel in Cairo. Next, we will take you to Cairo airport to fly safely home. This will be the end of your 10 days luxury vacation in Egypt. 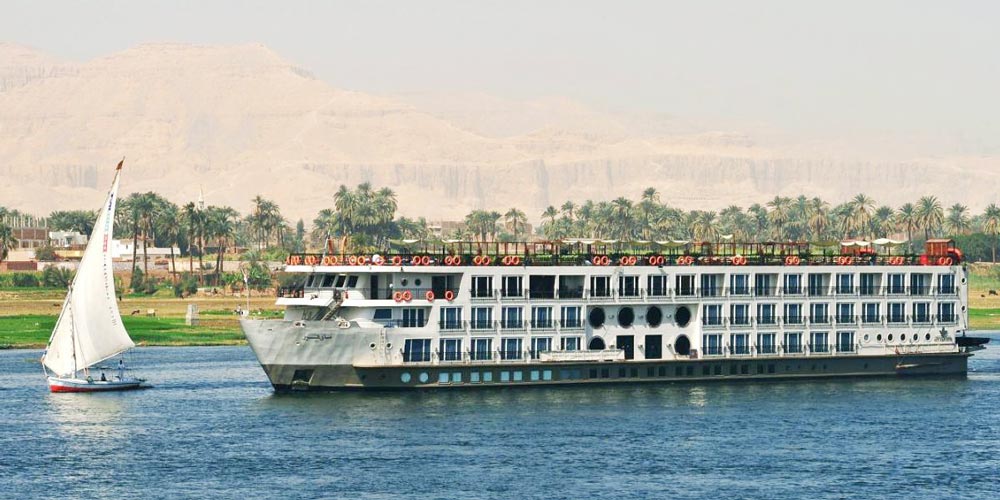 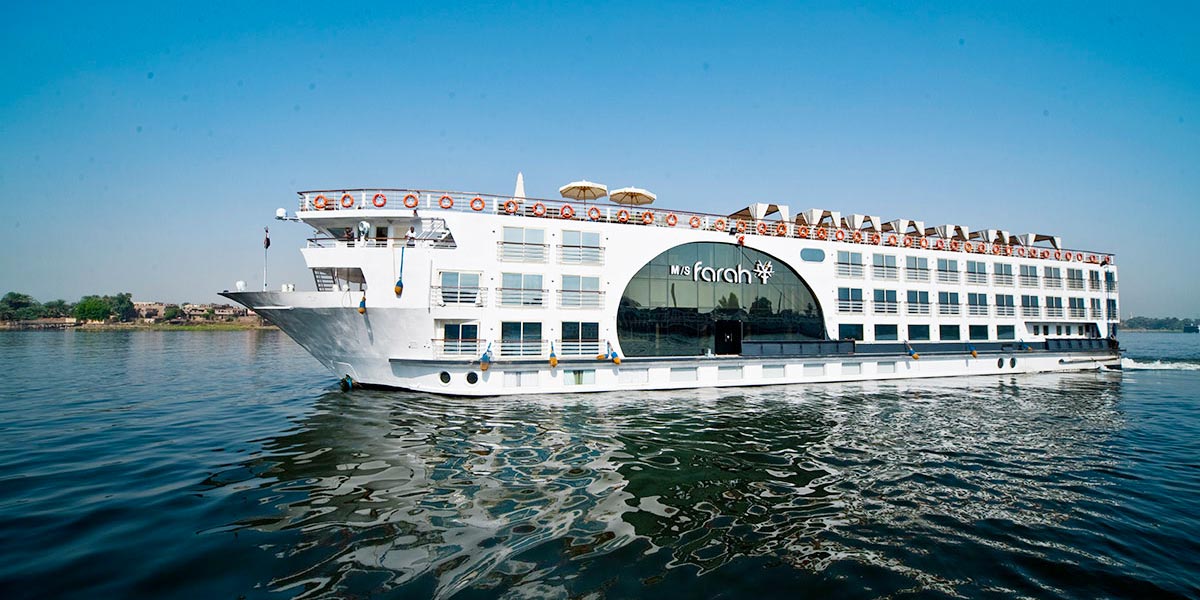 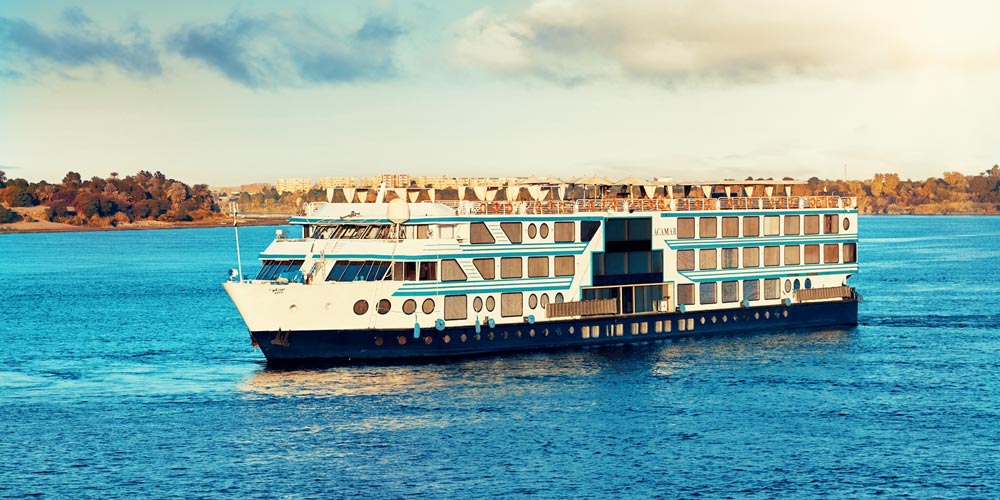 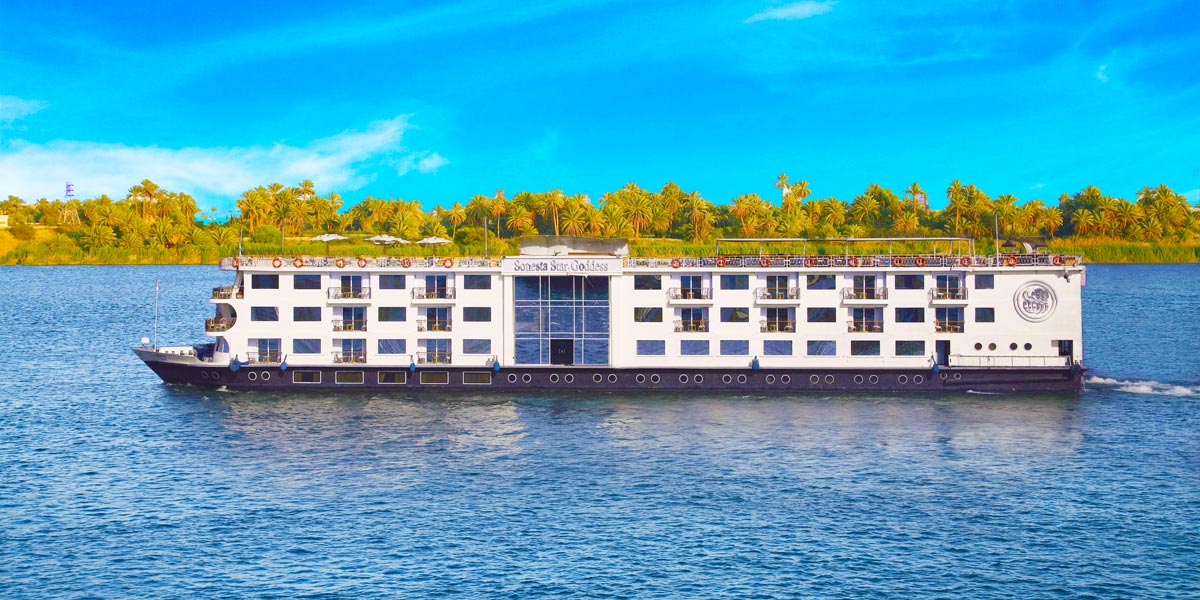 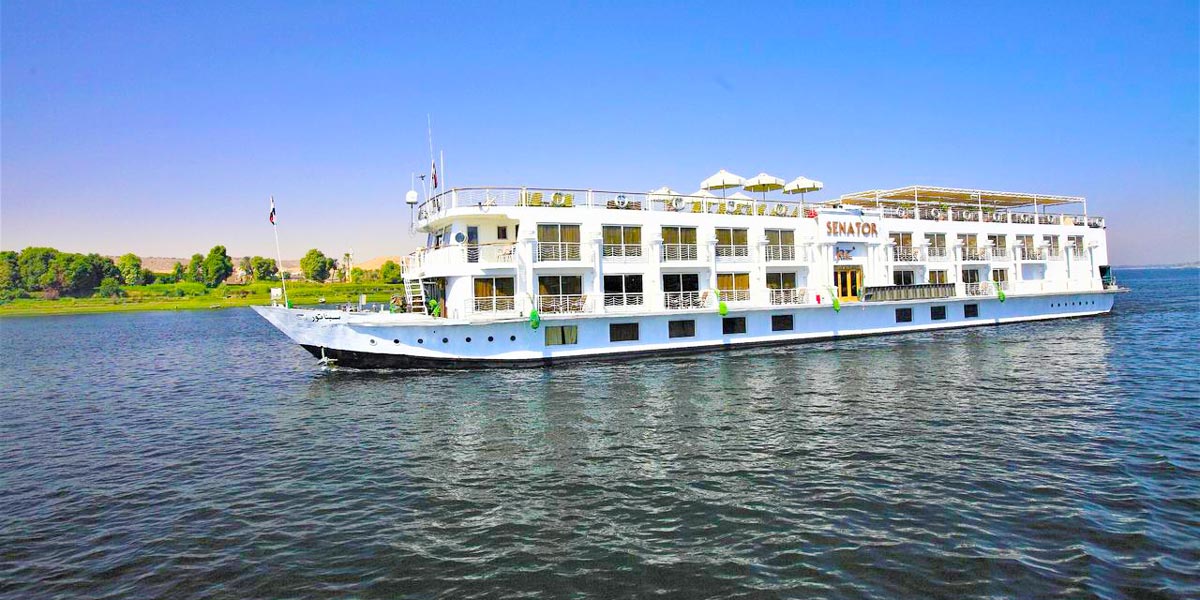 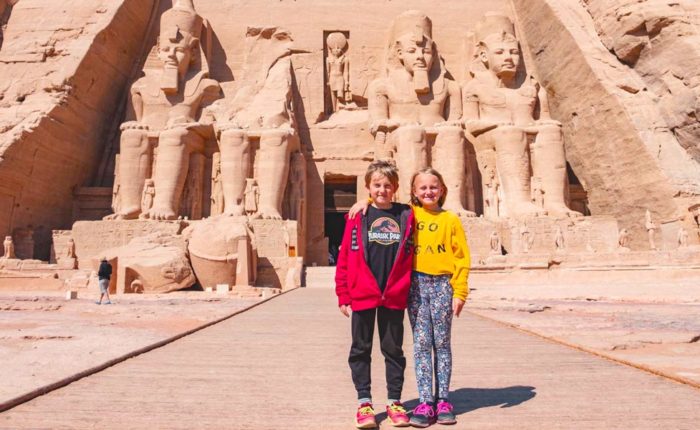 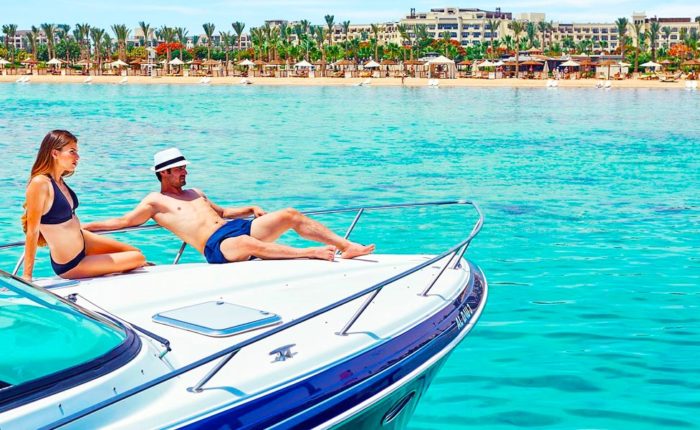 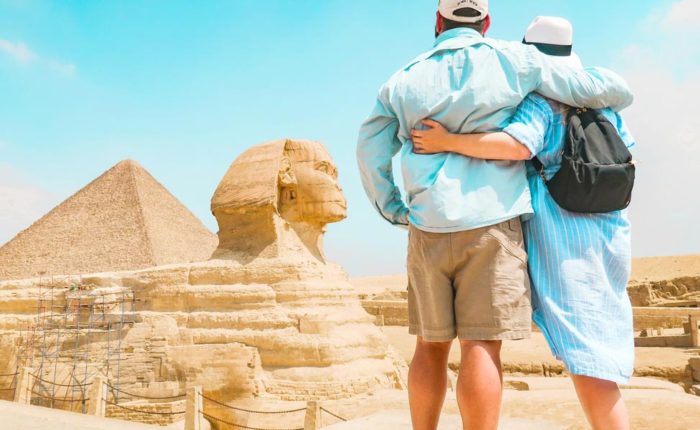 “Wonderful tour! Trips in Egypt made an excellent work of putting our private tour together. Everything was above extraordinary!” hotel accommodation and Nile cruise were luxury. our tour guides “Omar & Mohamed” was amazing and knowledgeable. I recommended this tour for everyone who prefer to explore Egypt in a luxury way.