Queen Cleopatra VII Philopator was the last ruler of Egypt from the Ptolemaic kingdom. She ruled with her two older brothers and then with her son for about three decades. She was a general under the orders of Alexander the Great during his conquest of Egypt in 332 B.C. She was clever, educated, and knew several languages and that is why she was the dominant ruler in all three of her co-regencies. In addition to this, she was a naval commander, a medical author, and a diplomat. Koine Greek was her first language and the queen was the first Ptolemaic ruler to learn the Egyptian language. Through our article, you will know all the information about Queen Cleopatra:

The History of Queen Cleopatra

Queen Cleopatra got a son called Caesarion “Ptolemy XV” from a relationship with Caesar. She traveled to Rome in 46 B.C and stayed in the villa of Caesar. Caesar was killed in 44 B.C and Cleopatra wanted Caersarion to be his heir but his grandnephew Octavian was the one who took the leadership so Cleopatra had Ptolemy XIV killed and elevated her son Caesarion as a co-ruler. Cleopatra had identified herself with the goddess Isis, the sister-wife of Osiris, which was an Egyptian tradition to associate royalty with divinity to strengthen the position of kings and queens.

Queen Cleopatra and Her Memorable Love Story with Antony 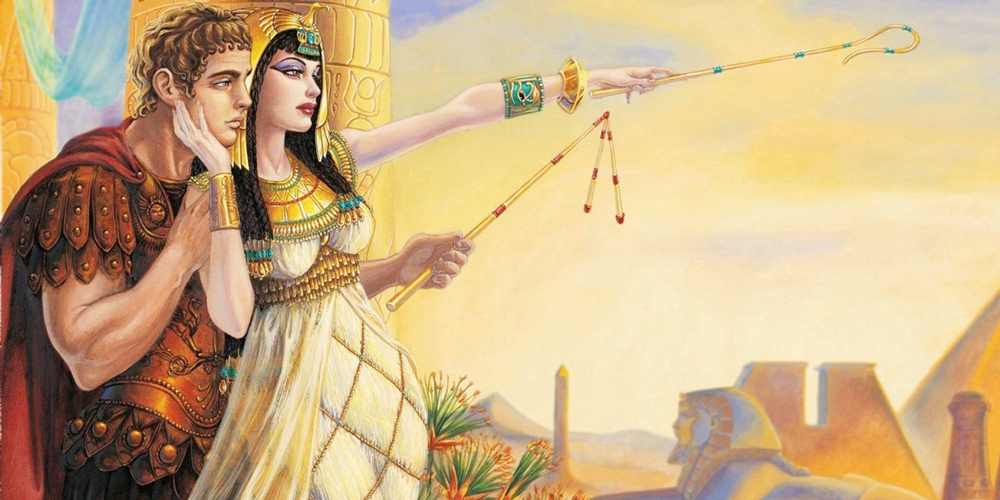 Cleopatra met Mark Antony at Tarsos in 41 BC, and this led to a lovely relationship between them. Antony was seduced with her charm as she was dressed in the robes of Isis so he promised to take care of her and protect Egypt. They got three children out of their relationship, who is Alexander Helios “sun”, Cleopatra Selene II “moon”, and Ptolemy Philadelphus. Antony relied totally on Cleopatra on both the funding and the military and all through his invasions. Cleopatra’s children were declared rulers over some lands under the authority of Antony.

Octavian forced Antony’s supporters in the Roman Senate to flee Rome in 32 B.C and declared war on Cleopatra. Antony and Cleopatra were defeated in the Battle of Actium in 31 B.C by Agrippa, the general of Octavian. The forces of Octavian invaded Egypt in 30 B.C and caused the suicide of Antony. Upon discovering Octavian’s plan, which was about bringing Cleopatra to Rome for his triumphal procession, she committed suicide by poisoning “Was Bitten by an Asp”. The asp is a symbol of divine royalty. According to what Cleopatra wished for, she was buried next to Antony. Octavian was left to celebrate his triumph over Cleopatra, his conquest to Egypt, and his consolidation of power in Rome.

Queen Cleopatra as an Ancient and Modern Icon

Queen Cleopatra was the most famous female rulers in Ancient Egypt and her legacy survived in many works of art in either ancient or modern. She was described in Roman history and in the Latin works. Ancients depict Cleopatra in visual arts through Roman and Ptolemaic coinage, statues, busts, reliefs, cameo glass, cameo carvings, and paintings. Cleopatra was even the main subject in the renaissance works, which included sculptures, paintings, and dramatic works such as the dramatic work of William Shakespeare “Antony and Cleopatra” in 1608. In Modern time, they use Cleopatra as a commercial brand just like the Hollywood movie; Cleopatra in 1963. 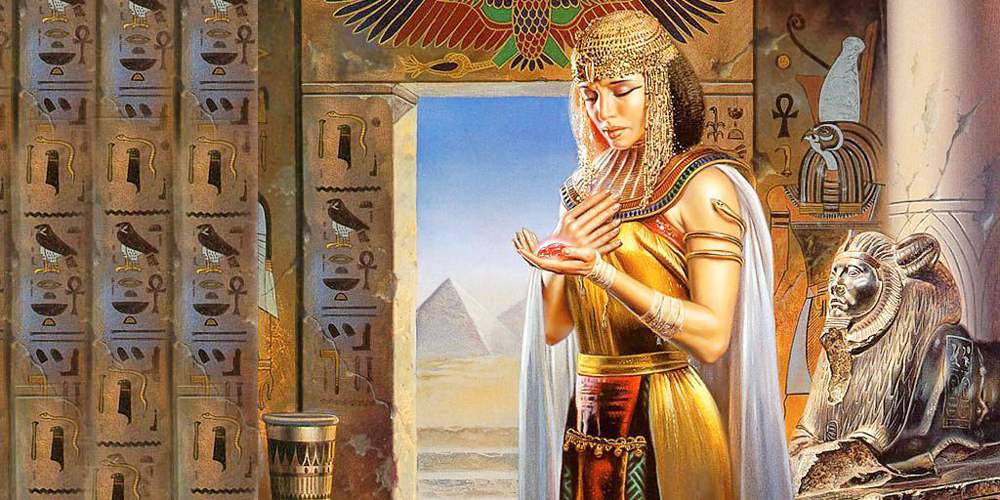 The story behind Cleopatra’s death isn’t accurate as Antony, her beloved was stabbed in his stomach but the story about her bitten by an asp “A Viper or an Egyptian Cobra” isn’t certain. Some Egyptologists believe that she was poisoned through one of her combs. Many scholars assume that she used a pin dipped in some form of potent toxin.

Enjoy A Memorable Journey to Egypt

There are many enchanting destinations around the world, but there is nothing like majestic Egypt. Through our Egypt tour packages, you will be the witness to the charming combination between some of history’s oldest attractions and artifacts, which hold amazing wonder and beauty. Don’t miss our chance and book us now: