Cairo city is the overwhelming capital in Egypt that is known to be the main and the most important tourist destination and is visited by thousands of tourists daily as it combines joy, intrigue, annoyance, wanderlust, aloofness, and many other feelings together making it the most favorable tourist spot. Within this fabulous city, there are tens of festivals in Cairo that go through fashion, art, music, culture, film, or even sports, and tourists love to enjoy some of those festivals in Cairo to know more and more about the Egyptians customs, traditions, best festivals, sensational feelings, and experiences. 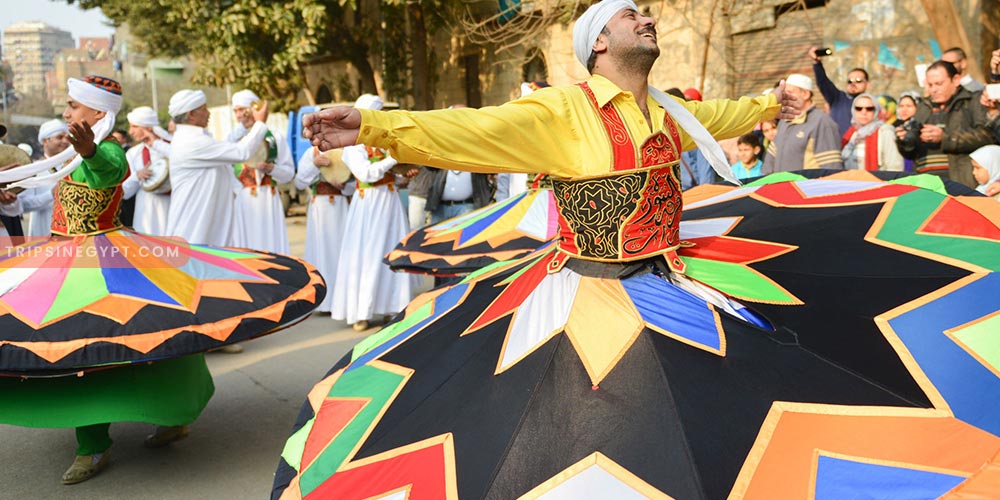 Here are the most interesting Festivals in Cairo which one must encounter while wandering through the streets of that 16th largest metropolitan site in the world:

Downtown the city of Cairo witnesses every year a spectacular Contemporary Arts Festival for 3 weeks in the duration between March & April. That festival is sponsored by D-CAF’s. You will find in such a wonderful festival a collection of the best aesthetically & culturally performances in an attempt to stimulate local and international events that include different types of arts both performing & visual ones, music, workshops, seminars, and other prominent visions that take place all around the crowded streets of downtown.

The most interesting thing about that festival is that it extends part of its programs in the downtown area of Alexandria. And through that festival, youth seize the opportunity to introduce their best dynamic experiences to the whole people attending the festival.

2. Panorama of the European Film

The best team of expert organizers & programmers of Misr International Films & Zawya Cinema are responsible for organizing the best selections of these film festivals and introduce them to such a breathtaking festival. There are a number of amazing cinemas around the downtown of the city including Zawya, Cinema Karim, and the art-Cinema and the festival has expanded its shows all over Cairo in addition to some cultural centers including the Italian Cultural Institute, the French Institute, and Goethe Institute. The major aim of that program is to categorize films under many sections to cultivate & exchange perspectives around many themes and subjects.

Such a wonderful festival has amazed and attracted lots of audiences, discussions, and international guests every year especially those who seek to check how the European film has affected the one in Egypt. The location of that festival is Misr International Films, 35, Champollion Street, Downtown Cairo.

It is considered among the most impressive annual festivals in the Middle East & in Africa since 1976 which is recognized by the culture Ministry. The International Federation of Film producers Associations have granted the A category and this turned the Cairo International Film Festival into the same world festival level in Montreal, Berlin, and Cannes. Actors, actresses, and directors come from all over the world to celebrate such a charming festival and in addition to this; the festival arranges a wide variety of films that are divided into different categories to highlight the diversity of cinema cultures especially in Egypt’s and the Arab World.  The location of that festival is in Cairo Opera House.

There is nothing more interesting than the gathering of more than 60 food chains in such a festival and offer many types of really amazing delicious cuisines that you can ever think of. You will find the biggest collection of Spices and tastes in one place for both the local and the international food in addition to the major types of drinks to celebrate chefs in one place. This festival witnesses different cooking competitions, lots of stand-up comedies for fun, and there is also a dedicated area for kids. Everyone can enjoy this lovely luscious day and have fun with the whole of your family. The location of that festival is in Family Part, New Cairo.

For all Athelets out there who really admire sports, you will enjoy it the most while attending Egypt Fitness Fest and in fact, many fitness & healthy frenzies wait for that fest to attend every year. It lasts for a couple of days and it lets everyone get engaged in vigorous varieties of many free fitness sessions including Les Mills, Zumba, Cross Fit, Kids Fitness, and a lot of other activities. You can attend that festival in Katameya Sporting Club (Petro Sport), Plot 171, El Tessein St. 5th Settlement, New Cairo, Cairo

The history of that festival gets back to a few years ago when some fashion entrepreneurs have arranged a big fashion event and since then, it has become one of the biggest annual fashion festivals in Egypt and also in North Africa. It has attracted more than 4000 guests since 2012 including some local & international talented people and professionals. Also, other non-talented people including buyers & retailers come to attend such a lovely festival to check some of the worldwide brands. The location of that festival is in Cairo Festival City Mall, 5th Settlement, New Cairo.

Jazz music is the most favorable type of music for many people around the world and in the city that never sleeps; you will get an exclusive opportunity to attend the Cairo Jazz Festival where you will get the chance to listen to the beauty of sounds that comes out of the brass & wind instrument. Such a festival is celebrated in Egypt since 2009 and you will find there very talented Egyptian artists along with international musicians. The festival lasts for four days and you can attend it at 28 Falaki St, Bab El Louk, GrEEK Campus, Downtown Cairo.

If you love dancing and really love theatres, then this is one of the most mesmerizing festivals that you will with no doubt love to attend. Every year and for 4 days, Studio Emad El-Din Foundation organizes that festival which brings the best creative contemporary dance & many fascinating theatre performances. There are also some cards that are given to the audience to choose the winners and you will feel much energy and enthusiasm during that time that fills the stage. The location of that festival is: 24 Falaki St, AUC Falaki Theatre, Downtown, Cairo

In Cairo, there are also special festivals that will amaze your kids and make them spend an unforgettable time. Such a festival provides Children with their families with some thrilling engaging platforms to attend live theatre shows, story-telling shows, interesting workshops for children, and much more really amazing performances. There are also other stimulating topics that revolve around the great importance of education art for children in Egypt and all over the world. That festival is organized by AFCA for arts & culture. More than 2500 guests have attended that festival in the past years and it is always eager to attract much more children from all over Egypt. You will find that festival in Hanager Theatre, Cairo Opera House

Among the most interesting festival that is held in Cairo is the legendary Fold music festival that helps to improve your sense of history by delivering the best historical folkloric music. You will find a very long line of cultural & heritage songs in Egypt that face the growing westernization and you can hear such incredible traditional songs in a huge Folk Music festival that brings an array of the best traditional musicians who live in Egypt and all around from the whole world to revive folk music. There is a wide collection of folk artists including Sufi, Bedouin, Nubian, and many others and you will with no doubt love to attend such an incredible event. Its location is: 28 Falaki St, Bab El Louk, GrEEK Campus, Downtown Cairo

Every time you decide to come to Egypt to enjoy your vacation, you will get amazed with the amount of the best celebrations, events, and festivals that you can attend and with us “Trips in Egypt”, you will live the best and the most enthusiastic adventure you have always wanted. All of what you need to do is to choose from our Egypt travel packages the most suitable one for you and let the rest upon us to arrange the best tour in life for you and for all of your beloveds so don’t waste any time and let the adventure begin.