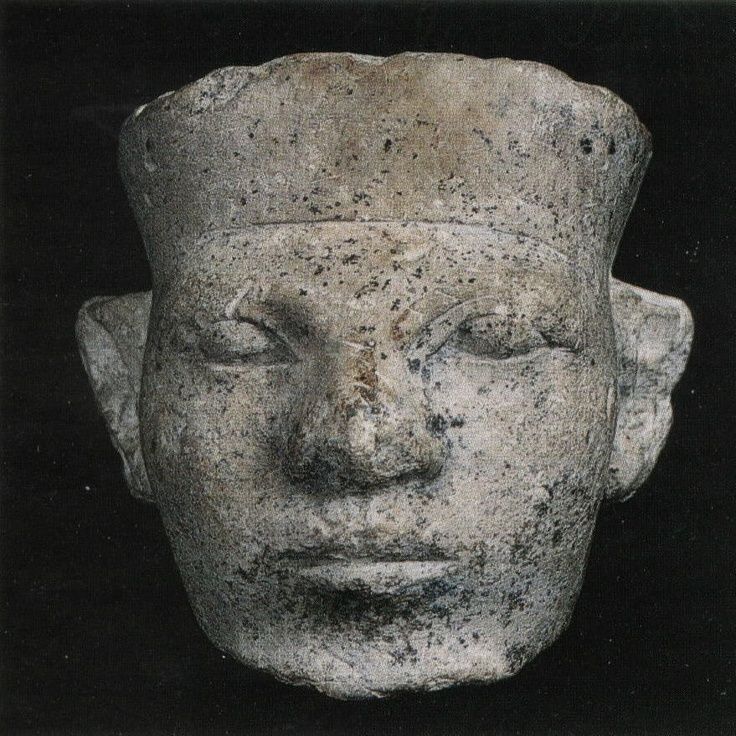 King Menes was a great ancient Egyptian king, who was the successor to the Protodynastic king Ka, or possibly scorpion. He is considered the unifier of Egypt at the beginning of the first dynastic period (3150 – 2613 BCE) and the founder of the first dynasty the capital of Memphis. Here all information you need to explore about King Menes:

King Narmer came into power after King Scorpion. Before this amazing king, Egypt was divided into two parts it’s Upper Egypt (the Nile Valley region in the South, whose culture and cities were more developed) and lower Egypt (the Nile Delta region in the north that was primarily rural and agricultural). Moreover, he developed significant trade with nearby southern Canaan, as well as other neighboring countries. Religion has developed during the reign of Narmer and many religious symbols have emerged such as the “Ankh”, the symbol of life and “Djed Pillar“, which represents stability.

The names of Narmer and Hor-Aha were found inside Neithhotep’s tomb, which means that Neithhotep was Narmer’s queen and she is the mother of Hor-Aha. She was the princess of Lower Egypt exactly in the area that Narmer conquered to unify Egypt and her name means, Neith is satisfied. 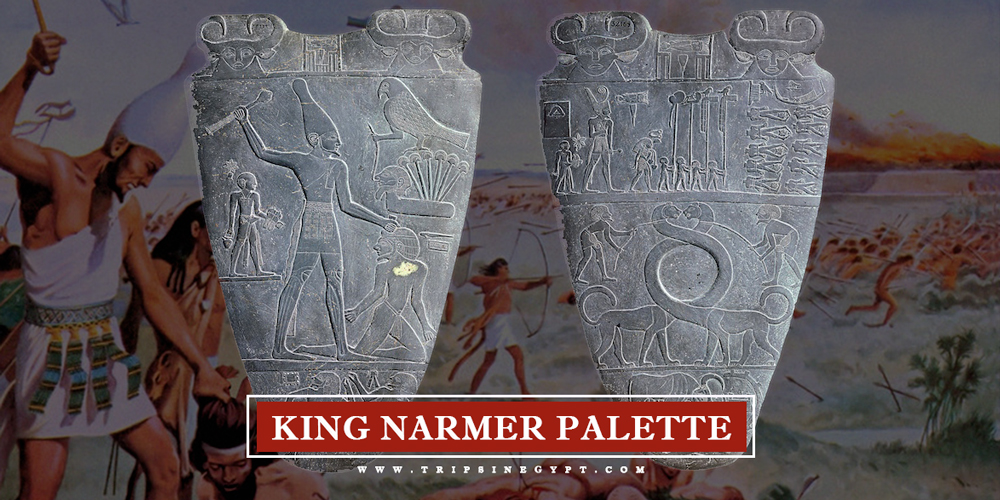 Narmer palette is about 64 cm tall. This palette is carved of one piece of siltstone from its two sides, which depicts Narmer’s accomplishments. One side of the palette shows Narmer sacrificing he defeated in a celebration and on the other side, he wears the two crowns of Egypt “The Upper and Lower Crowns”, which have been merged into one single crown called “The Double Crown”. This palette is so important as it shows Narmer wearing the red garland of Lower Egypt and the white garland of Upper Egypt, which tells us the fact that Narmer unified Egypt in a universal state in 3150 B.C.

The palette also shows the clothes and the writing related to that period, that’s why this palette is considered to be one of the greatest ancient Egyptian treasures that depict a true transformation in the state of Egypt and the high quality of the workmanship. Its original function was a ritual object dedicated to a god. It was discovered among other ritual objects that were used for burial ceremonial in a controlled excavation and there are a number of formal and iconographic characteristics appearing on the Narmer palette that remain conventional in Egyptian two-dimensional art for the following three millennia and that’s why the palette of Narmer is an unconventional historical monument. 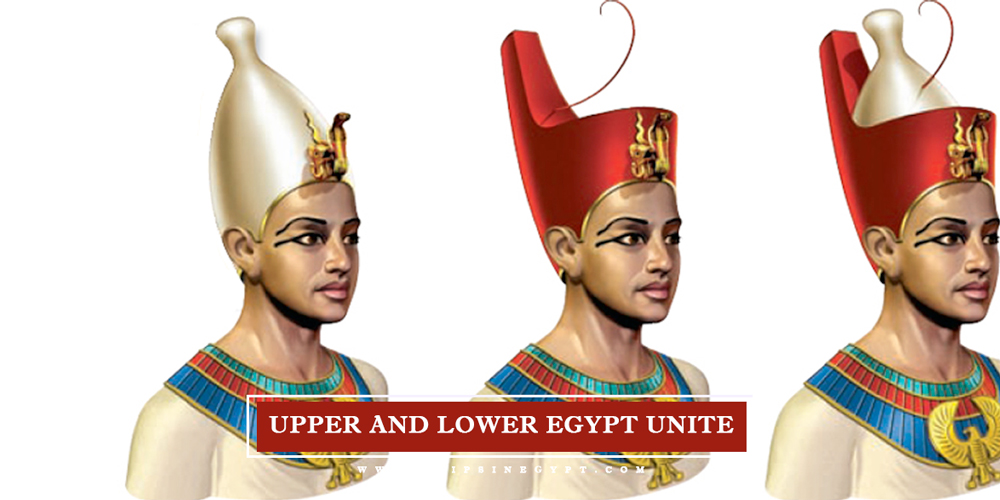 King Menes was the first king of Upper Egypt. The Great peaceful unification of Egypt is depicted on the Palette of Narmer. It shows a king, identified as Narmer, as a military figure conquering a region, which is clearly Lower Egypt. The name Menes means “He Who Endures” so it is a title not a name for Narmer. The main target of the Unification battle of Egypt was to set economic stability in Egypt.

Upper Egypt was more prosperous and wealthy than Lower Egypt, which enabled Narmer and his army to win the battle in Lower Egypt and being able to unify Upper and Lower Egypt. Narmer was the one who was responsible for the rising of great civilizations of the ancient world. There are bull’s heads at the top of the palette that can be interpreted with heads of cows, which represents goddess Hathor. This is an important feature, which represents the king’s power and vitality.

This magnificent palette of King Narmer displayed now in the Egyptian Museum in Cairo. The palette was discovered by the British archaeologists Quibell and Green in the Temple of Horus at Nekhen in 1897-1898 CE.  Nekhen was the early capital of the first Dynasty of Egypt.

The Tomb of King Menes

King Menes tomb is located in a place near Abydos in Upper Egypt next to the tombs of Ka. It has two joined chambers lined in mud brick. There are many inscriptions on wood and bone, seal impressions, as well as dozens of flint arrowheads. Most of the kings of Ancient Egypt buried in Umm el-Qa’ab had funerary enclosures in Abydos’ northern cemetery.

Egypt had a great economical state in the southern Canaan during the reign of King Narmer. A lot of Pottery Shreds have been discovered in different parts of the sites and twenty serekhs have been discovered, which are thought to be belonged by Narmer. Those Serekhs come from different eight locations and Egyptologists aren’t considered from eight of them if they belong to Narmer or not. The Serekh of Narmer has been found at the Wadi ‘Ameyra in the southern Sinai.

Finally, Egypt civilization has lots of hidden secrets that discover day-by-day. So if you one of the fans who passion to discover facts about an ancient civilization in Egypt, then “Trips in Egypt” provides a variety of Egypt vacation packages and Nile river cruises who will enable you to explore all entire information about ancient Egypt with a professional tour guide. Don’t miss the chance and book us now.