The Story of Osiris and Isis

The story of Osiris and Isis started from the beginning of the ancient Egyptian civilization, Osiris held the position of the ruler of Egypt next to his Wife Isis goddess of motherhood & healing. He was totally responsible for everything like the creation of law, religious instruction, culture and anything surrounding agriculture. He was highly respected by the public and other ancient Egyptian gods as he honored his Father Ra and his siblings by keeping everything in harmonious balance according to the principles of Maa’t of absolute Balance and Harmony. His brother Seth “God of the Desert” became highly jealous of his power and glory so he came up with a plan to kill him which involved a beautiful chest.

Osiris Demise By the Hands of His Evil Brother Seth 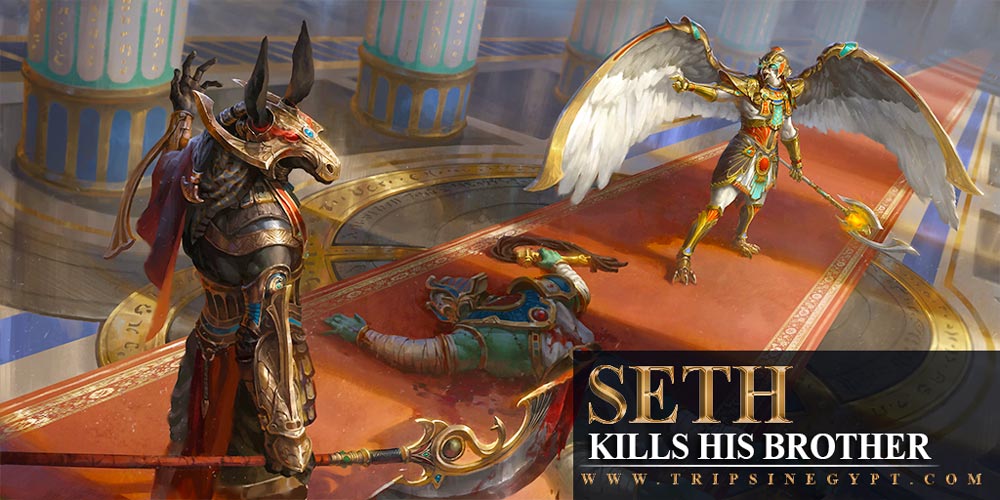 Seth held a party and declared a competition as he brought a chest and promised that the one who can fit inside it will give to him as a gift but the trick was the chest was built perfectly for Osiris. So when Osiris lay in the chest, set slammed it shut and then thrown to the Nile where he suffocated to death. Then Set took control of Egypt and new age chaos, terror and darkness began.

Isis started to look for her husband and vowed to return him back to the world of the living. She was able to find his body and began to prepare the needed magical potions and left the body under the protection of her sister Nephthys the mother of Anubis and Seth’s wife. Seth was able to discover the location of Osiris’ body through her then he cut the body into 42 pieces and thrown all across the land and the Nile of Egypt. Isis was horrified by what set did to the body of Osiris but she didn’t surrender as she collected all the body parts and was able to bring him from the dead but he was not complete so can no longer rule the living so he became the lord of the underworld.

The Revenge of Horus Upon His Evil Uncle Seth 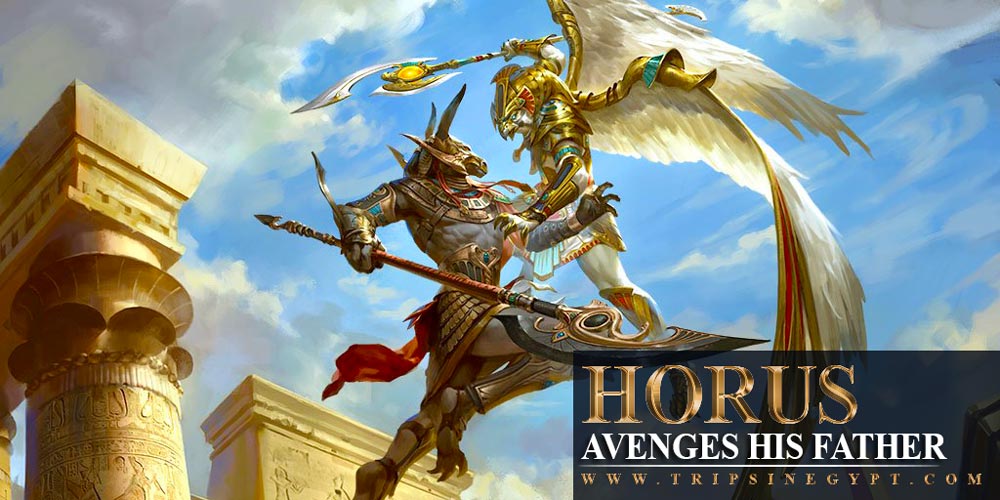 Before Osiris descends to the underworld, he and Isis gave birth to Horus the Sky God. Horus was raised in absolute secrecy because of his evil uncle Seth, Horus was repeatedly attacked by all the savage creatures sent by set during his hellish childhood.

When Horus came of age and became a powerful warrior, he challenged his uncle in battle which lasted for 8 years on the location of the current Edfu temple. Set was able to steal one of Horus’s eyes but it didn’t make any difference as he was defeated by Horus and banished into the deserts. The rest of the gods recognized Horus as the rightful heir of Egypt and a new era of peace, prosperity and harmony began. The images of Osiris were quite popular among kings and the normal public a symbol for justice, resurrection and the source of kingship, also Isis was featured as a symbol of infinite love, compassion and motherhood and Horus was a symbol of victory.

Discover All the Beautiful Hidden Tales Found Around Egypt

There are so many stories available on ancient Egyptian mythology beside to the story of Osiris and Isis, but attempting to explore them for real is a unique chance only to be found through Egypt tour packages with an expert tour guide who will take you onboard  a Nile cruise between Luxor & Aswan where you will be able to explore the stories of ancient Egyptians myths which are carved on the walls of temples.