Edfu Temple “The Temple of Horus”

Edfu temple is the most impressive one among all Nile temples between Luxor and Aswan. It is located in Edfu city, which is located 60 km north of Aswan on the west bank of the Nile River in Upper Egypt. It was established during the Ptolemaic Kingdom between 237 and 57 BC. Edfu temple was the center of the cult of a triad of gods. Edfu city was known in the Greek documents as, “Apollopolis Magna”. The reason behind this was that Horus was identified by the Greeks with their god Apollo. Edfu flourished a lot in the ancient era and the most important touristic landmark in it is Edfu Temple. It dates back to the Ptolemaic period. Here are all the information need to know before visiting Edfu temple:

The History of Edfu Temple 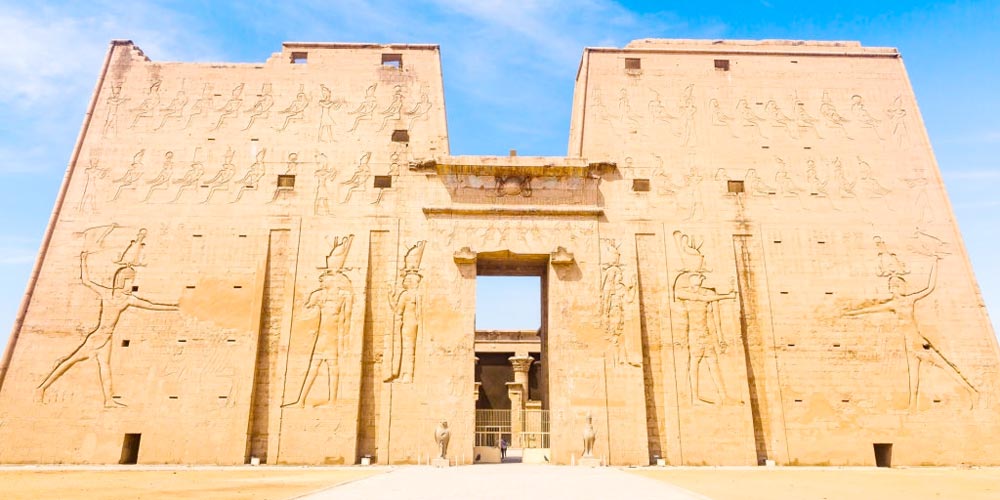 The construction work of Edfu temple began about 237 B.C during the reign of Ptolemy III and it was finished during the reign of Ptolemy IV in 57 B.C. The temple’s construction and its additions took about 180 years. It consists of the Mamisi, which is the house of divine birth and it consists of an entrance, a chapel, and a court. Its walls are decorated and they show the divine birth of Horus.

It consisted of a pillared hall, two transverse halls, and a barque sanctuary surrounded by chapels. Many of the temple’s carved reliefs were razed by followers of the Christian faith, which came to dominate Egypt. Throughout the centuries, Edfu temple has been buried under the desert sands to the depth of 12 meters. The temple pylons were identified by the French expeditions in 1798. The French Egyptologist Auguste Mariette began to free the temple from the sands in 1860. Edfu temple is a great example of the Egyptian temples because of its archeological significance. 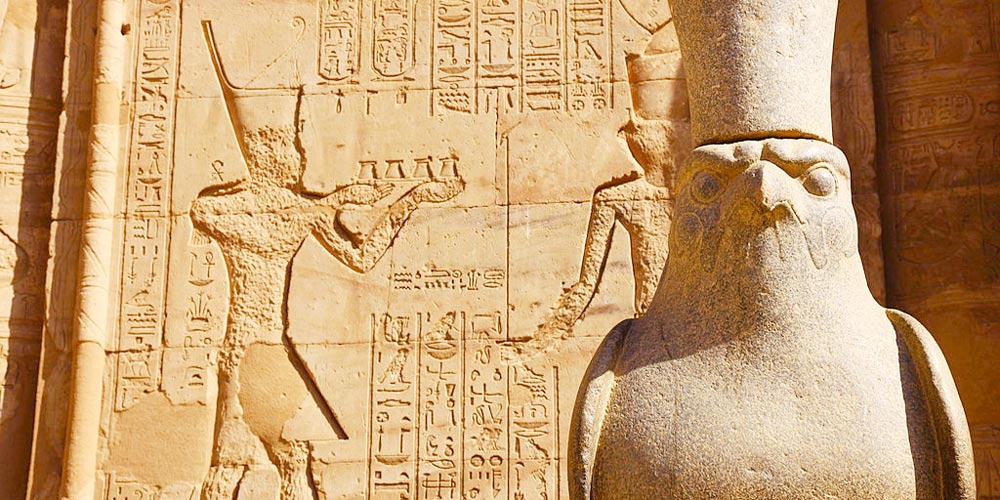 The Description of Edfu Temple 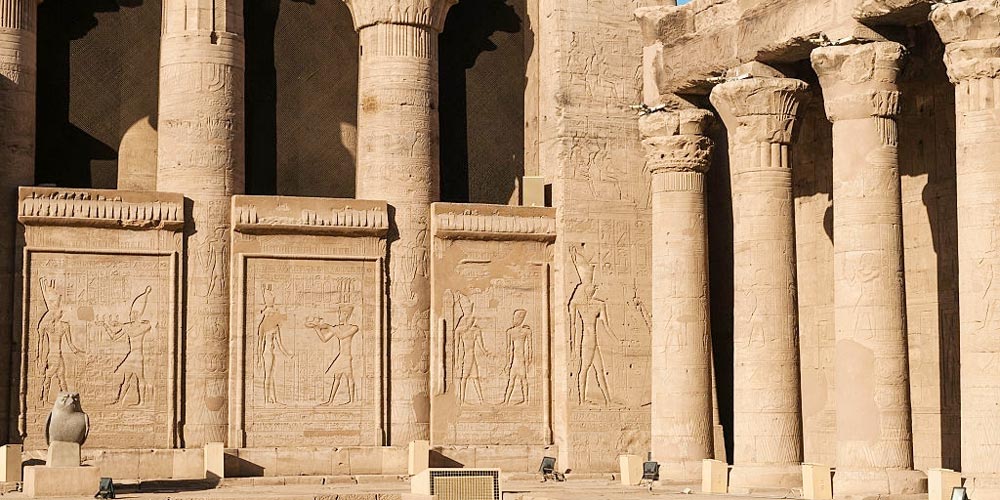 Edfu temple has one of the amazing pylons among all of the Egyptian temples, which is 37m high and decorated with battle scenes, representing King Ptolemy VIII smiting his enemies before the god Horus. There is also an open courtyard that contains columns with floral capitals. It is also known as the court of offerings. There is a hypostyle hall that contains 12 columns to support the roof. At the end of this magnificent temple, there is a sanctuary that includes a niche where there is a statue of the god. This sanctuary is surrounded by 12 rooms. There are many religious scenes on the walls of the sanctuary. Some rooms were dedicated to religious purposes.

There is a Nilometer, which is considered to be the most important element of the temple as it was used to measure the water level of the Nile and a chapel, which was dedicated to goddess Nut, there are many battle sceneries over the temple walls, which gives the temple its touristic importance. The wall that is located in the northern part of the court shows the marriage of Horus and Hathor, which is celebrated twice yearly, once in Edfu temple and the other is in Dendera temple, it includes a pylon that was built by Cleopatra’s father in the first century BC. It leads into a peristyle court and then a hypostyle hall that precedes the sanctuary of Horus.

The Architectural Elements of Efu Temple 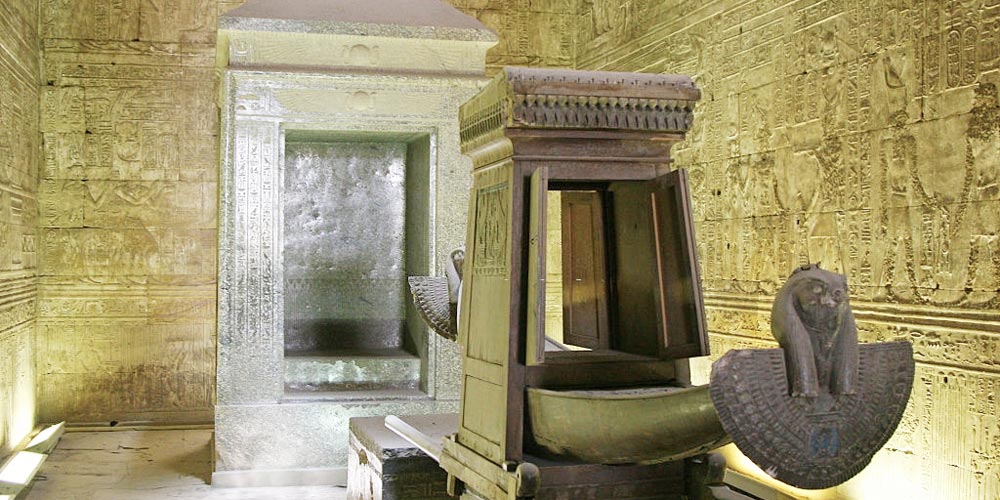 Live the Ancient Fairy Tale with “Trips in Egypt”

Egypt is full of history, culture, archaeological sites, charming beaches, and more, Discover the hidden secrets in the breathtaking temples and tombs of Egypt, enjoy one of our Nile cruises packages and discover the enchanting monuments of Luxor & Aswan, relax in the best resorts in Hurghada. Don’t miss the chance, check our Egypt tour packages and choose your suitable trip: