Abu Serga church is considered one of the oldest Coptic Orthodox churches in Egypt. It dates back to the 4th century and its importance is seen in its impressive history. The location of the church is believed to be the spot where the Holy Family “Joseph, Mary and the infant Jesus Christ” rested at the end of their journey into Egypt during their escape from King Herod. It is also the location where many patriarchs of the Coptic Church were elected and the first among them was Patriarch Isaac. Here everything to know about Abu Serga church:

The History of Abu Serga Church 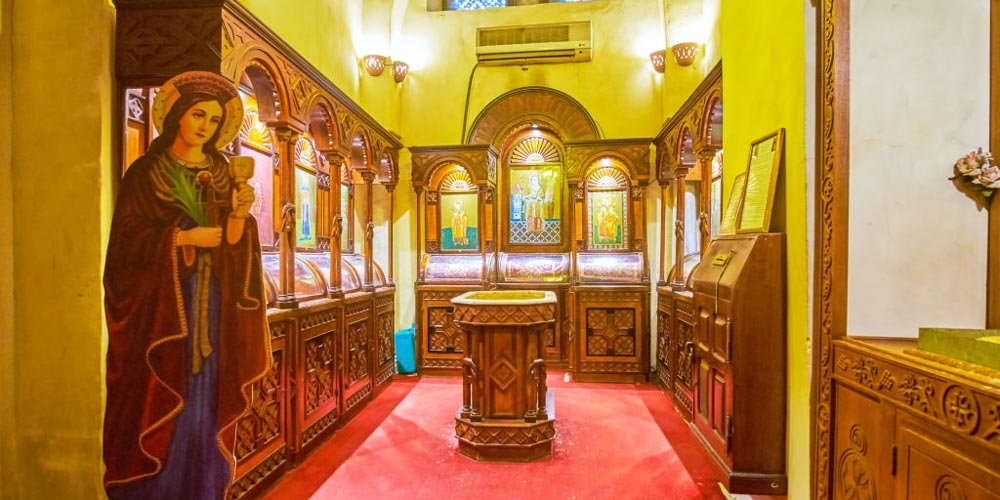 Abu Serga church was dedicated to Saints Sergius and Bacchus, who were great soldiers martyred during the 4th century in Syria by the Roman Emperor Maximian. Saint Sergius died during the intense Christian persecution with his father & his sister and Christians celebrate his memory every year on February 7th. The construction of the church started in the 4th century and ended in the 5th century. During the fire of Fustat, the church was burned and was restored in the eighth century. The southern wall of the church depicts the most important Coptic icons. Inside Abu Serga church, there is a central hall, which is divided into three naves by two rows of pilasters. The seat of the Pope of Alexandria was moved from Alexandria to Cairo in the 11th century after the Arab invasion of Egypt and the Hanging Church started to be the main Coptic Orthodox seat of Pope Christodolos in 1047.

Why Is It Called Abu Serga Church? 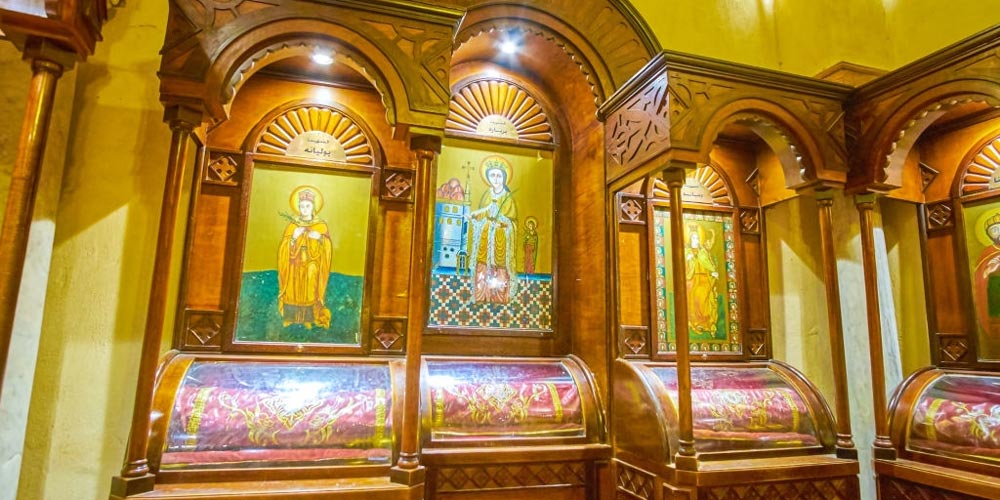 Abu Serga church is the Arabic translation of Saints Sergius & Bacchus church, which was built over the site of the cave where the Holy family sheltered during their sojourn in the area.

The Construction of Abu Serga Church 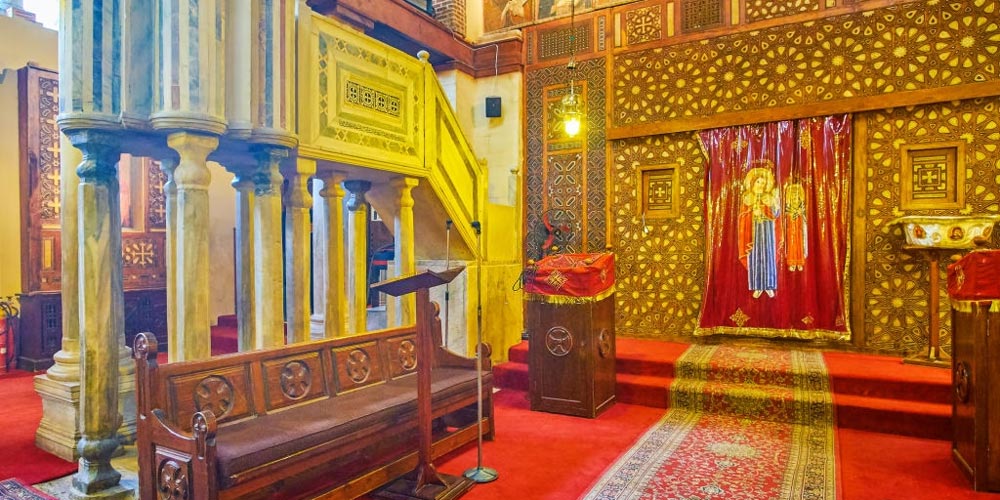 The type of Abu Serga church is of the basilican one, which is supported by two lines of colonnades. Each one of the 12 columns contrasts the other with its red color, which represents Judas Iscariot. There are also traces of mural paintings on these columns. The central sanctuary’s screen dates back to the 13th century. After descending some steps, you’ll find yourself inside the crypt, where the Holy family sheltered before. While ascending from the other side of the crypt, you’ll behold the well blessed by the Christ Child.

What you Can Inside Abu Serga Church 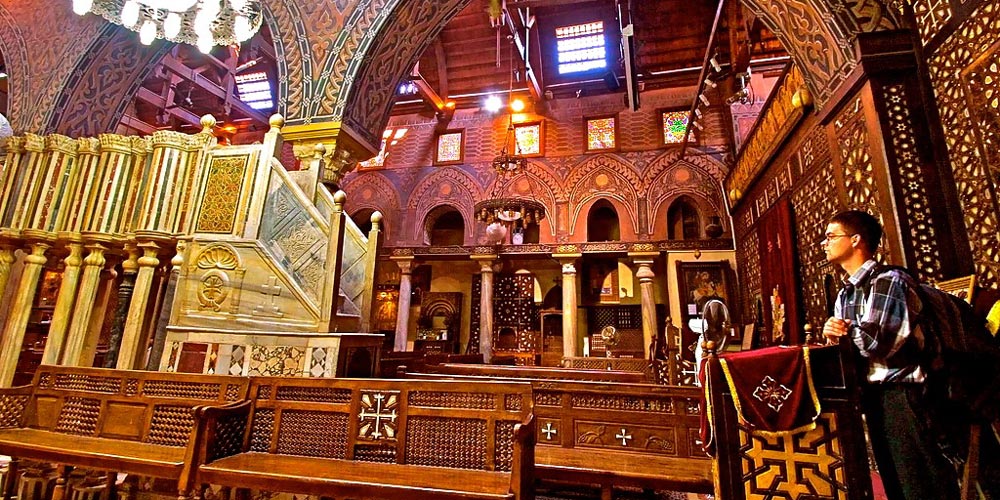 Inside Abu Serga church, you’ll find three sanctuaries on each side. Each Sanctuary contains an altar, with a wooden dome with religious images of the Christ, Angels, and the 4 evangelists supported by 4 marble columns. On the northeast side of the nave, there is a pulpit, which is used once a year in the prayer of Great Friday. The icons of the church are terrific and most of them date back to the 15th and 16th Centuries. Unfortunately, some of those icons were damaged but they were restored later.

Explore the Immortal Holy Attractions with “Trips in Egypt”

You can visit Abu Serga Church with other tourist attractions in Egypt through our Egypt tour packages where we have well-created amazing tours that suit all your interests and includes Nile cruises which is the best way to discover Luxor and Aswan.