The hanging church is the most important and the oldest Church in Egypt. This church has fame and popularity among most Coptic & tourist attractions of Cairo. Here is all you need to know about the Hanging church:

Why Is It Called the Hanging Church

The name “Hanging Church” is actually the name of Saint Virgin Mary’s Coptic Orthodox Church. It is even referred to as the suspended church “Al-Muallaqah”. It was built on the southern gate of the Babylon fortress, which was the Roman fortress in Coptic Cairo and that is why it is called “The Hanging Church”. The hanging church is also dedicated to Saint Mary that is why it is called Saint Virgin Mary’s church.

There are also other names of the hanging church including “The Church of Steps” because there are some steps you have to take in order to reach the main gate of the church and it was also called, “The Church of Columns” because Saint Mary herself appeared faithful on one of its columns.

The History of the Hanging Church 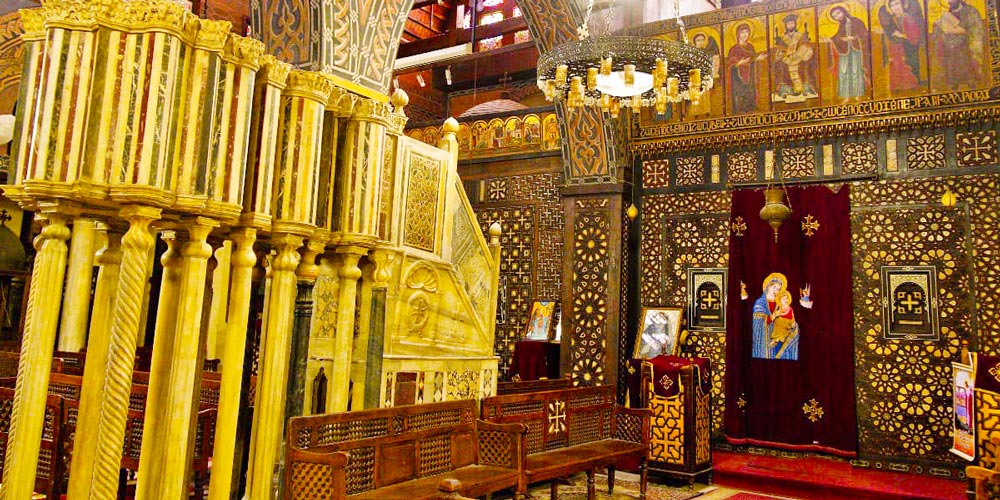 The hanging church was built in the 7th century and has been rebuilt many times since then including a major rebuild under the supervising of Patriarch Abraham in the 10th century. The hanging church became the official residence of the Coptic Patriarchs of Alexandria in the 11th century.

The Architecture of the Hanging Church 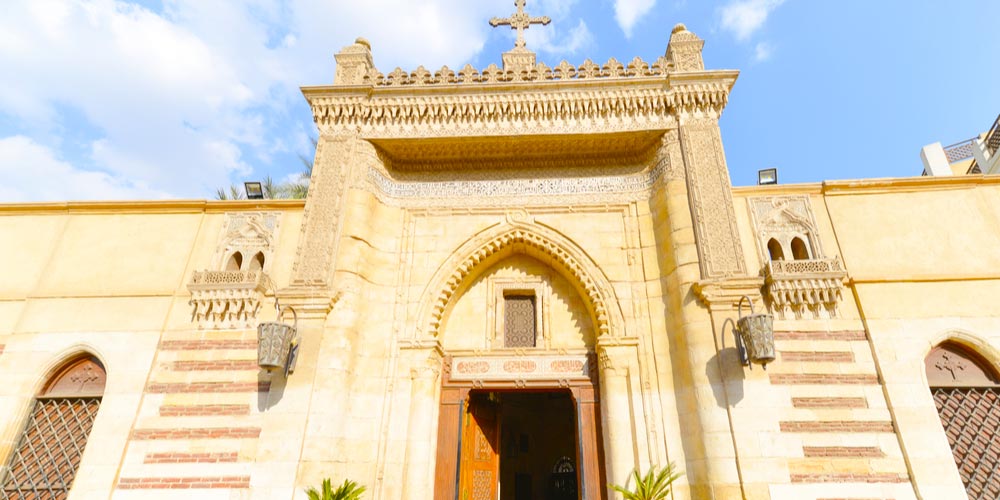 The entrance gate of the hanging church is well decorated on Mary Girgis Street. The gate leads to an open courtyard from where there are 29 steps to the church. At the top of the stairs, there are three wooden doors, which are decorated with geometric patterns. The right section of the sanctuary is considered the original one. The hanging church is considered the most beautiful Egyptian church because of its marble pulpit, murals, and icons, in addition, the fact that its timber roof recalls Noah’s Ark.

The marble pulpit of The hanging church is surmounted by 13 pillars that depict Jesus with the other 12 disciples. One of the pillars is black, which represents Judas, another one is grey representing Thomas and the oldest icon dates back to the 8th century. Many of the artifacts that were inside the church are now displayed in the Coptic Museum just like a lintel showing Christ’s entry into Jerusalem from the 5th or the 6th century. There are three sanctuaries dedicated to the Virgin Mary, St. George, and St. John the Baptist. The central iconostasis dates from the 13th century, which is made of ebony inlaid with ivory. It is carved with geometric designs and crosses.

The Holy Icons in The Hanging Church 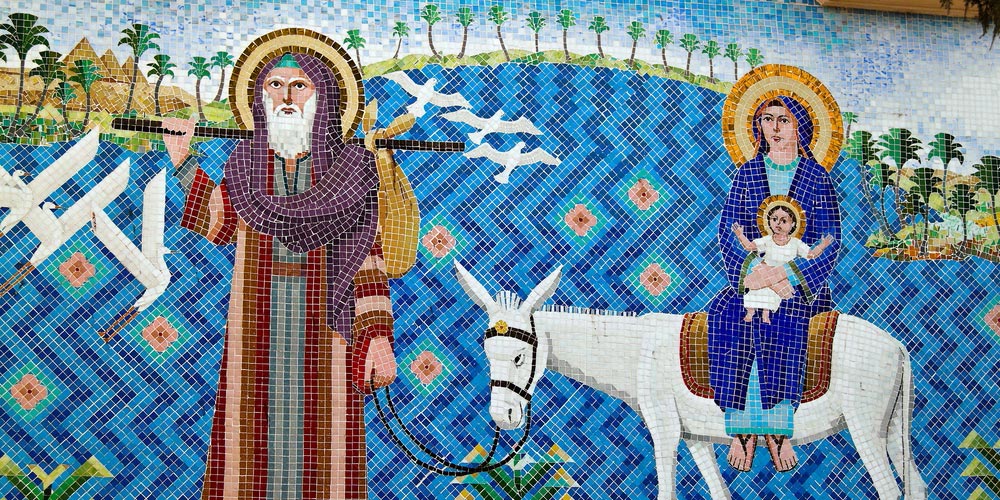 There are 110 icons inside the hanging church and most of them date back to the 18th century. There is an icon in the center depicts the enthroning of the Christ with the Virgin Mary & the Archangel Gabriel to his right and there are John the Baptist, St. Paul, and the Archangel Michael to his left. There is a screen on the left that is surmounted by 17 icons, which depict the martyrdom of St. George, whereas the screen on the right has a cruciform pattern.

The Construction of the Hanging Church 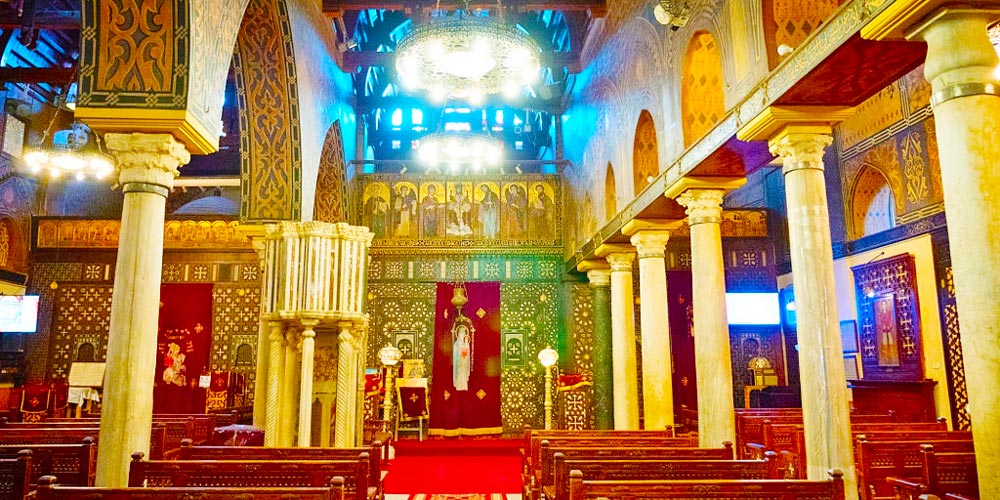 To construct a fundament of the hanging church, logs of palm trees and layers of stones were constructed above the Roman fortress ruins. Its wooden roof takes the shape of Noah’s ark. The last modification of the church was made by Obeid Bin Khozam in 1755 AD and now it measures 23.5m in length, 18.5 in width and 9.5m in height.

Interesting Fact about the Hanging Church 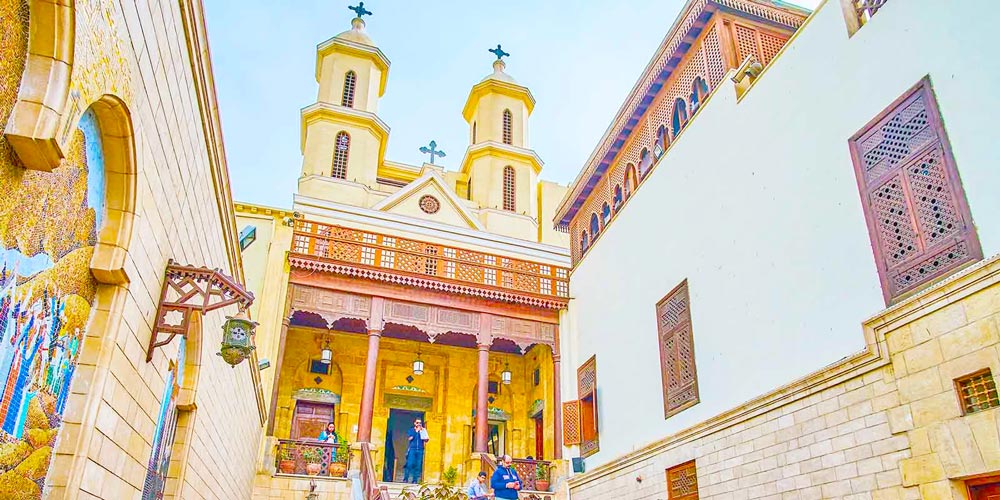 Don’t Miss the Chance to Hang Around Egypt

If you fond of  Egypt and love to visit its attractions, check our Egypt tour packages which enable you to find your chance in the symphony of Cairo’s busy streets. Visit Alexandria “Egypt’s Second Capital“, and discover the beauty of the Red Sea represented in Hurghada & Sharm El Sheik. Board one of our majestic Nile cruises and sail into the life-stream of Egypt while enjoying the best attractions between Luxor and Aswan. It’s time to enjoy what Egypt has to offer, book us now.