Al-Rifa’i mosque is believed to be the most remarkable Islamic structure in Cairo. It is located in the Qala’a facing the great Al Sultan Hassan mosque. Through our article, you will explore all things related to Al-Rifa’i mosque includes:

The History of Al-Rifa’i Mosque 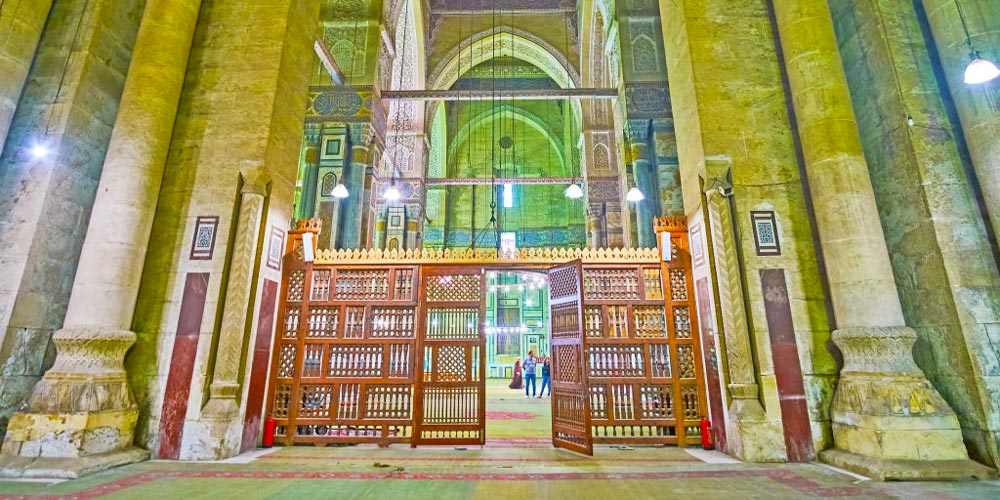 The mother of Khedive Ismail “Khoshiar” embellished the mosque to be the grand mausoleum of the royal family. She wanted to build a mosque that lives forever and keep its greatness through its shape & size. She also wanted to renew the Zawiya of the mosque so she completely destroyed the Zawiya and started to build this new grandiose mosque “Al-Rifa’i Mosque”.

The mosque is named after Sheikh Ahmed Al Refaie, who was the Sufi leader of the Al Refaieya method. Hussein Fahmy Pasha was the one who built this mosque and designed it to contain tombs inside of the members of the royal family in addition to adding two domes for the two Sheikhs Ali Abu Shebak and Yehia Al Ansary. The construction work stopped for a while in 1881 to make some changes and then with the death of Khoshiar Hanem in 1885, the construction completely stopped. After twenty-five years, Abbas Helmy II became the Egyptian ruler and ordered to continue the construction of the mosque. Finally, Al-Rifa’i mosque was opened to the public in February 1912.

The Construction of Al-Rifa’i Mosque 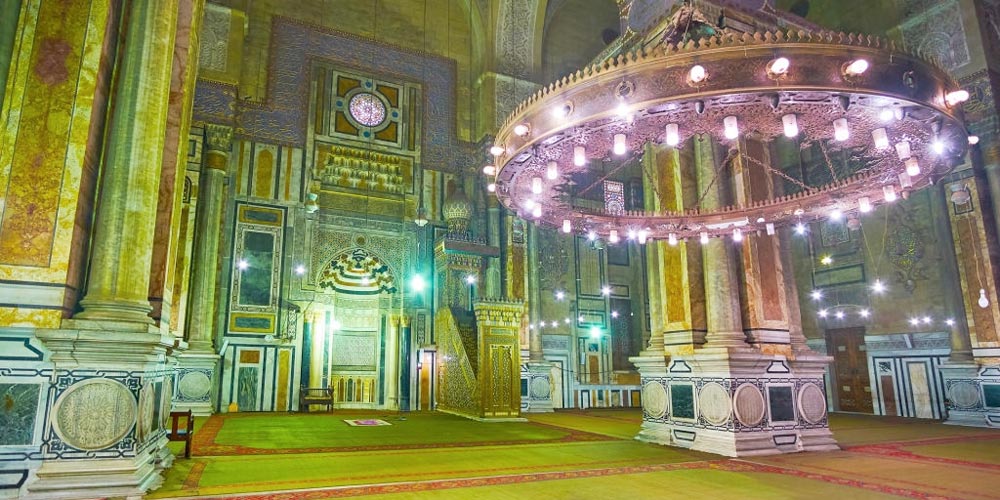 Al-Rifa’i mosque has columns made of rock and marble adorned with rich Arabic decorations. On the western side of the mosque, there is the main gate and at its top. There is a huge dome decorated with gold. When you enter Al-Rifa’i mosque, you’ll find a door that leads to the tombs of Ali Abu Shebak and Yehia Al Ansary. The walls of the mosque are decorated with very beautiful marbles. Abanos wood and radiant golden ornaments decorate most of the doors, walls, and windows of the mosque.

Inside its eastern walls, there is the mihrab that is decorated with colored marble. The Minbar is located right beside the mihrab decorated with ivory, ebony, and mother of pearl. This minbar has a unique style that was designed with the Mamluk way. The pure white alabaster Dekka is the most remarkable part of this mosque. Its style & decorations make the mosque one of its kind. This Dekka contains some stunning Quran inscriptions, written in pure gold and it was built on eight white marble columns.

The Northern side of Al-Rifa’i mosque contains six gates and four of these gates lead to the burial tombs of the kings & queens of the royal family. The west side contains a room, where Khedive Ismail and his mother were buried. 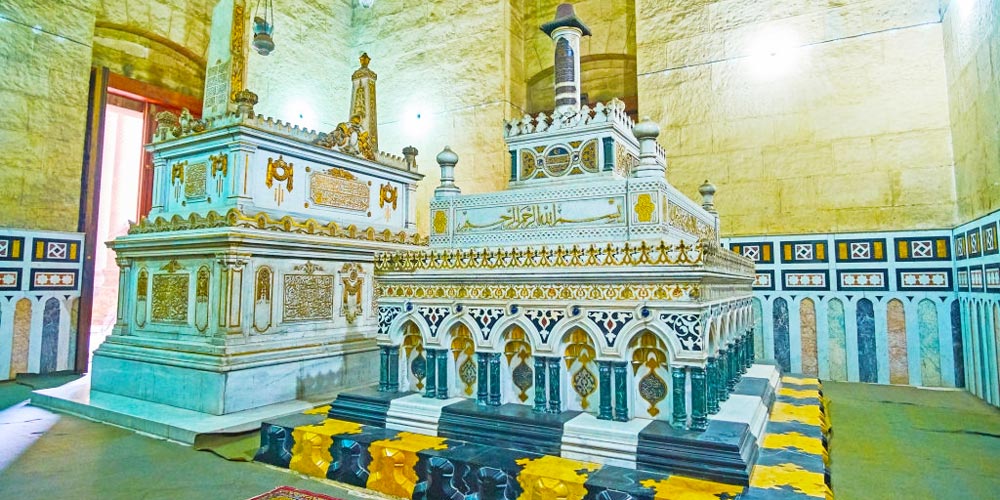 Discover All the Majestic Constructions with “Trips in Egypt”

Unlike in many countries of the Middle East, the majority of Islamic sites in Egypt are open to non-Muslims, and because tourists are welcome to discover these historic sites, our Egypt tour packages will include a guided tour of the most famous Islamic sites in and around Cairo beside to the enchanting sites of Pharaohs such as the famous temples, tombs, and pyramids. You can also enjoy one of our luxury Nile cruise to discover the best attractions of Upper Egypt represented in Luxor & Aswan. Don’t miss our chance and book us now: