Sultan Hassan mosque is the largest mosque that has ever been built measuring 150m in length and covering an area of 7,906 sqm. The Madrasa of Sultan Hasan was constructed to include schools for all four of the Sunni doctrines of thought: Shafi’i, Hanbali, Hanafi, and Maliki. It used to house more than four hundred students.

Who is Sultan Hassan??

Sultan Hassan is the son of Al Nasser Mohamed Ibn Qalawoun. What is astonishing about him is that he ruler Egypt twice, once in 1347 when he was 13 years old and the second time was in 1356 until 1361. His father, El-Nasser Mohamed, was responsible for many monuments including his mosque in the citadel of Salah El-Din. What was great about the Sultan Hassan mosque is that he imported engineers from around the world to build such a historical monument. Sultan Hassan was assassinated shortly after the construction of the mosque.

The Construction of Sultan Hassan Mosque 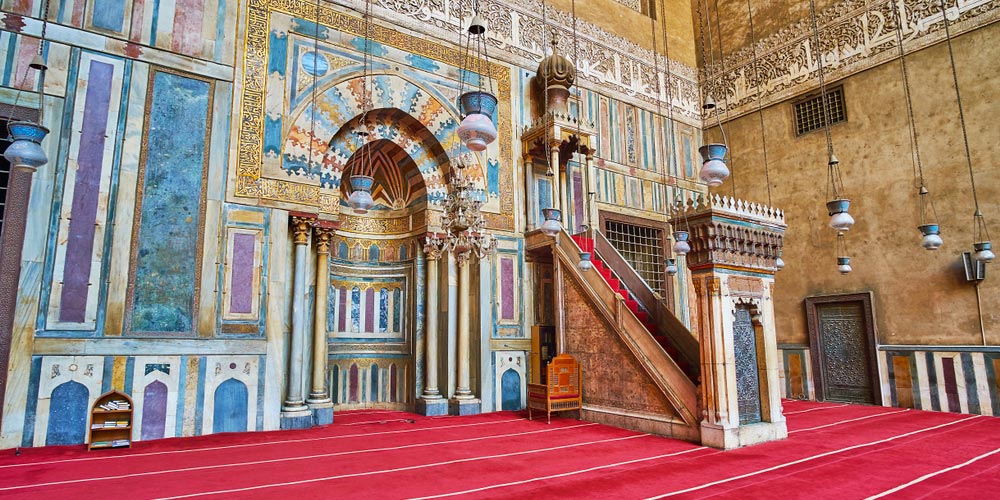 Inside the mosque of Sultan Hassan, there is a courtyard surrounded by four iwans. The iwan is a vaulted hall with three high walls and an opening where the fourth wall has to be. It also has 4 facades and two main ones. The court of the mosque is about 34m long and 32m wide and at each corner of it, there is a door that leads to one of the four Madrasas. The biggest Madrasa is the Hanafiya one that is estimated at about 898 square meters.

The entrance of the Sultan Hassan mosque is considered the largest portal of any pre-modern Cairene Mosque-Madrasa complex in Egypt. Sultan Hassan intended to build four minarets but only three were built and survived. During the construction work, one of the minarets collapsed and killed a lot of innocents. 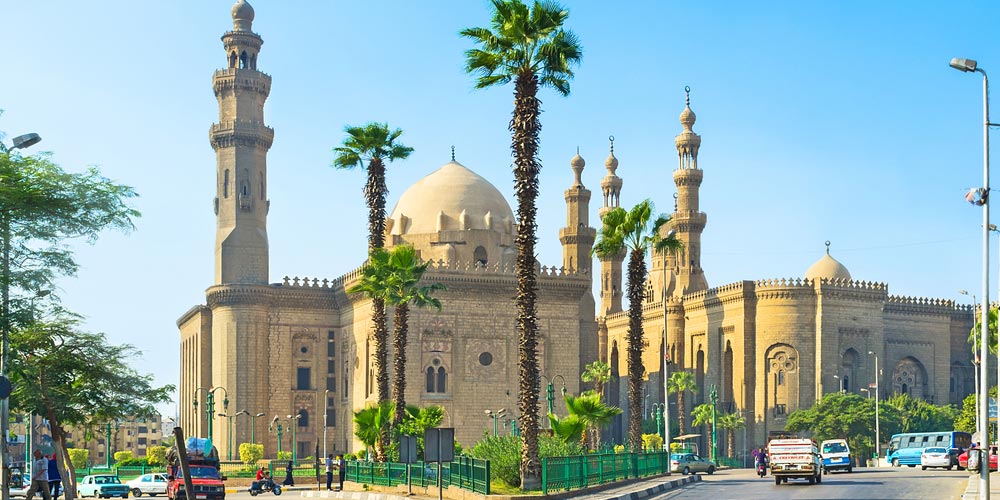 Sultan Hassan ordered Prince Mohamed Ibn Baylik Al-Muhssani to supervise the construction of such an amazing Madrasa in 1361 A.D and the establishment took about 4 years.

Suddenly Sultan Hassan disappeared and there was a rumor that he was killed. Then his functionaries, Bashir Al-Gamdar finished the construction. It is believed that the prince and his officials revolted against Sultan Hassan and he escaped from the citadel to Cairo. He was imprisoned and never seen again. He had 10 sons in addition to 6 daughters.

Behold the Golden Luxury All-Around Egypt with “Trips in Egypt”

Within the history of Egypt lies a number of incredible activities customized to fully enjoy the heavenly allure of Egypt destinations such as discover the famous pyramids of Giza, stand face-to-face with the great Sphinx, experience once in a lifetime Nile cruise to the mythical cities of Luxor and Aswan and explore all the hidden tales and secrets this city holds. Your time in the world is a miracle waiting for an adventure to Egypt, so check our fabulous Egypt tour packages and book a splendid trip to discover the Islamic, Coptic, and Pharaonic sites in Egypt.