Giza Pyramids complex is located on the Giza plateau. It includes the three master Pyramids, which are “Khufu, Khafre, and Menkaure Pyramids”, the superb Sphinx, some cemeteries, and an industrial complex. It is located in the desert of Giza in the southwest of Cairo. The Great Pyramid of Giza is listed as one of the seven wonders of the world where millions of different travelers visit it every year. Through our article, you will know all the information related to Giza pyramids complex including:

Giza pyramids complex reveal the great heritage of the ancient Egyptian civilization. Let us take a journey now to explore the glory of this unique civilization: 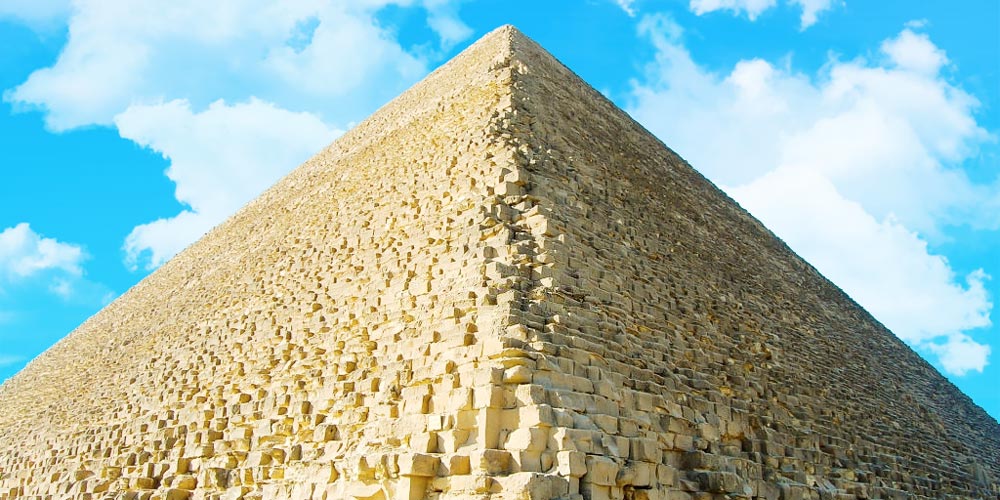 The Great Pyramid of Giza is the oldest and largest Pyramid among the whole Giza Pyramids complex and it is considered one of the most ancient wonders of the world. It belongs to King Khufu from the 4th Dynasty. It took about twenty years to be built. It contains three rooms, two of them belong to the King and the Queen. There are also two temples to honor the King. It consists of 2.3 million building blocks, which makes it really a unique masterpiece from the time of the amazing ancients. This great pyramid was once called Khufu’s Horizon. It has concave sides and passages to go up and down which makes it unique and one of its kind.

The Pyramid of Khafre 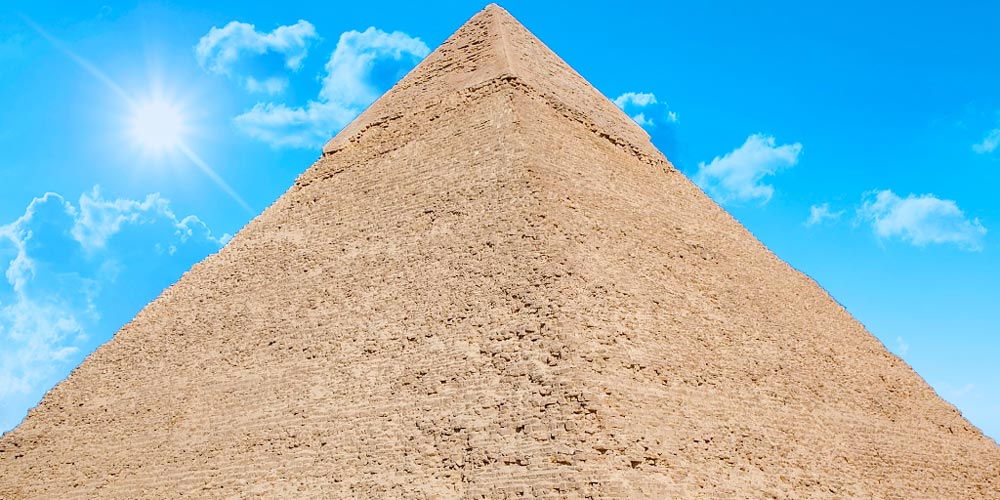 It is the second-largest pyramid in the Giza Pyramids complex, which belongs to King Khafre from the fourth dynasty. It was explored in 1818 by Giovanni Belzoni when he found the main entrance, where he was hoping to find an intact burial but unfortunately the room was empty. Then John Perring had his complete exploration in 1837. 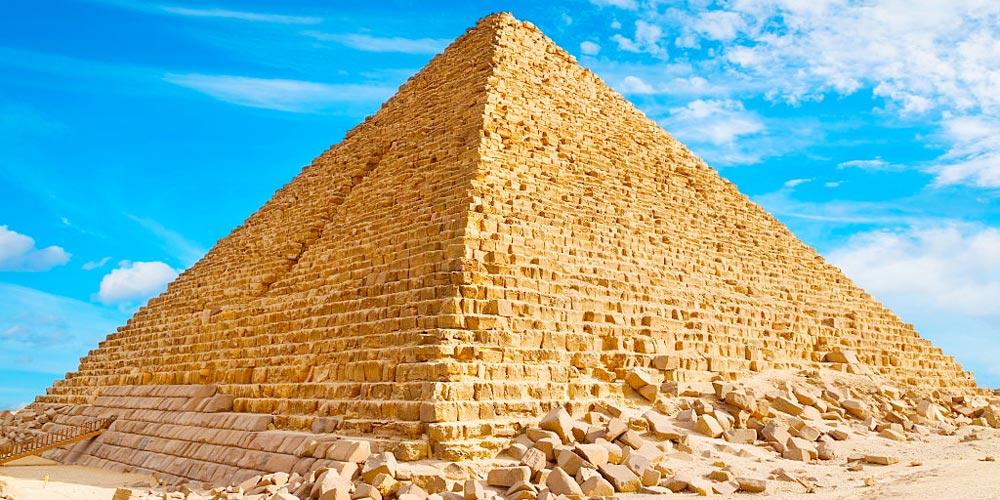 The pyramid of Menkaure is the smallest of the three pyramids in Giza and was built to be the tomb of the pharaoh Menkaure family. It’s located a few hundred meters southwest of the pyramid of Cheops and Pyramid of Khafre, where it is believed to be completed in the twenty-sixth century BC It is 61 meters high with a base of 108.5 meters, constructed of limestone and granite. 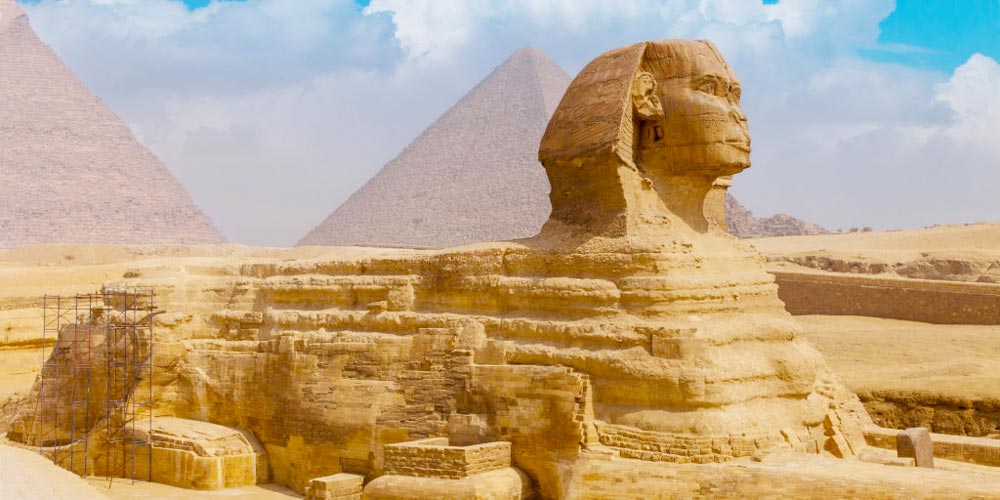 The magical Sphinx is the most interesting monument from the ancient civilization as it has a relation with the ancient Greek mythology of the sphinxes that were sent by gods over the towns of Thebes to punish those who commit crimes. The Giza Sphinx is a mythical creature with the head of a man “Khafre’s” and a body of a lion that measures 73 meters long and 20 meters high. King Khafre was the one who ordered to build the Sphinx to guard the Pyramids in 2500 P.C. His nose was destroyed by a Sufi Muslim, Muhammed Sa’im al-Dahr in the 15th century not by Napoleon during the French revolution. 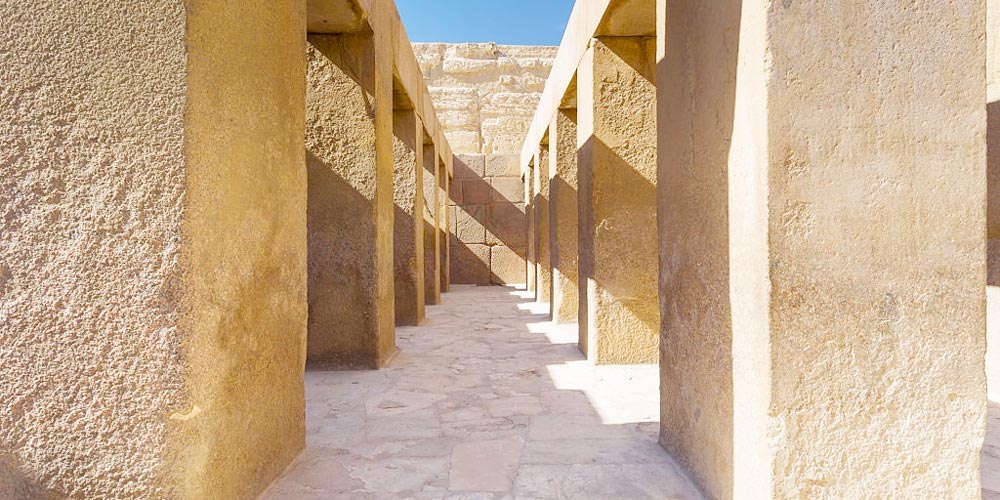 It is located on the east side of the pyramid of Khafre, it was built by local limestone and was used for the purification and the Mummification process of the mummy of the kings. It has been buried under the desert sand until the 19th century. 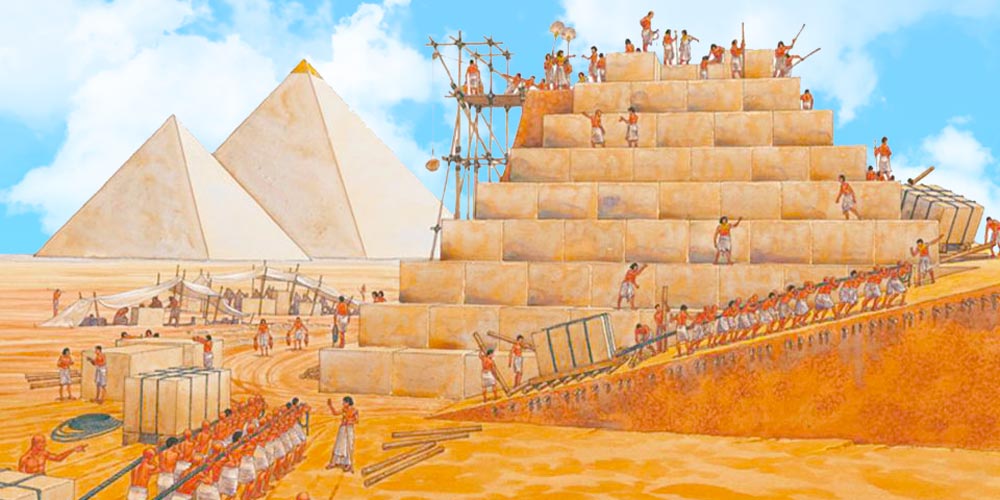 Giza Pyramids complex were built to house the remains of the Egyptian pharaohs who ruled during the period of Ancient Egypt. The ancient Egyptians believed that death is just the beginning of a journey to another world. They tried to prepare themselves for such an experience by building the magnificent Giza Pyramids complex. The ancient Egyptian pharaohs prepared their tombs with their own things believing that they will return to life again as kings, that’s why their tombs, temples, and burials were full of priceless monuments. 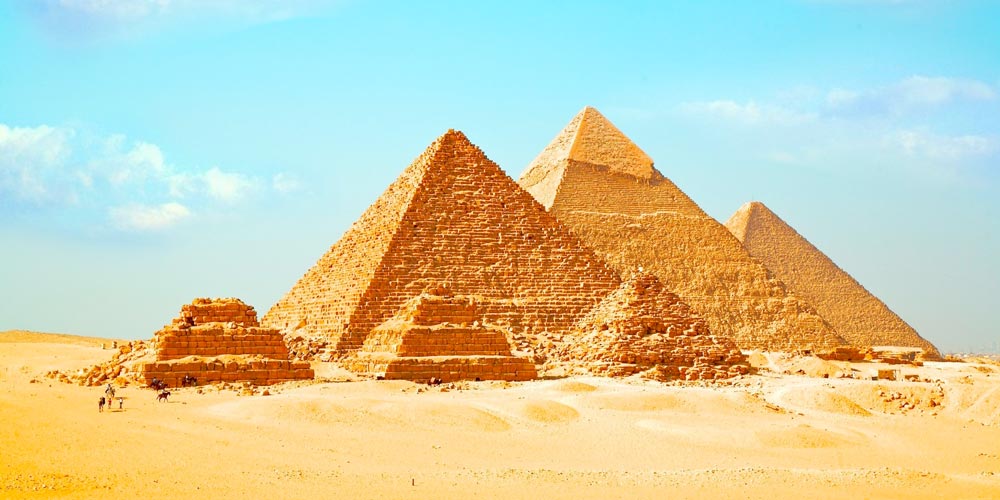 A Piece of Heaven Awaits from Above with “Trips in Egypt”

Enjoy the striking scenery of Egypt and interesting visits to ancient sites through our Egypt tour packages. Soak up the sun and relax in one best Egypt resorts, or go to discover the treasures of Upper Egypt through Nile cruises. Don’t hesitate to book us as we will be the best guide for your vacation in Egypt, check these tours and contact us now: