The Great Pyramid of Giza

The Great Pyramid of Giza is the oldest of the seven wonders of the world and the largest of the three other ancient pyramids complex. It took about 20 years to be built. It belongs to the fourth dynasty of Egyptian Pharaoh “Khufu” or “Cheops“, which was built as a tomb for the king. Below, all information you need to know about the Great Pyramid of Giza:

The History of the Great Pyramid of Giza 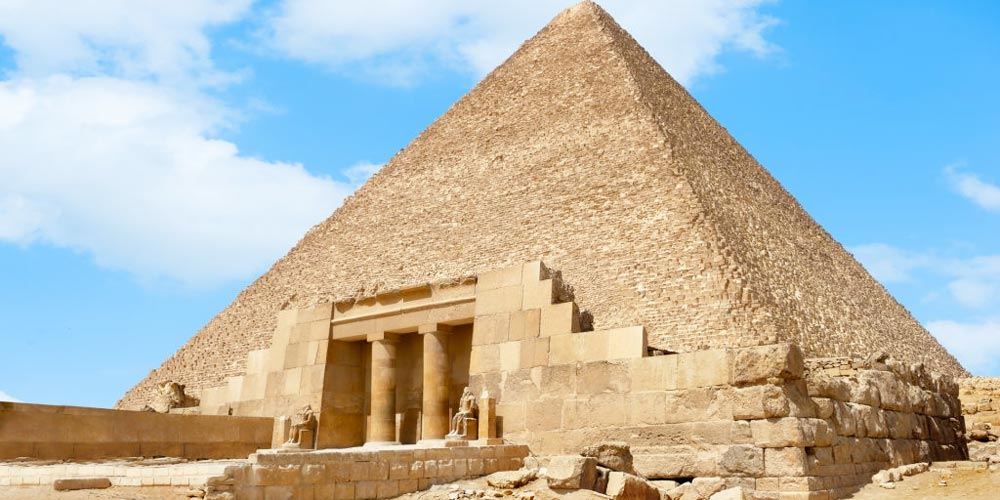 The Great Pyramid of Giza is the tallest man structure that has ever been built for more than 3800 years and the defining symbol of Egypt. It was covered by limestone casing stones that formed a smooth surface. It has three burial chambers inside. There are a lot of theories about the construction techniques of the Great Pyramid. Most of these construction hypotheses are based on the idea that huge stones were being moved from a quarry and then being dragged and left.

How the Great Pyramid of Giza Was Built!!! 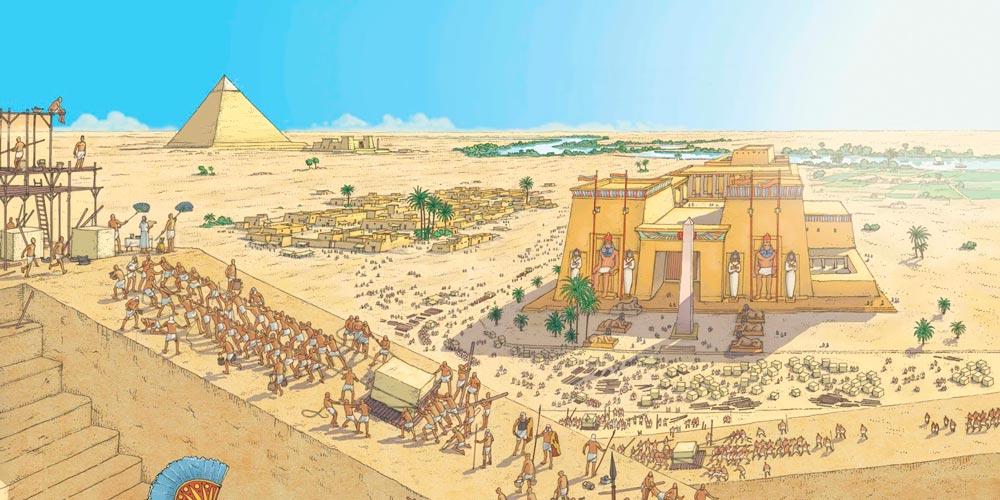 The Greeks believed that slaves were the ones who built the Pyramid but modern discoveries reveal that it was built by tens of thousands of skilled workers.  The most important thing in the construction of the Great Pyramid of Giza was the crew of workers. Khufu chose his nephew Hemiunu to be his vizier who is credited for the design and the construction of the great pyramid. He was responsible for the materials, labor, transport, and official reports. The technological skill witnessed in the construction of the Khufu Pyramid is still a mystery for scholars and Egyptologists.

Because of their immense size, building pyramids posed special problems of both organization and engineering. Constructing the Great Pyramid of the pharaoh Khufu, for example, required that more than two million blocks weighing from two to more than sixty tons be formed into a structure covering two football fields and rising in a perfect pyramidal shape 480 feet into the sky. Its construction involved vast numbers of workers which, in turn, presented complex logistical problems concerning food, shelter, and organization. Millions of heavy stone blocks needed not only to be quarried and raised to great heights but also set together with precision in order to create the desired shape.

Materials Used in the Construction of Khufu Pyramid 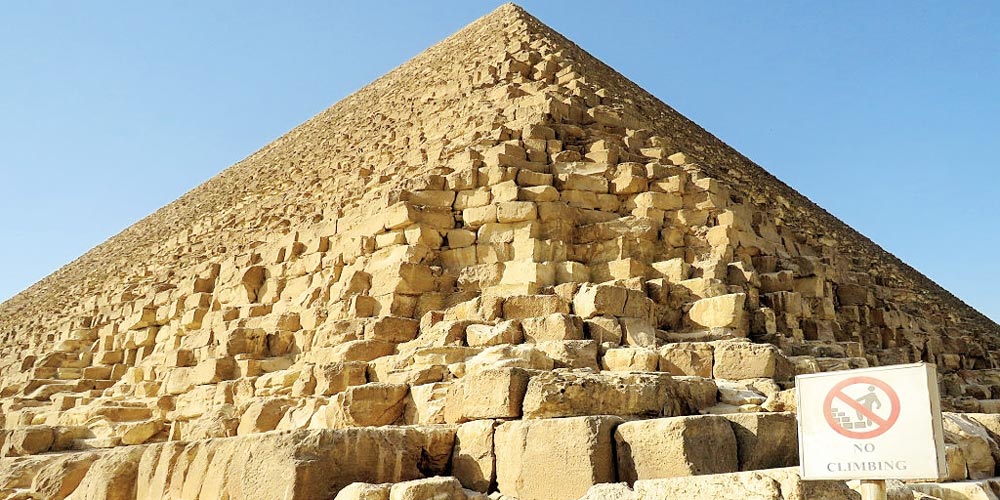 The Great Pyramid of Giza consists of about 2.3 million blocks which makes it the greatest pyramid that has ever been built if you are located in Cairo. The King’s chamber was built by the largest granite stones that weigh 25 to 80 tonnes and were transported from Aswan. Khufu Pyramid was covered by white casing stones.

The Chambers of the Great Pyramid of Giza 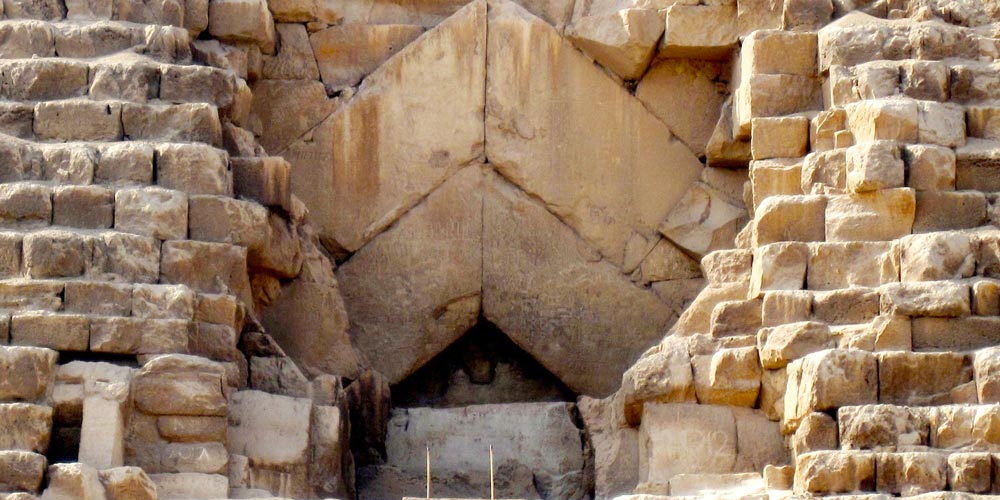 The Great Pyramid of Giza contains three chambers. The King’s and the queen’s chambers are in a higher position from the pyramid. There is another chamber in a lower position that is unfinished. The main part of the pyramid consists of two temples that were built to honor King Khufu, three small pyramids for Khufu’s wife, a smaller “Satellite” pyramid, and small mastaba tombs for the nobles.

What you Can Find Inside the Great Pyramid of Giza 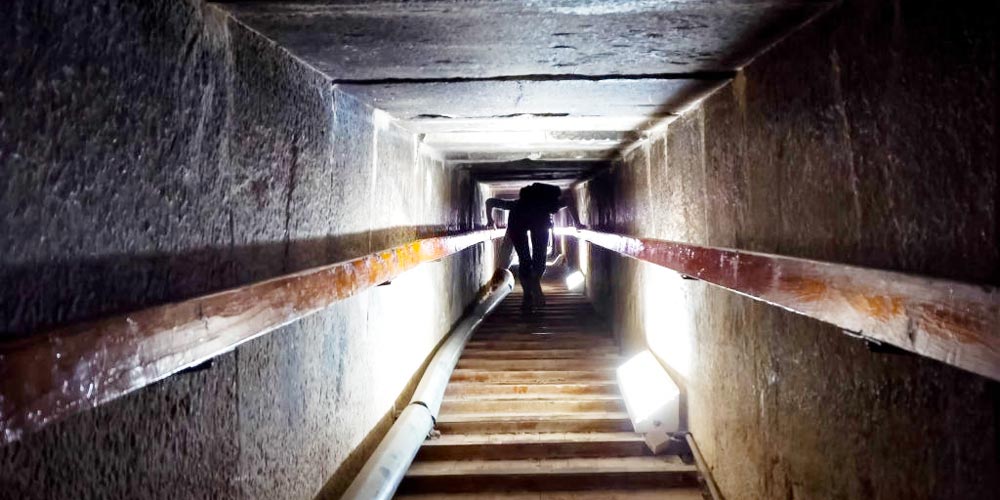 The entrance of the Khufu Pyramid is in the north. There is an ascending passage that is 39.9 meters and a descending passage that has the same width. In the end, you reach the grand gallery which is 1.04 wide, 8.6 meters high, and 46.68 long. Its floor consists of a shelf on each side. There are 54 slots on the shelves. There is a horizontal passage leading to The Queen’s chamber which is exactly halfway between the north and south faces of the pyramid. There are shafts in the north and south walls of it, which were explored by the German engineer Rudolf Gantenbrink in 1993. There is also the big void which may have been a gap used in the construction of the Grand Gallery. The King’s chamber is 10.47 meters from east to west and 5.234 meters north to south. It is totally faced with granite. There is a modern entrance that was built by Caliph Al-Ma’mun’s workers through which tourists enter the Great Pyramid nowadays.

Interesting Facts About the Great Pyramid of Giza 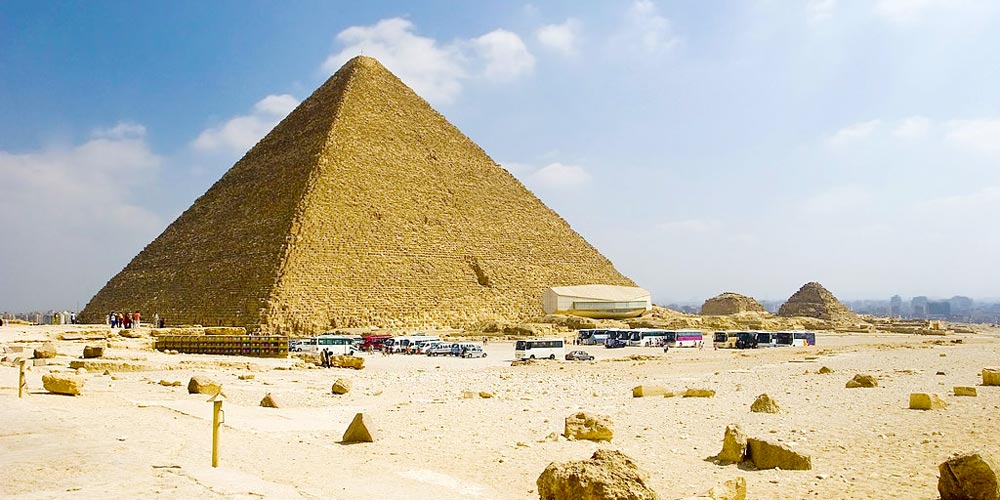 The Greatness Awaits Within the Embrace of  Egypt

There is no wonder why this pyramid is one of the seven wonders of the world. It is the best example of human dignity, strength, civilization, and determination. It’s will be amazing to witness this wonderful architecture. Through our  Egypt tour packages, you have a great chance to discover the great pyramid of Giza beside to the best ancient sites of Pharaohs around Egypt. You can also enjoy amazing Nile cruises to explore the hidden attractions of Upper Egypt. It’s time to have an unforgettable journey in Egypt, Check our tours and book us now: