The Two Temples of Abu Simbel

These splendid Abu Simbel temples are located in the Nubian village in southern Egypt about 230 km southwest of Aswan near the borders of Sudan. They were carved out of the mountainside in the 13th century B.C during the reign of the 19th dynasty pharaoh Ramesses II. These gorgeous temples are the lasting historical monument for the king and his queen, Nefertari. They commemorate his victory at the Battle of Kadesh. The temples were first explored by the Egyptologist Giovanni Battista Belzoni in 1817. The complex was relocated in 1968 or they would have been submerged during the creation of Lake Nasser. Through our article you wil know:

The Description of Abu Simbel Temples 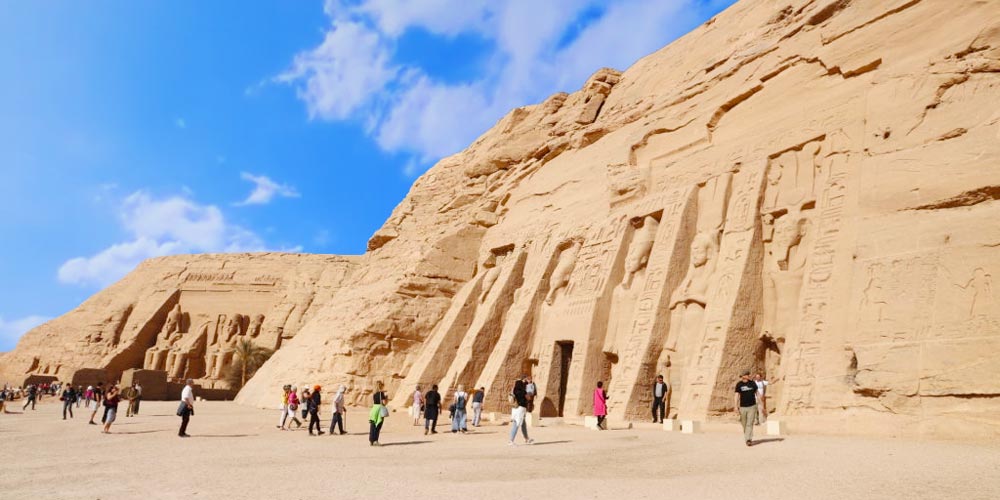 The construction of Abu Simbel temple started in 1264 B.C and lasted until 1244 B.C. the purpose of the two temples was to impress Egypt’s southern neighbors. On the entrance of the temple, there are figures of Ramses II that are 20 meters tall. Small figures of Ramesses’ children, his queen, “Nefertari”, and his mother, “Muttuy” are carved around the statues. There is graffiti inscribed that have provided important evidence of the early history of the Greek alphabet. Abu Simbel temples can be divided into two main temples.

The Great Temple of Ramses II 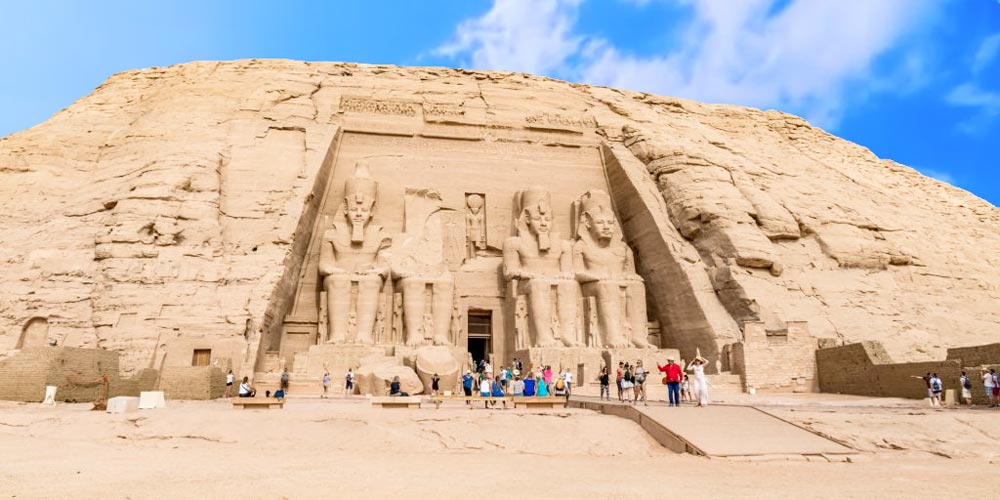 The Great temple of Ramses II was dedicated to the sun gods Amon-Re, Ptah and Re-Horakhte. The 4 seated colossi in front of the temple were sculptured from the rock in the temple before the temple was moved. All statues in the temple represent Ramses II seated on a throne wearing the double crown of Upper and Lower Egypt.

The inner part of the temple is similar to the ancient Egyptians temples. It has rooms and its structure is complex and unique because it has many chambers. There is a hypostyle hall that is 18 m tall and consists of eight huge pillars that depict Ramses linked to the god Osiris. There is a second pillared hall that consists of four pillars decorated with beautiful scenes of offerings to the gods.

The Small Temple of Queen Nefertari 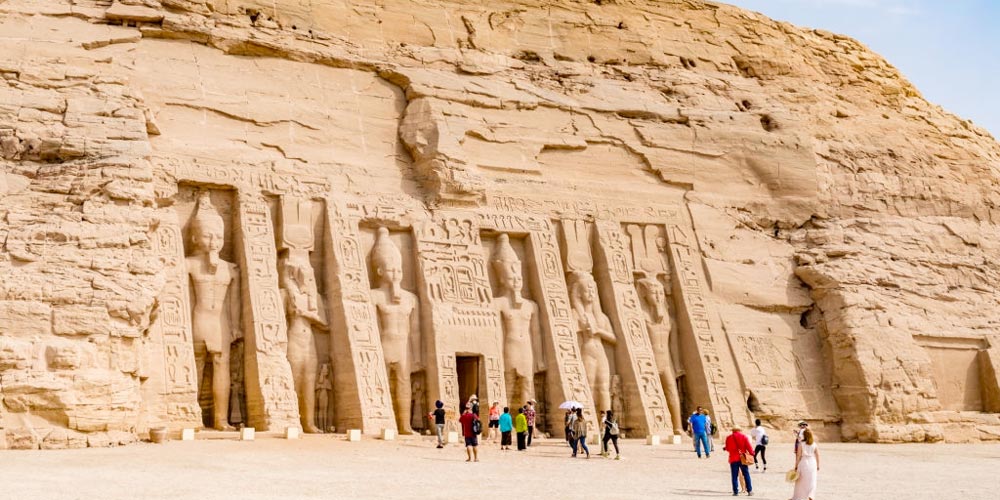 The temple of Hathor and Nefertari, which was built about one hundred meters northeast of the temple of Pharaoh Ramses II. It was dedicated to the goddess Hathor and Ramesses II’s chief consort, Nefertari, the most beloved wife for Ramesses. Queen Nefertiti was the first queen to have a temple dedicated to her by Akhenaten and Nefertari was the second one to have such a chance. The statues are more than two meters high. On the sides, there are statues of the king.

The hypostyle hall of the statue is supported by six pillars, which is followed by a vestibule, access to which is given by three large doors.  Ramesses II and Nefertari are depicted making offerings to god Horus on the west wall of the temple. The priest on each temple represents the king in his daily religious ceremonies.

The Relocation of the Abu Simbel Temples 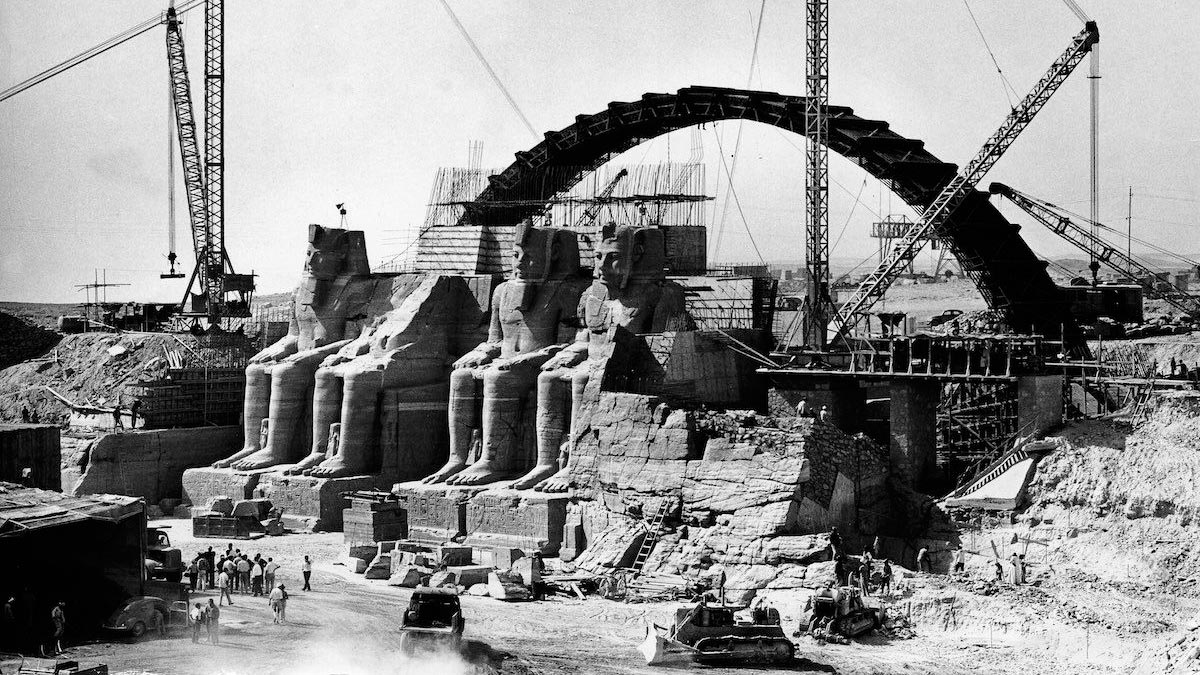 An international donations campaign began to save the monuments that were under threat from the rising of the water of the Nile, which could be caused by the construction of Aswan High Dam in 1959. The rescuing mission of Abu Simbel temples started in 1964 by the most skilled archeologists and engineers under the UNESCO banner. The relocation process cost $40 million. The large blocks were cut, dismantled, lifted to a new location 65 meters higher and 200 meters back from the river. It was one of the greatest challenges of archaeological engineering in history. 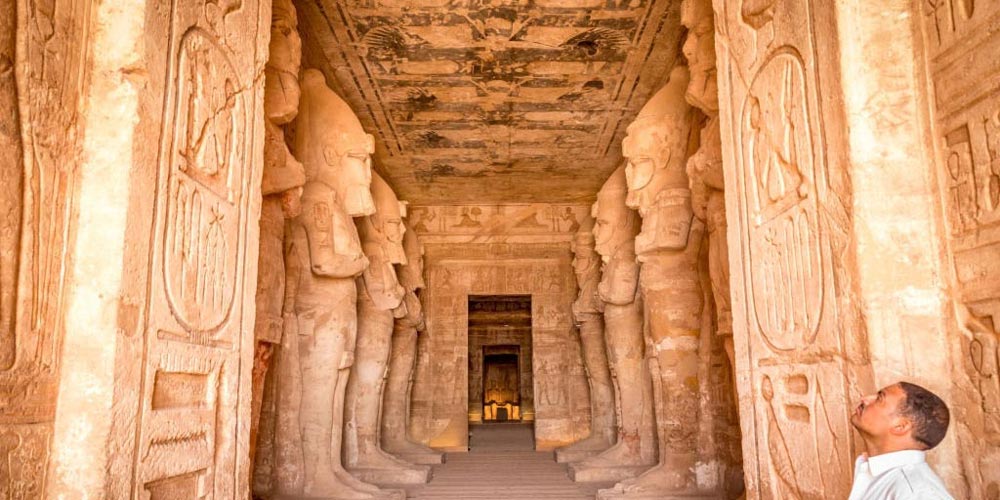 Live the Immortal Wonders of Egypt with “Trips in Egypt”

The two temples of Abu Simbel are the most interesting historical place in Egypt, which attract thousands of tourists all over the year, so your Egypt tour packages don’t complete without visiting this wonderful landmark, also our Egypt Nile cruises will make you witness the two temples onboard a luxury Nile Cruise through the Nile River “The Bloodstream of Egypt” accompanied by a private Egyptologist tour guide. book now your vacation and let “Trips In Egypt” make you enjoy a life-changing experience.