There were some doctrines for the Egyptian religions, which included three basic afterlife ideologies. Those Ideologies Were:

Now We’ll Introduce Some of the Funeral Practices 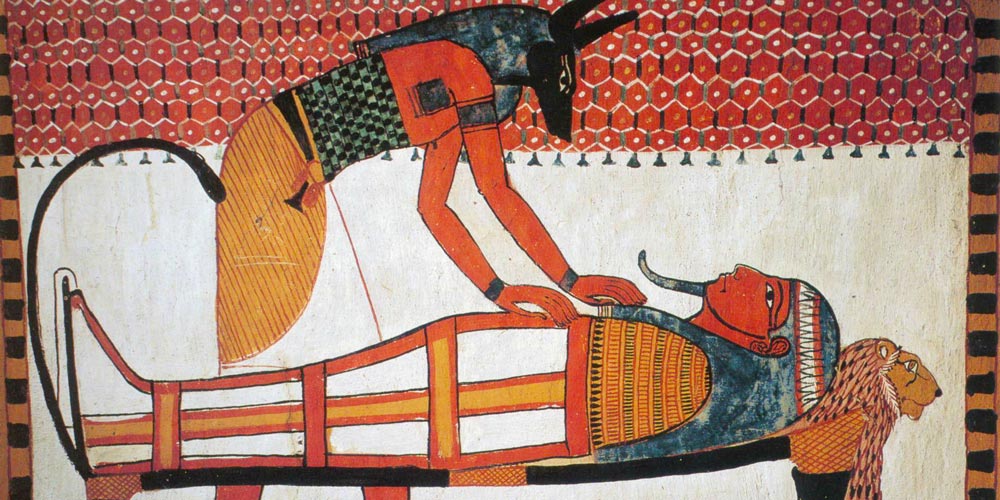 The soul of the dead according to the beliefs of the Ancients was presented to a prominent god who was Osiris. Osiris was responsible for determining the virtue of the deceased’s soul and grants those deemed deserving a peaceful afterlife.

There were some practices to be done in order to get an ideal afterlife just like acting justly and following the beliefs of Egyptian creed in addition to practicing the rituals after an individual’s life has ended so it was the responsibility of the living person to give the dead one his peaceful desirable afterlife.

1- The Tombs of Ancient Egyptian Afterlife

Ancient Egyptians were really interested in constructing their tombs “Their Last Resting Place” while they were still alive. The construction of those tombs differs from a period to another but their fictions still the same. Inside each tomb that has been discovered, there were many things that based on the status of the dead person.

The decorations inside each tomb were designed to guide the deceased’s soul to the afterlife. There are many tombs of Pharaohs in Egypt such as the Valley of the Kings, Valley of the Queens, and more that you can visit during your Nile cruise between Luxor and Aswan.

Ancient Egyptians formed some religious spells and decorations to put inside the tomb of the dead hoping to help those who die in their afterlife.

Inside the ancient Egyptian Pyramids lie the first Egyptian spells that were carved into the walls of the pyramids. Those spells started with the Old Kingdom of Egypt.

That matter was somehow different for the ancient Queens & high government officials as they started to have special pyramid texts inside their burial tombs to help them in their journey through the afterlife by conveying knowledge to the deceased about the paths he should take and the dangers he might face along the way.

Instead of using the pyramid texts during the Old Kingdom, they were replaced with coffin texts during Egypt Middle Kingdom, which were spells inscribed on the coffins of the dead.

They were used to protect the dead and provide him or her with the transformation magic to pass their journey. Notice that the collection of Coffin Texts known as The Book of Two Ways functioned as the earliest manual to the afterlife.

This book was a collection of both coffin and pyramid spells. It was recorded on the papyrus during Egypt New Kingdom. They were important for the Egyptians as they offered advice, protection, and knowledge to the dead as they journeyed through the netherworld.

6- Books of the Netherworld

Those books contained many texts that provided the deceased with a description of the underworld and served as a guide to help the dead during their final journey.

The usage of coffins dates back to the Old Kingdom and they were simple “equilateral makings with minor details”. During the New Kingdom, coffins were decorated with features that resembled the individual inside.

The Ancient Egyptians believed that the bodies of their dead must be preserved in order for the dead to be reborn in the afterlife.

They also thought that Ra would reawaken after they completed their journey through the underworld. Therefore, they prepared a process through which the body was dismembered and wrapped in bandages to safeguard it if the soul decided to return that we call “Mummification”.

It was a tradition for the majority of the ancient Egyptians to leave offerings next to the bodies of their dead to show their affection to their gods and they believed that even after the death of someone, his spirit would live, as it is according to them a separate entity.

Judging of the Dead 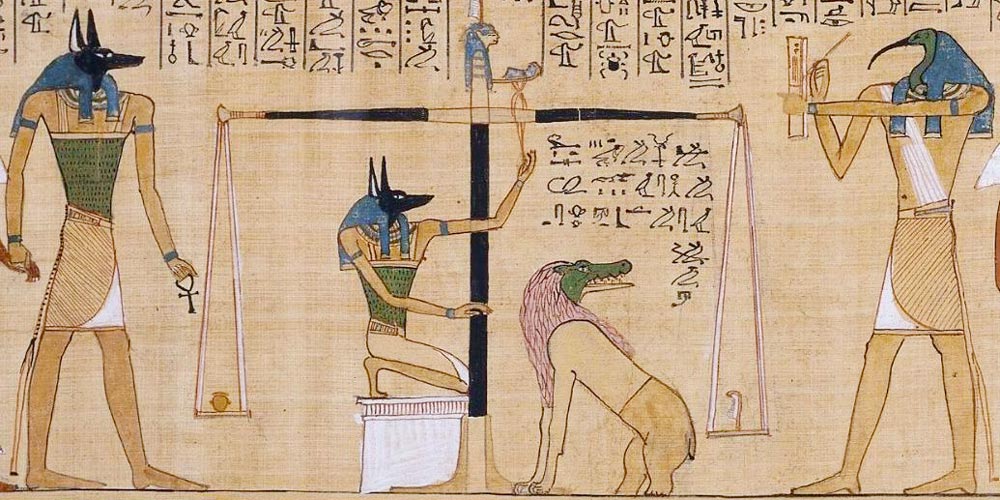 Judging of the dead was the process through which the ancient Egyptian gods have the authority to judge the worthiness of the souls of the deceased. This process was the most important part of the journey to the afterlife according to the Egyptians. After finishing this judge, Souls arrive at the Hall of Maat where their purity would be the determining factor in whether they would be allowed to enter the Kingdom of Osiris.

The importance of this process shows if the dead can determine the judges’ names or Ren and established that they were pure. When they prove that they were sinless, Anubis administrates a test to see the weight of the dead hearts against the feather of Maat. Thoth was the one who was responsible for recording the results and present it to Osiris. He admitted them into the Sekhet-Aaru.

Journey to the Afterlife with “Trips in Egypt”

Through our Egypt tour packages, you will discover a series of stages about the ancient Egypt afterlife with an Egyptologist tour guides while visiting the enchanting pyramids, temples, and tombs of the Pharaohs. Don’t miss the chance and enjoy one of mysterious tours to the wonders of Egypt: