Egypt new Kingdom is a period that is called “The Egyptian Empire” that starts from the 16th century BC. till the 11th century BC. This period witnessed some ancient Egyptian dynasties starting from the 18th through the 20th dynasties. During that period, Egypt was in its ultimate power and it witnessed its utmost prosperous stages and during this time Egypt attained its greatest territorial extent. Here is everything you need to know about Egypt new kingdom:

The History of Egypt New Kingdom

Because of the majestic pharaohs who ruled Egypt during the New Kingdom, Egypt has passed through some important stages that shaped its history just like Pharaoh Thutmose III, who expanded Egypt’s army and wielded it with great success to consolidate the empire which created by his predecessors, which led to a peak in Egypt’s power.

Amenhotep IV “Akhnaten” was the best-known pharaoh during the 18th dynasty whose worship is often interpreted as history’s first instance of monotheism and his wife, Nefertiti, contributed a lot on the Egyptian religion. During the reign of Akhenaten, Egyptian art flourished a lot but at the end of the 18th century, the state of Egypt has totally changed.

The Pharaohs of Egypt New Kingdom 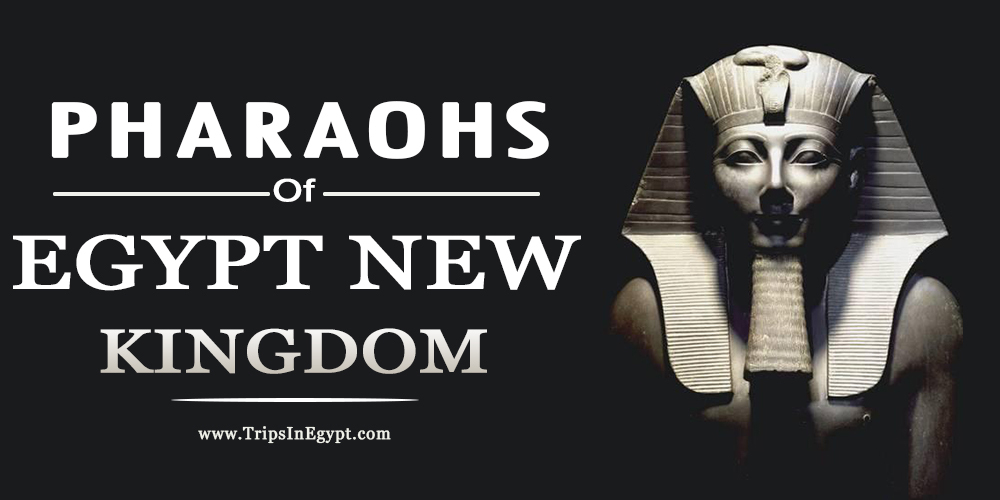 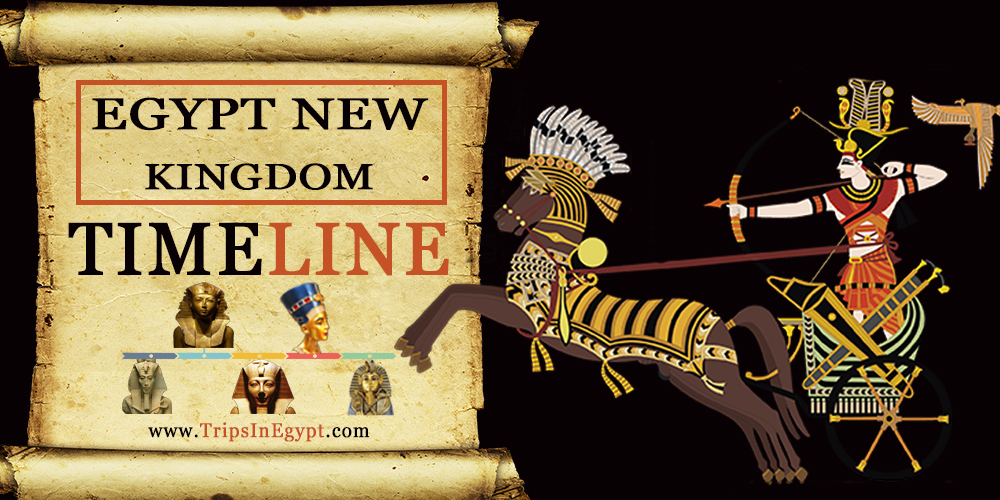 In 1550 BC: It was the beginning of the 18th dynasty with Ahmose I who built some pyramids in Egypt and founded the great New Kingdom in Egypt.

In 1532 BC: Ahmose I was able to win victory over the Hyksos invasion and he also restored power in the lands of Canaan and Nubia.

In 1530 BC: Ahmose has constructed some important building projects similar to the ones that have been built during the Second Intermediate Period just like the great temple of Amun in Karnak.

In 1525 BC: After the death of Ahmose, Amenhotep I started his ruling period and he became the pharaoh of Egypt.

In 1504 BC: After the death of Amenhotep I, his brother in law “Thutmose I” reached the throne in Egypt and he made Thebes the most imposing city of the kingdom and erects the Obelisk at the Karnak temple that leads the Egyptian Empire to reach its greatest expansion.

In 1492 BC: Thutmose I died and he was the first pharaoh to be buried in the Valley of the Kings in Luxor.

In 1479 BC: Queen Hatshepsut reached the throne of Egypt with the help of her stepson Thutmose III as she was so young to rule on her own.

In 1473: Queen Hatshepsut proved to be a great pharaoh with her amazing ruling period through which Egypt witnessed a great period of total prosperity.

In 1458 BC: Ancient Egypt reached the peak of its power & influence.

In 1391 BC: Amenhotep III reached the throne of Egypt and he built Temple of Amun in Luxor.

In 1353 BC: Akhenaten became the pharaoh of Egypt and after getting married to Nefertari, he relocated the new capital to Amarna and he dedicated it to the god of Aten and he also forbade references to all of the other deities.

In 1333 BC: Tutankhamun became the ruler of Egypt but he died in 1323 B.C when he was just 19 years old and he was also buried in the Valley of the Kings.

In 1319 BC: General Horemheb seized the throne of Egypt and he relocated the capital back to Memphis city. He passed away in 1307 B.C but before he died, he had appointed his vizier, Ramesses I to be the next pharaoh. When Ramesses I died in 1306 B.C, his son Seti I reached the throne.

In 1300 BC: An Egyptian canal has been constructed by the Egyptians to connect the Red Sea with the Nile River.

In 1250 BC: Ramesses II relocated the capital to be in Delta and constructed some magnificent things like Colossi at Memphis, Abu Simbel temples, the hypostyle hall in Karnak, and much more. He died in 1224 B.C.

In 1180 BC: The Sea People tried to invade Egypt but in 1178 B.C Rameses III was able to defeat them in the battle of Djahy on the shores at Xois

The capital of Egypt new Kingdom was at Thebes, which is called “Luxor” today where the great temples of Karnak and Luxor were built and the ancient Egyptian pharaohs were buried in the Valley of the Kings that was mainly during the reign of Thutmose I.

The rulers of the 19th Dynasty established an administrative capital near their home in the Delta but Thebes remained an important center for religion & culture.

The Evolution of Egypt in the New Kingdom

Egypt New Kingdom has expanded from the Middle Kingdom of Egypt (2040-1782 BCE) and Second Intermediate period through which more people started in sending letters and also they started a well-organized writing system.

That is not all as Egypt during that time had many diplomatic relationships and trade based on written contracts, treaties, letters between kings, and bills of sale.

The Festivals In The Egypt New Kingdom

Among the most important festivals during the New Kingdom is “The Opet Festival”, which was celebrated for twenty days. The details of that festival are as following:

The Art of Egypt New Kingdom 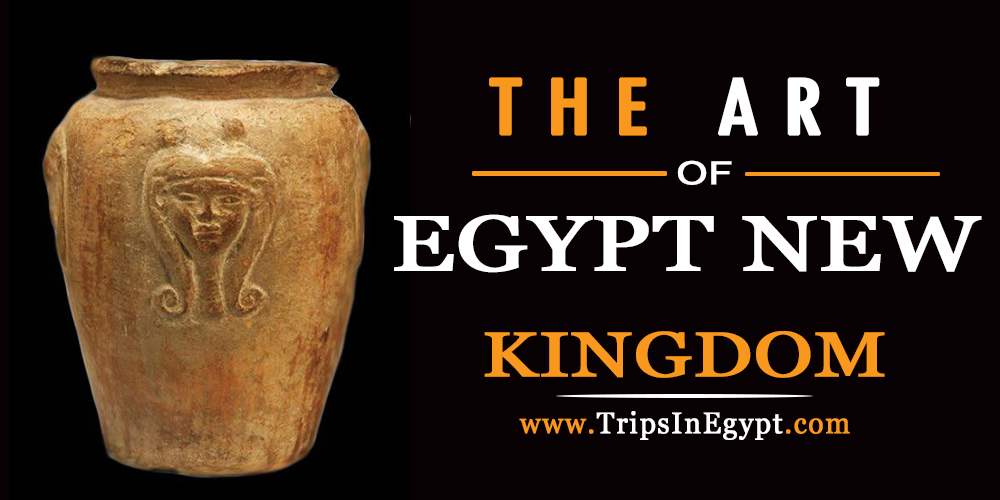 At the beginning of Egypt New Kingdom, the paintings & the sculptures weren’t much different from those which have been created during the Middle Kingdom. The pharaohs of the new Kingdom developed a new style in 1300 B.C called “The Amarna Style”. This style allowed creating less-looking sculptures that were somehow exaggerated.

Around 1200 B.C, Ramesses II and the ones who followed him followed a new style in the art which was mainly based on massive sculptures and the reliefs started to show more about wars and prisoners.

After the collapse of the New Kingdom, Egypt got so poor that no one could afford to buy massive statues & sculptures that are why artists and sculptors moved to other rich countries like Assyria so that they could buy their art.

An abundance of artistic masterpieces created for use by non-royal individuals has been produced during the New Kingdom of Egypt.

The Begining of the New Kingdom of Egypt

Vizier Ramesses I was the one who started the 19th dynasty in Egypt who was chosen by the last pharaoh of the 18th century Horemheb.

Ramesses II was the one who claimed victory at home after finishing the Battle of Kadesh. As a sign of victory, he established the great temples of Abu Simbel to commemorate his victory.

The Final Years of Power

Ramesses III was the last pharaoh of the New Kingdom who ruled through the 20th dynasty. He was able to defeat the Sea People who wanted to invade Egypt but he defeated them which led to a heavy cost.

The Egyptian Empire in Asia gradually declined and there is also a big problem with food as the sunlight couldn’t reach the Egyptian lands, crops, or trees.

The Decline Into the Third Intermediate Period

The sons of Ramesses III including Ramesses IV, Rameses VI, and Rameses VIII succeeded the throne from their father one by one after his death.

Because of droughts, the period during which the last pharaoh of the New Kingdom Ramesses XI was so weak and the High priests of Amun at Thebes became the rulers of Upper Egypt, and Smendes controlled Lower Egypt even before the death of Rameses XI.

Travel to the Times of Egypt New Kingdom

Open the past gates and explore the history of ancient Egypt by booking one of our charming Egypt vacation packages or sail on the Nile River & enjoy the beautiful sights on the banks through our Egypt Nile cruise packages. Don’t miss the chance and book us now: