Amenhotep III or as he was used to be called “Nebma’atre, Amenophis III, and Amana-Hatpa” was the 9th ruler of ancient Egypt during the 18th dynasty. All of his names are highly associated with Amun just to satisfy his deity and he was the son of Tuthmosis IV. During the reign of King Amenhotep III, Egypt reached an amazing period of prosperity & peace. He has some great achievement in the culture of Ancient Egypt that is depicted in the structures that were constructed during his reign and notably, he strengthened & expanded the borders of Egypt and that is why he is considered one of the most successful pharaohs of Ancient Egypt. Here is what you want to know about Pharaoh Amenhotep III:

The Life of King Amenhotep III 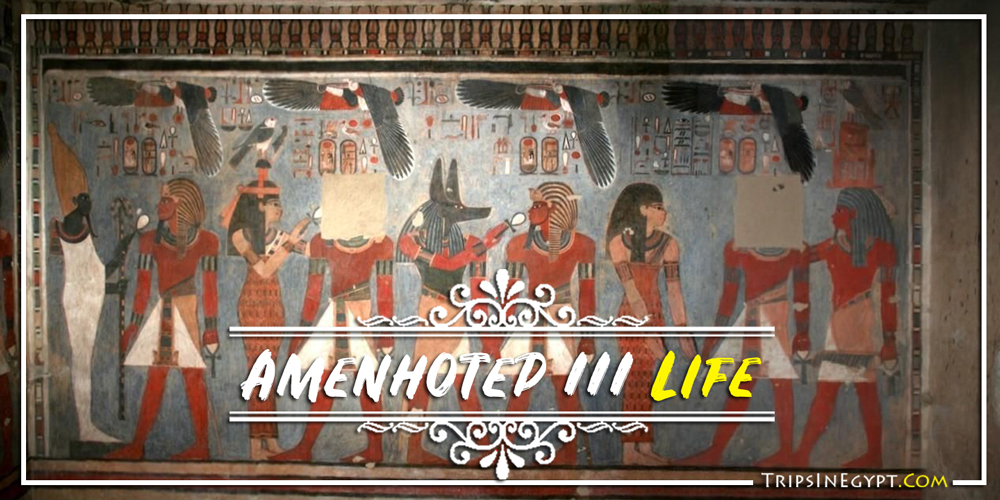 Amenhotep III has a very interesting reputation as a pharaoh as what truly distinguishes him from the other Egyptian pharaohs is that he constructed the most surviving statues, more than any other Egyptian Pharaoh, which exceed the number of 250 and they provide a series of portraits covering the whole length of his reign.

Surprisingly, from Syria to Solb in Nubia, more than 200 huge commemorative stone scarabs have been discovered and that they show the main accomplishments of the pharaoh, for instance, about 123 among those scarabs record the lions which the king has killed with his own arrow and another five, states how the princess of the king “Gilukhepa”, arrived Egypt with a retinue of 317 women.

Amenhotep III loved his wife Tiya so much and that is why he ordered his men to construct a great like for her in her town of Djakaru and Je was also rowed in the royal barge Aten-Tjehen in it. He has been crowned when he was just a child, between the ages of 6 & 12 years old and after two years, he married Tiya, who lived 12 years after his death. 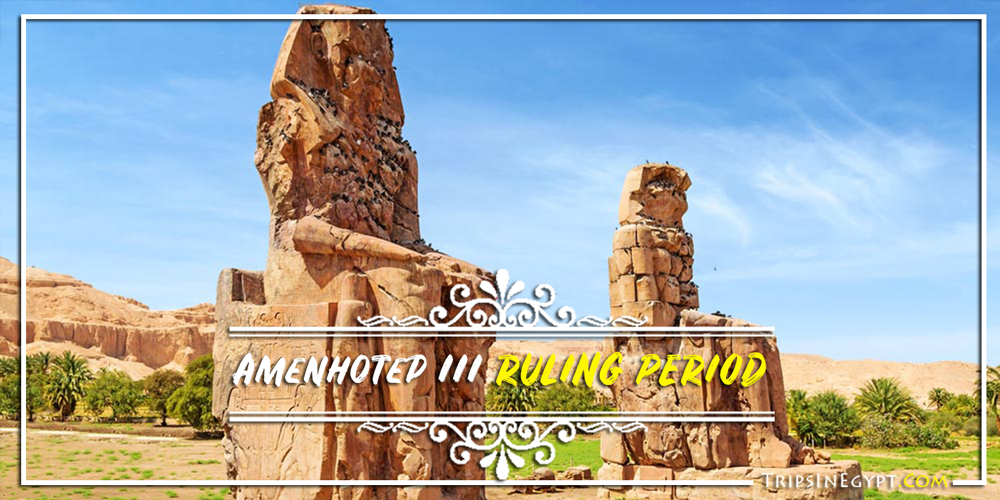 Amenhotep III ruled Ancient Egypt during the 18th dynasty and his reign started roughly in 1391 BC to 1353 BC. He had a lot of campaigns in Syro-Palestine and in addition to this; he constructed many shrines, temples, statues in Memphis & Thebes.

His father Thutmose IV left him Egypt while being in its highest power. He reached Egypt’s throne when he was only 12 years old and then he married Tiya and after a short period of time, she has elevated the rank of the Great Royal Wife, which the mother of Amenhotep had never obtain when she was the wife of the pharaoh.

Amenhotep continued the policies of his father and he started new building programs throughout Egypt & most notably about him is that he was the master of diplomacy and he enjoyed profitable relationships with the surrounding nations.

He was also an adept military leader and he maintained the honor of Egyptian women in refusing requests to send them as wives to foreign rulers. He claimed that no daughter of Egypt had ever been sent to a foreign land and would not be sent under his reign.

How was Egypt During The Reign of Amenhotep III?

His reign is known with unprecedented prosperity and artistic splendor as Egypt during his reign reached its peak of her artistic and international power.

This can be seen within the diplomatic correspondence from the Assyria, Mitanni, Babylon, and Hatti rulers and fortunately, it is preserved in the Amarna Letters archive and the letters show that he ruled for 30 years and they also show that he refused to let one of his daughters to marry the Babylonian monarch and this mainly shows that the Egyptian traditional royal practices didn’t allow such a thing.

During the reign period of Amenhotep III, Egypt lived its uneventful period except for the only one recorded military activity throughout the 5th year of his reign.

The Family of Amenhotep III 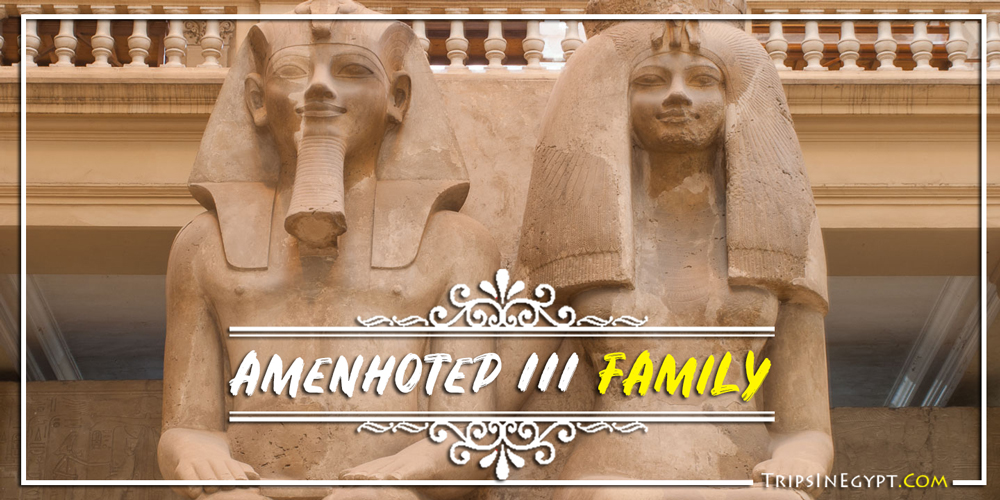 Amenhotep III improved upon his father’s policies and in religion, he did likewise. Amenhotep III was a supporter of the ancient religion of Egypt and according to this, he found a perfect outlet for his greatest interest, which was mainly based on the arts and building projects.

He used his ability to reduce the power of the priests of Amun, who got their power from their tight connection to Amun-Re. Through this, he took the power out of the priests and dedicate to other gods & goddesses according to the Egyptian belief.

Evidence for this is the statues that depict Sekhmet in the mortuary temple of the pharaoh. 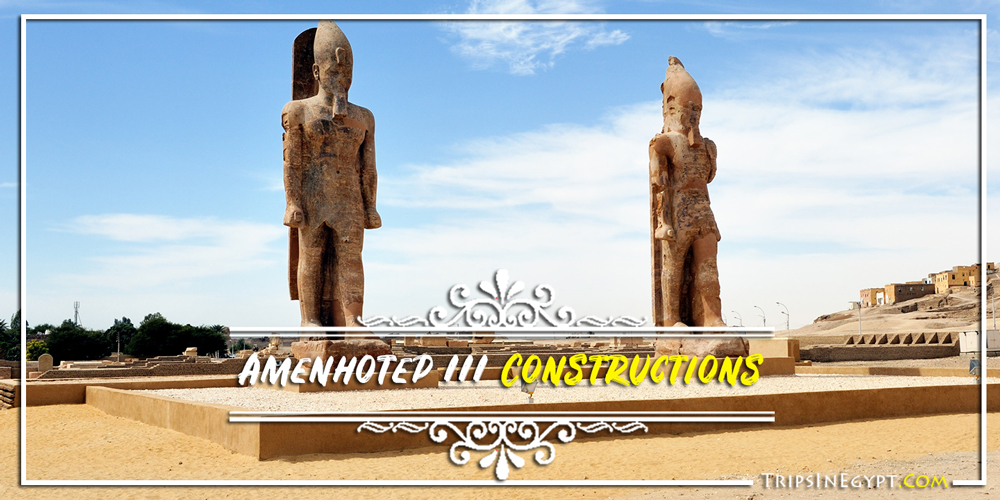 Two massive statues of Amenhotep III have been built during the reign of Amenhotep and each is seventy feet high, weighs seven hundred tons, and they are carved out of two single rocks. They are called “Colossi of Memnon”.

Another achievement of Amenhotep is the palace of Malkata, which is located on the west bank of the Nile. There are many other monumental achievements for Amenhotep III including the fascinating temple of Luxor in Karnak, which has two pylons inside the forecourt and then he started in constructing another two.

Between the third & the fourth pylons of the temple were decorated with scenes of the sacred barque of the deities Amun, Mut, and Khonsu being carried in funerary boats.

He also wanted to honor his wife Tiya and that is why he built her an artificial lake during the 11th year of his reign. One of the most important things he did is that he placed her in the same position as he is as he didn’t see any difference between both of them.

The Mortuary Temple of Amenhotep III 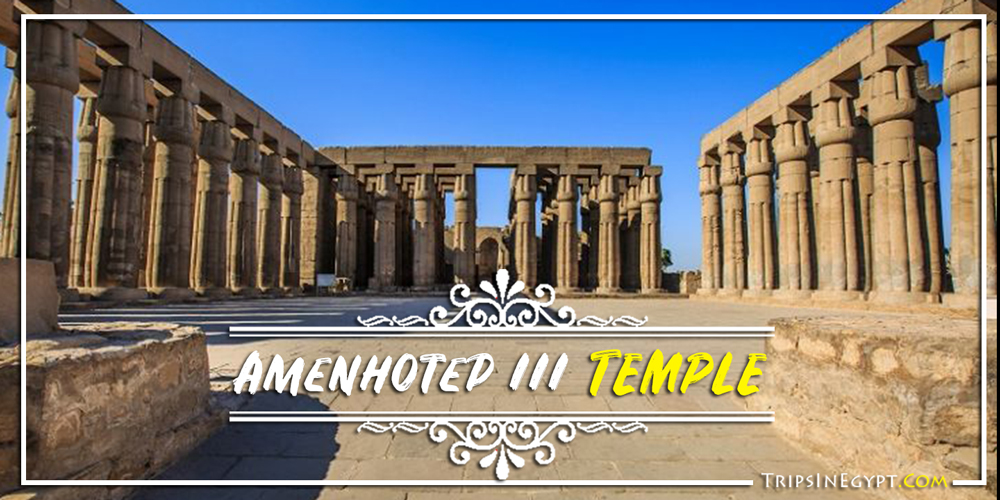 Amenhotep III’s temple has been built in the west bank of the Nile River, where there are many tombs that have a huge historical significance. When it was built, it was the largest one in comparing with the other temples but unfortunately, the temple has been stolen by thieves and robbers and also it was totally damaged by some natural disasters and basically, it was destroyed by the flood of the Nile River.

The Structure of Amenhotep III’s Temple

Amenhotep’s temple faced east, just like a lot of other temples in ancient Egypt so that all the rituals, burials, and offerings were made in the name of the sun god and blessed by him as well. There were two massive stone statues guarding the mortuary temple followed by a walkway, which was full of statues of the King and his Queen.

Then there used to be a courtyard, which had various statues including one of a crocodile sphinx which can still be seen from the road today. There were also some massive columns that contained some names engraved upon them, which were mainly the names of the prisoners of war. Nowadays, we can’t find in the location of the mortuary temple of Amenhotep except for the two massive statues which are called “Colossi of Memnon” and the entrance of Amenhotep’s temple.

Such a festival dates back to the beginning of the Old Kingdom of Egypt, which was held after 30 from the pharaoh’s rule so that he perform some tests to determine if he still fits being a pharaoh or not. After that festival, a stela was inscribed with some highlights of the event to commemorate the memory of how the pharaoh deserved the position he was in. For Amenhotep III, a stela was inscribed and it is now believed to be in the United States that was formed to take the shape of a temple pylon. Because Amenhotep III was an exceptional pharaoh, he passed through three Sed Festivals during his reign.

How Did Amenhotep III Death 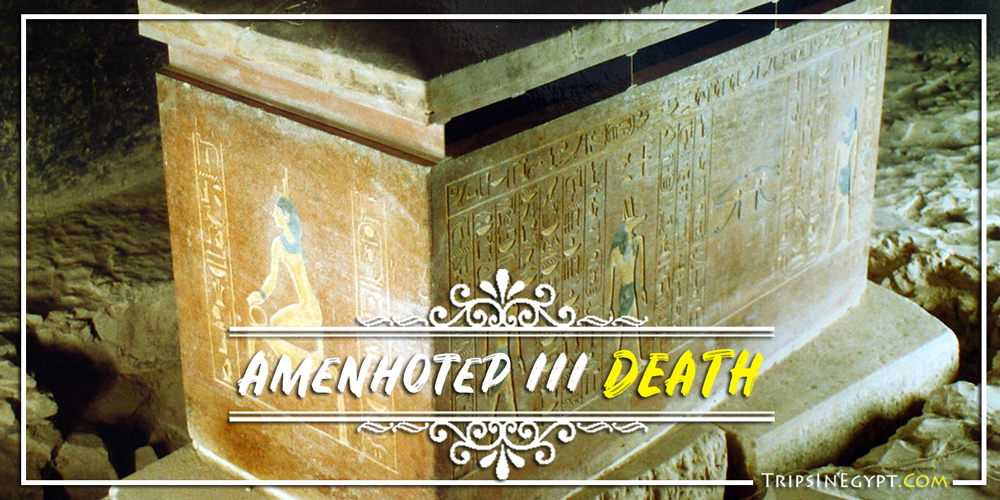 In the final years of Amenhotep’s life, he suffered from some dental issues and he wrote to the king of Mittani to send him the statue of Ishtar to heal him. The dental problems which he suffered from resulted in an abscess and he died in 1353 BC. After the examination of his mummy, archeologists including Grafton Elliot Smith concluded that he died in his forties or fifties and he suffered from arthritis before his death. He left great civilizations and years of hard work to the ones who followed him. 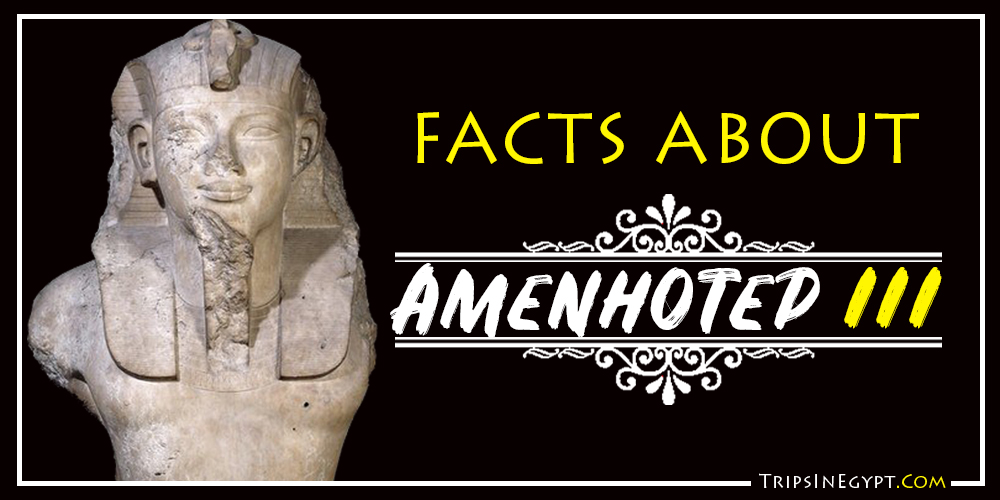 Explore the Mysterious Places in Egypt 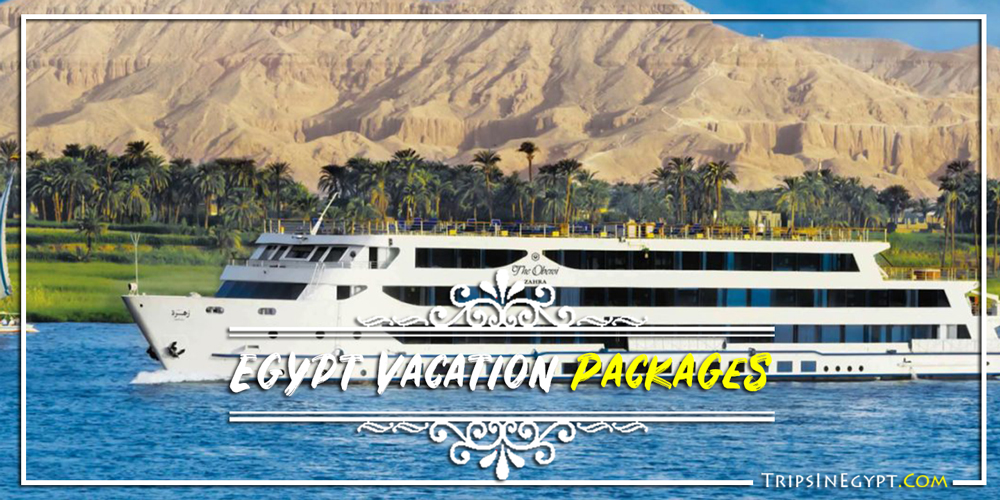 It’s better to see something once than to hear about it a thousand time. So if you hear about Egypt in such science fiction movies, the legendary of Egypt stories or any other media, you should know that in reality discover Egypt is a fabulous experience than to hear it. “Trips in Egypt” provides sounding tours to discover best of Egypt such as the Pyramids & the museum in Cairo, the legendary temples & tombs of Luxor and Aswan, the charming resorts of the Red Sea. All of that you can find through our Egypt vacation packages.

Also, there is a better way to discover Egypt by boarding a massive float hotel in the Nile river and sail between Luxor and Aswan which includes unforgettable tours to the attractions of Pharaohs such as Karnak & Hatshepsut temples, Philae & Edfu temple and much more you can find it through our Egypt Nile cruise packages. Don’t miss the chance and make your trip to Egypt Guaranteed, choose your trip and send inquiry to us.