The two massive stone statues of Pharaoh Amenhotep III who ruled Egypt during the 18th dynasty are called “Colossi of Memnon”. They are located in the west of Luxor and directly face the Nile River. They are 18 meters high & each one of them weighs more than 720 tons and they depict the seated king on his throne with some imagery of his mother, his wife, the god Hapy, and other symbol engraved upon the statues. Through our article, you will know:

What Is The Reason Behind The Name?

The two statues of Amenhotep III were named after the Greek hero Memnon who was an Ethiopian king and eventually he was killed in a battle by Achilles. Because of Memnon’s courage in his battles, his name was used to dedicate his memory through calling the two statues of Amenhotep III “Colossi of Memnon” after collecting the parts of the statue once more as in 27 BC, an earthquake shattered the two colossi and they had to be gathered together again.

There is an ancient belief that is closely associated with these two statues. According to Greek Mythology, Memnon, the Greek hero was the son of the goddess of Dawn, Eos. Some explain the sound that comes out of the cracks of the statues is actually the sound of Memnon crying to his mother and this phenomenon attracts tourists from all parts of the world to witness.

What Was The Colossi of Memnon Used For?

The two massive statues of Amenhotep III were mainly built as a gate to the large mortuary complex of Amenhotep III. Some natural disasters including earthquakes, floods, and other events led to the disappearance of the whole complex in addition to the fact that Ancient Egyptians used some of the monuments of the complex to build other attractions.

Amenhotep III and The Glory of Egypt

Pharaoh Amenhotep III reached the throne of Egypt at the age of twelve and during his reign, Egypt reached a state of wealth and prosperity.  He followed the way of the majority of pharaohs in establishing great buildings and Egyptian monuments and that led him to establish over 250 buildings, temples, statuaries, and stele.

Amenhotep III improved upon his father’s great policies of rule and religion throughout his ruling period. He was a supporter of the ancient religion of Egypt and expressed his interest in the patronage of the arts and in building projects and among his most magnificent achievements was his mortuary temple complex which included the unique Colossi of Memnon.

The Mortuary Complex of Amenhotep III 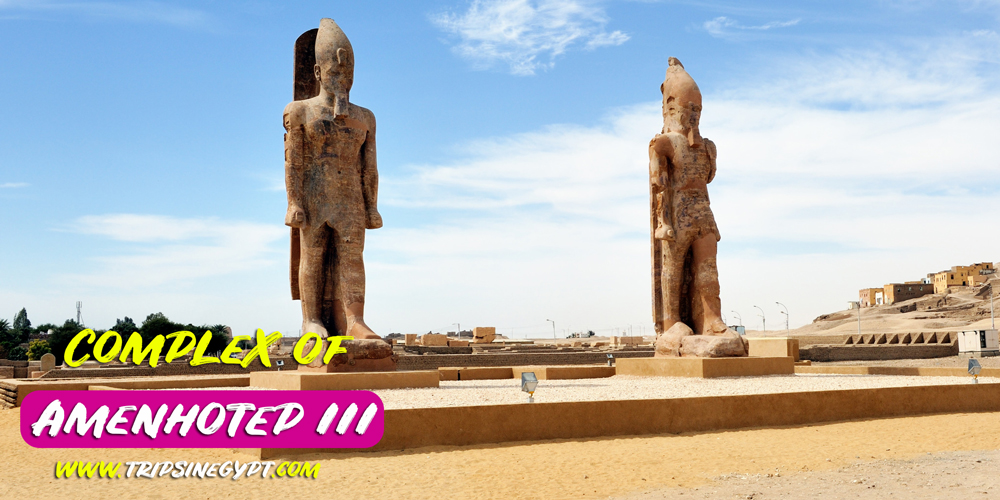 During the construction of Amenhotep’s complex, it was intended to be more inspiring than any other complexes including the Great Karnak Temples. It used to cover over 86 acres and included a lot of rooms, halls, porticos, and plateaus which mirrored the vision of the field of reeds, the Egyptian paradise. Amenhotep III closely associated himself with Osiris, who was the first king of Egypt and the Lord and Judge of the Dead.

The Sound Phenomenon for Colossi of Memnon

Because of the earthquake that causes the damage in the northern part of the statues, there has always been a sound of singing like the sound of a lyre. As a result, every dawn, there is a singing sound comes out of the statues. To repair the damage that happened to Amenhotep’s statues, there had to be some specific procedures to save them from collapsing & vanishing just like Amenhotep’s complex.

Interesting Facts About Colossi of Memnon 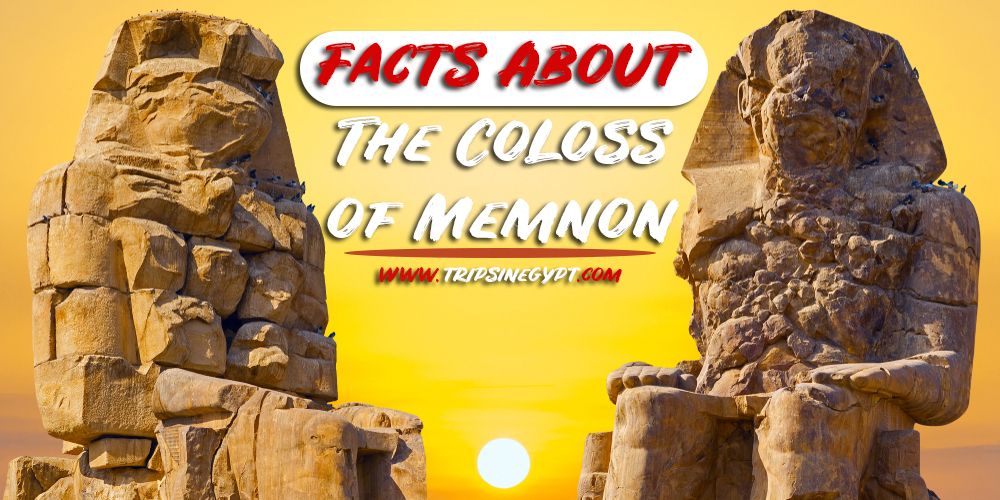 Reach for the Stars with Our Variety of Egypt Tours

Enjoy some of our best Egypt vacation packages to witness the greatness of the Egyptian civilization while visiting the majestic landmarks in the tiptop Egyptian destinations including day tours to Cairo, Luxor, Aswan, Alexandria, in addition to the most recommended Egypt Nile cruises packages to enjoy some of our incredible tours.