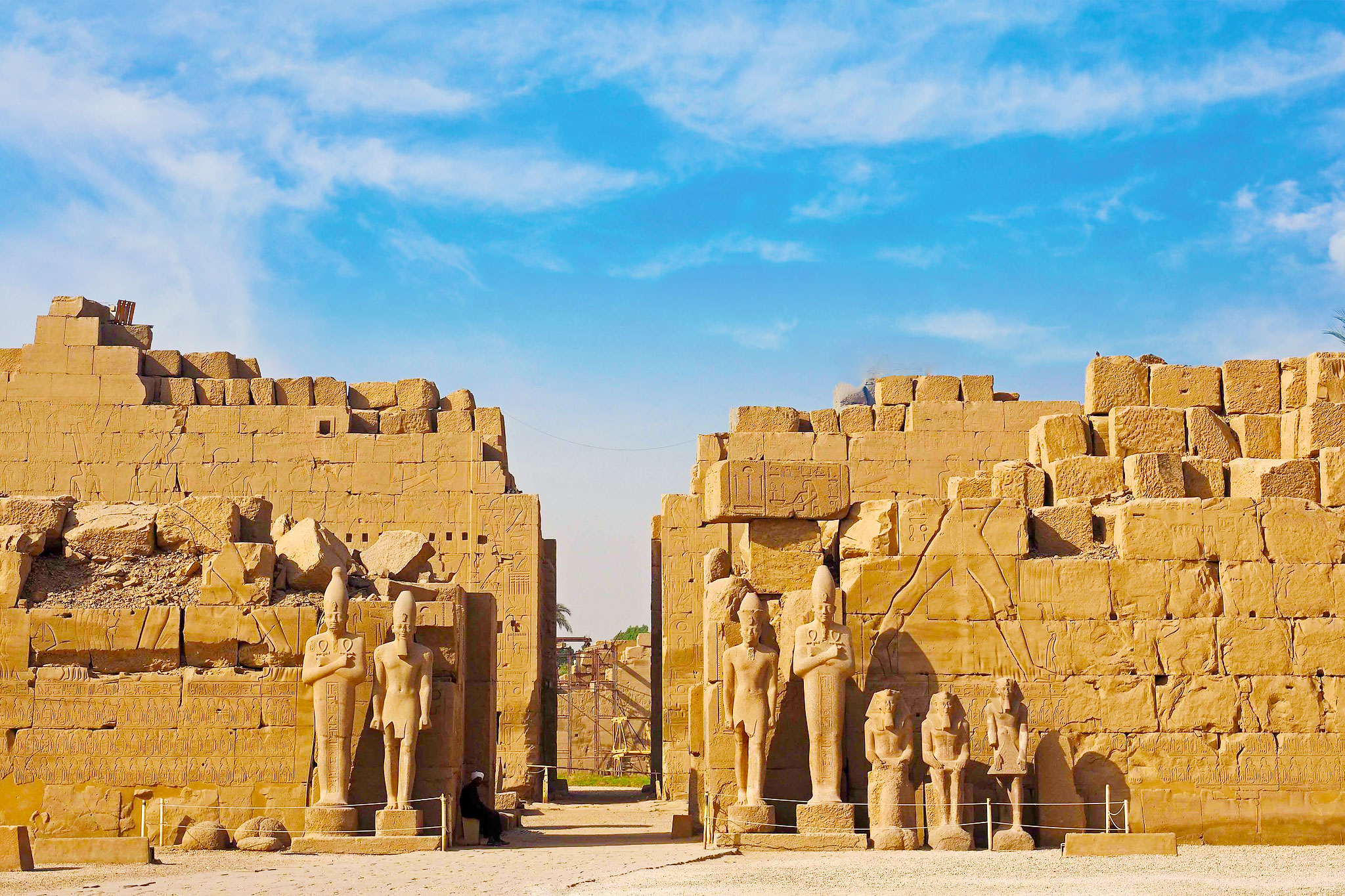 Karnak Cachette of Thebes is one of the most epic discoveries in the golden city of Luxor which not many people are aware of which was the reason behind the most significant artifacts and archaeological monuments ever discovered in the history of ancient Egypt. The artifacts were able to shed light on the artistic evolution and innovation of the ancient Egyptian civilization that spanned more than 5000 years.

All the artifacts unearthed in this magnificent discovery will explore the rich history and mythical culture of ancient Egypt during the ups and downs of this immortal civilization.

The history of the Karnak Cachette discovery dates back to 1903 when the French Egyptologist Georges Legrain unearthed about 800 stone statues, more than 350 block statues, and 1700 bronze statues plus a number of other artifacts which all date from the old kingdom to the Ptolemaic period between 2700 BC to 30 BC.

Most of the artifacts date to the New Kingdom (1570 BC – 30 BC) to the end of the Ptolemaic era, and the 25th Dynasty. The treasures were buried in the north-west part of the courtyard of the Amun Temple which is now known as "The Cachette Court of the Precinct of Amun-Re" which acts as one of the four temple enclosures which make up the golden Karnak Temple Complex.

The discovery was reasonable for the finding of the biggest Egyptian hoard statue ever created which was buried in the Ptolemaic period by priests with a number of offerings. The process of lifting the artifacts was very difficult due to the high water level in the area which lasted all the way to 1907.

These artifacts can be found in the Cairo Museum plus a number of museums found all over the world. From the old kingdom is the statue of king Niuserre, and from the middle kingdom, are the statues of Senusret I, Senusret III, and Amenemhet III. Many statues dating to the 18th dynasty belong to a number of Pharaohs such as Tuthmosis III, Ramesses II, Ramesses III, and Ramesses VI.

The Supreme Council of Antiquities (SCA) of Egypt and the Institut Français d'Archéologie Orientale (IFAO) and in 2006 started a database that shows the artifacts. In 2021, the database was updated which shows 8000 pictures exhibiting the artifacts found within the Egyptian museum.

How Was Karnak Cachette Discovered?

He was responsible for the restoration of eleven columns found in Karnak’s great Hypostyle hall by creating a strong foundation for the entire columns in 1902. One year later after his work on the rest of the Karnak, he made a breakthrough by discovering this hidden underground gem which is filled with marvelous archaeological treasures.

Who is Georges Legrain?

The French Egyptologist Georges Legrain started his life as a student in Egyptology at the École des Beaux-Arts in Paris from 1883 to 1890 and in the Sorbonne under famous Egyptologists like Gaston Maspero. His first paper was published in 1887 discussing the analysis of a Demotic papyrus.

In 1892, he became a member of the Institut Français d'Archéologie Orientale (IFAO) in Cairo as an archaeological draftsman and an illustrator. He then traveled to Thebes to become the overseer of the artifacts there for seven years from 1895 and 1902, and it is during the end of his time there; the Karnak Cachette was made. He continued his work in Egypt, even after WWI.

The golden city of Thebes is filled with a number of golden treasures and wonders which can be discovered by one of our Luxor day trips that will find the 5000 years old history and culture of the greatest civilization on earth which stood the test of time.