Muhammad Ali Pasha was born on 4 March 1769. He was an Ottoman commander in the Ottoman Army. He became a Wali and was declared a Khedive of Egypt and Sudan with the temporal approval of the Ottomans. He is the founder of modern Egypt because of his dramatic reforms through the economic and military spheres he instituted. His dynasty ruled Upper & Lower Egypt and Sudan until the Egyptian Revolution in 1952 led by Muhammed Naguib and Gamal Abd El-Nasser. Muhammed Ali died on 2 August 1849. Here all the information you need to know about Muhammad Ali: 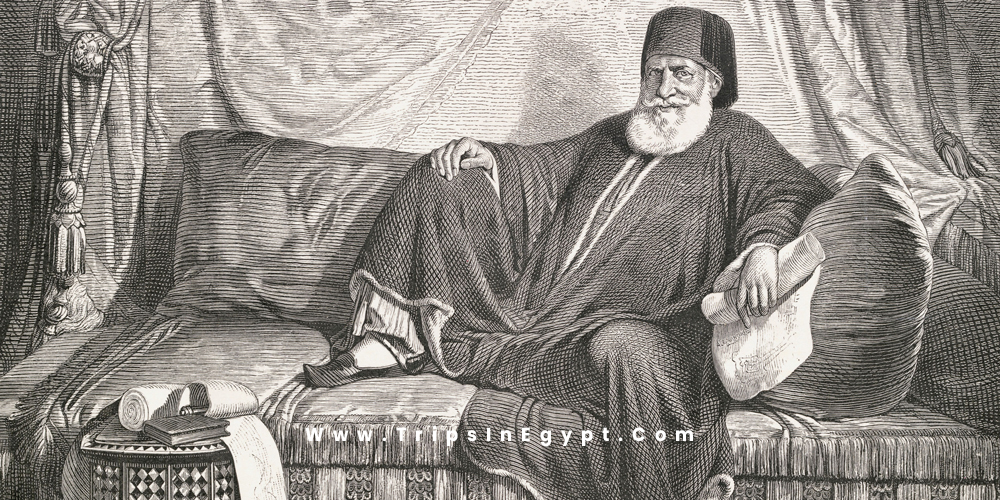 Muhammad Ali Pasha was born in an Albanian family in Kavala, Macedonia. He was the second son of a shopping merchant called Ibrahim Agha. When his father died, he was raised by his uncles and cousins. His uncle gave him the rank “Bolukbashi” because of his hard work in collecting taxes. His cousin Sarechesme Halil Agha was the one who gave Muhammad Ali Pasha the second rank of Albanian mercenaries, so he was sent to re-occupy Egypt following General Napoleon Bonaparte’s withdrawal. He married Emine Nosratli, the daughter of Ali Agha. She was a wealthy widow and his maternal cousin.

How did Muhammad Ali rule Egypt? 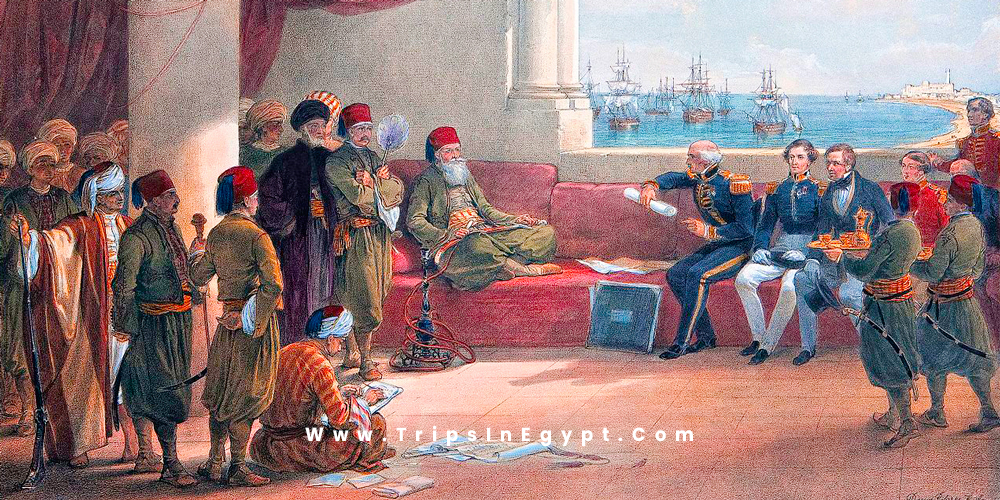 Muhammad Ali Pasha’s unit was sent in 1801 to re-occupy Egypt, following a French occupation, which was a big threat in Egypt. The Ottoman forces clashed with the Mamluks for power. Therefore, Muhammad Ali Pasha used his loyal Albanian troops to work with both sides and that’s how he gained power and prestige for himself. He worked very carefully to gain the support of the public. The Ulema demanded to replace wali Ahmed Khurshi Pashaha by Muhammad Ali in 1805. Ali exiled the leader Omar Makram to Damietta as he discovered his intentions to seize the throne for himself in 1809. Mohammed Ali had the ability to forestall popular opposition until he had consolidated his power.

The Mosque of Muhammad Ali 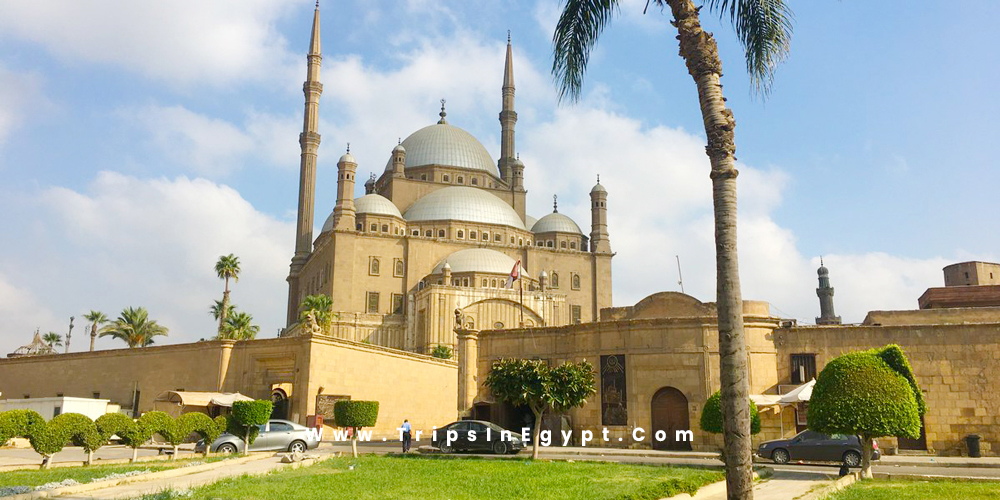 Mohammed Ali established the amazing mosque called “Muhammad Ali Mosque” between 1830 and 1848 that was dedicated to honoring his son Tuson Pasha, who died in 1816 and was buried in a tomb within the mosque. The Turkish architect, Yousif Boushnaq, designed this magnificent mosque. It was built at the beginning of the 19th century and is considered the biggest Ottoman mosque. It has decorated walls and beautiful hanging lamps on the Turkish style. 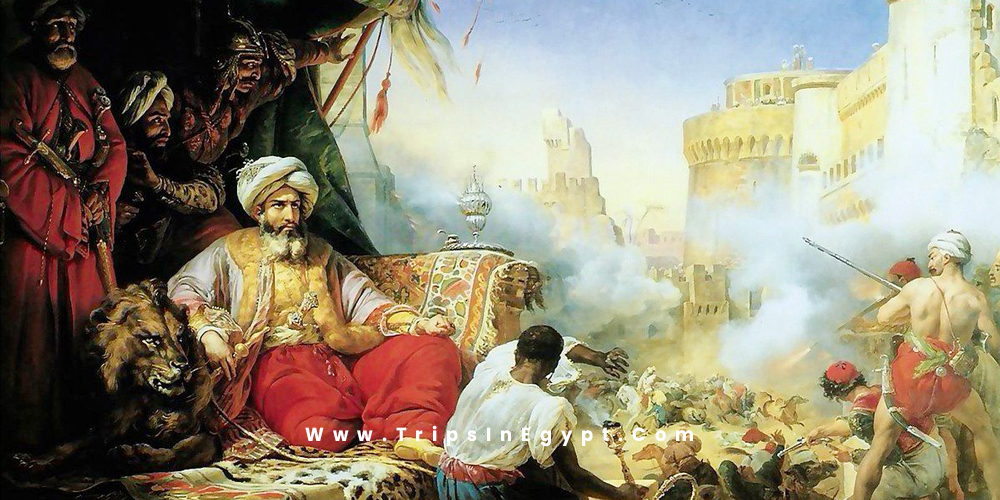 The Mamluks controlled Egypt for more than 600 years and they were a threat for Muhammad Ali Pasha while expanding their rule to the south along the Nile River to Upper Egypt. Muhammad Ali tried to eliminate the leadership of the Mamluks by making a plan and invited all leaders of Mamluks to celebrate his son, Tuson at Cairo citadel of Salah El-Din. His troops surrounded them and killed them one-by-one in 1811 AD. Then he spread his army in all the areas of the country to kill all the remaining Mamluks. And that’s how Muhammad Ali Pasha was the one who transformed Egypt into a regional power.

The Reformations of Muhammad Ali Pasha 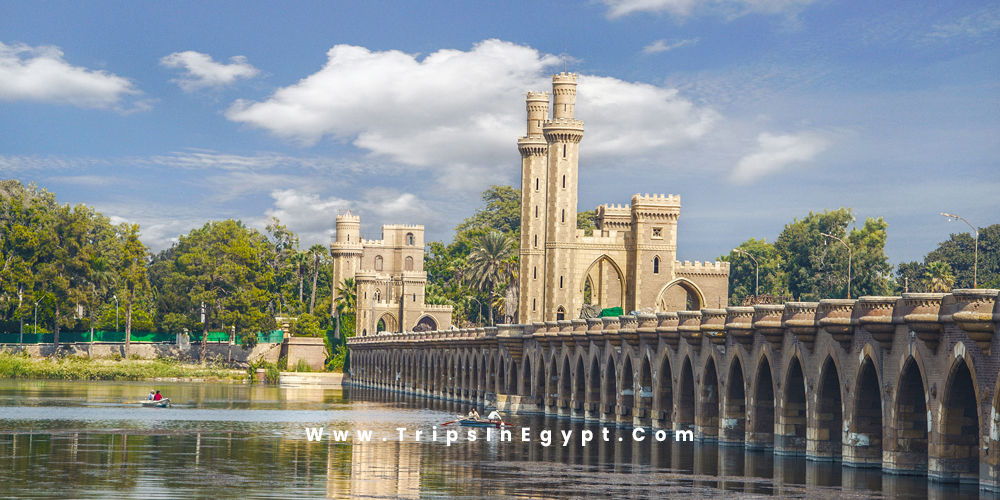 Mohamed Ali’s goal was to separate Egypt from the Ottoman Empire and let his own dynasty to rule it. In order to do so, he had to reorganize Egyptian society, streamline the economy, train a professional bureaucracy, and build a modern military. The first thing he did was that he nationalized all iltizam lands of Egypt to secure avenue stream for Egypt. He also raised taxes for those who had landed in Egypt. Unfortunately, the taxes were high and when the farmers couldn’t pay the taxes, Mohamed Ali confiscated their properties. He focused on the production of weapons to build a modern military.

Muhammad Ali Pasha started to construct a navy through the shipyard he established in Alexandria. He expanded the agricultural lands and established an industrial base for Egypt. His industry wasn’t only based on weapons, he established a textile industry to compete for the European industries. The textile industry wasn’t successful so Mohamed Ali made use of the existence of some Europeans in Egypt and trained the Egyptians in the European skills. He did his best to train a professional military and bureaucracy so he sent promising citizens to Europe to study. Egyptian students in Europe had a big chance to learn different languages and skills.

The Law Under Muhammad Ali Pasha 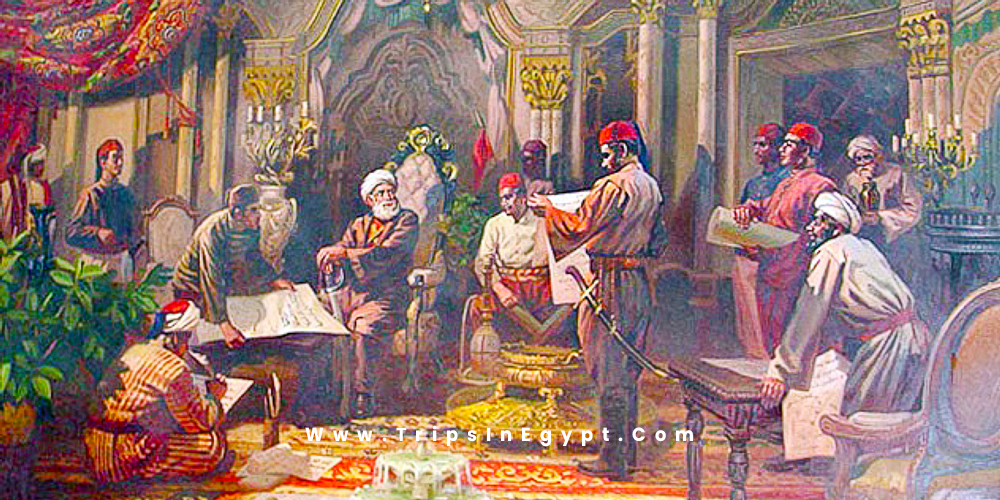 Muhammad Ali wanted to have more control against the crime in Egypt. He passed his first penal legislation in 1829, in an effort to get a stronger hold over the population. He was on his way to establishing an independent state. He created a state of “Law and Order” so that Christians can become safe in Egypt and gain European influence. He established different police forces in regions in Egypt, especially in Alexandria and Cairo. Law has changed and autopsy became an important form of evidence used within the criminal law in Egypt.

The Medicine School of Women by Muhammad Ali Pasha 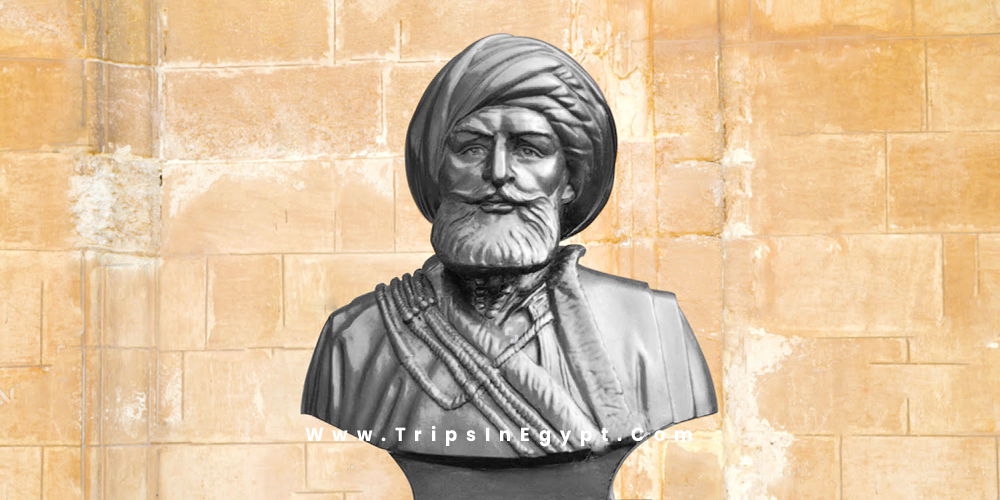 A new school of medicine for women was established by Antoine Clot in 1832 when Muhammad pasha allowed the establishment of such a school. The aim of such a school was the production of “Hakimas” to treat women and children. Muhammad Ali Pasha wanted a healthy army and he couldn’t do that unless all wives know about medicine to treat their husbands. This school followed the French model. When Hakimas married, they have given the title of Effendi, the rank of second lieutenant, and a monthly salary of 250 piasters.

Explore All Charming Attractions of Egypt

Egypt is full of amazing attractions such as pyramids, temples, tombs, mosques, churches, and much more. So you can visit Mohammad Ali mosque through our Egypt tour packages, or if you are in Cairo you can check our below Cairo day tours to enjoy a private tour that includes visiting Muhammad Ali mosque.