Valley of The Nobles

Valley of the Nobles is located on the west bank of Luxor in an area called Sheik Abd El-Korna and it includes around 500 tombs of Theban nobles and high officials in ancient Egypt. Here are the famous tombs of the Valley of the Kings:

Tombs of The Nobles at Luxor

The tombs of the valley of the nobles were dug in the mountain that is across from the Nile River. The nobles in the valley served once the pharaohs of Egypt New Kingdom. 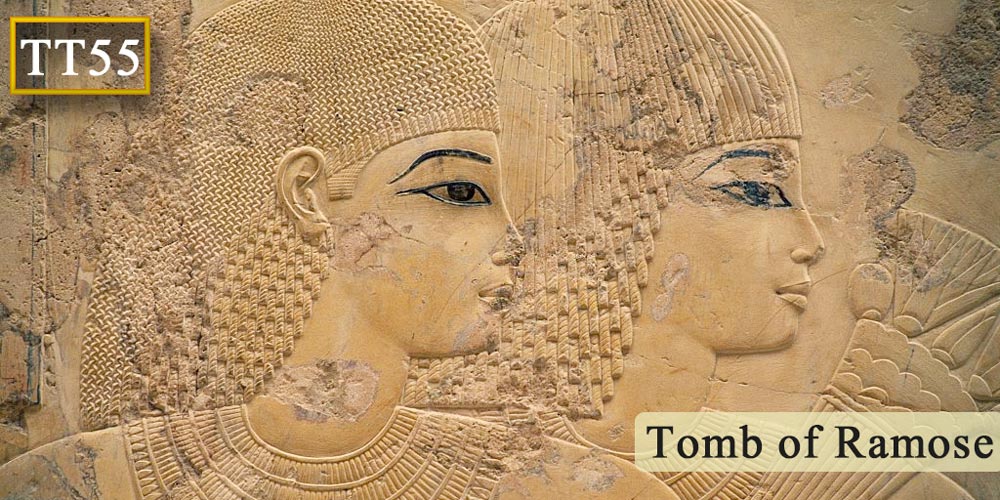 The most important tomb in the valley was the tomb of Ramose number 55, who was the mayor of Thebes during the end of the reign of Amenhotep III and his son Akhenaton. Because Ra-Mose had to move with his son to the new kingdom “Akhtaton”, the tomb was left unfinished except for the part, which workers were able to finish. There are some depictions of worshipers of the Sun disk and a picture of Ra-Mose sitting next to his wife and their goose beneath. 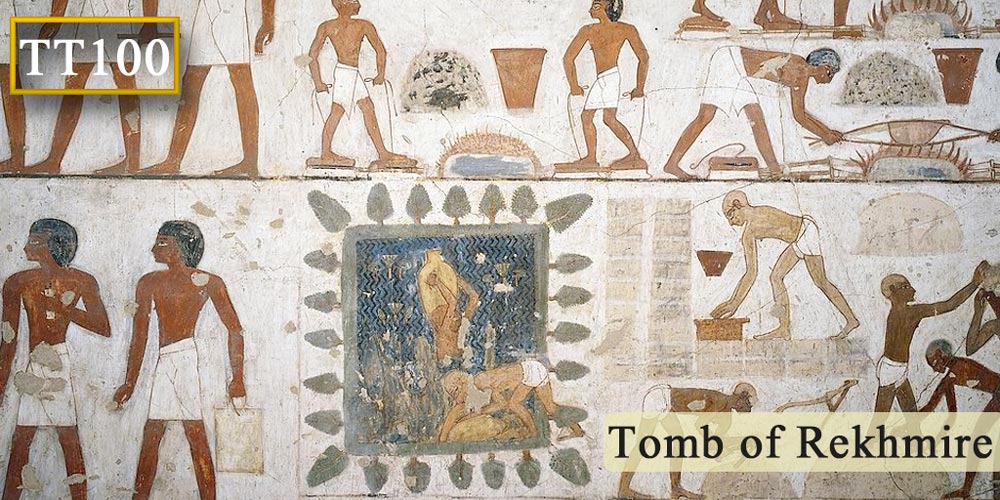 Rekhmire was the vizier of Tuthmosis III and Amenhotep II. In his tomb, there are many scenes of the life aspects of the ancients. The most interesting scene among them was the scene of the arrival of foreign delegations to the court presenting gifts such as utensils, agricultural products, and various animals to the king and his men.

The Tomb Chapel of Nakht “Tomb 52” 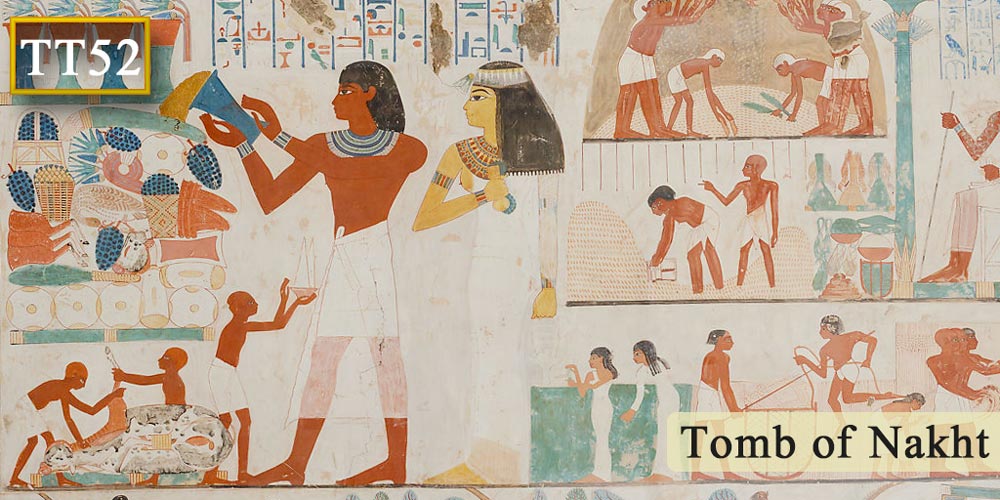 Nakht was the astronomer and the priest in the temple of Amon during the 18th dynasty. Although the tomb of Nakht is small, it was very well preserved scenes that are so beautiful including farming and fishing scenes. 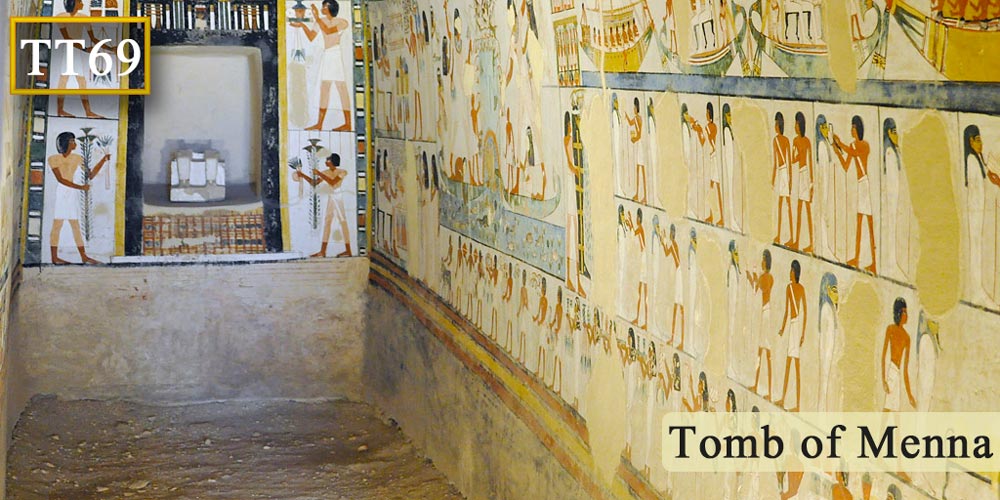 This tomb includes wonderful scenes with terrific decorations that still in a very good state. Menna was the land surveyor during the time of King Tuthmosis IV and was the one who was responsible for estimating the amount of taxes to collect from the farmers. There are some scenes inside the tomb related to agriculture including harvesting, threshing, plowing the fields and winnowing the seeds scenes. All of the depictions on the walls are well preserved except for some pictures of Menna as someone entered his tomb after the burial and destroyed his eyes. According to the history of ancient Egypt, someone hated Menna so much that he didn’t want him to see in his afterlife.

The Tomb of Sennefer “Tomb 96” 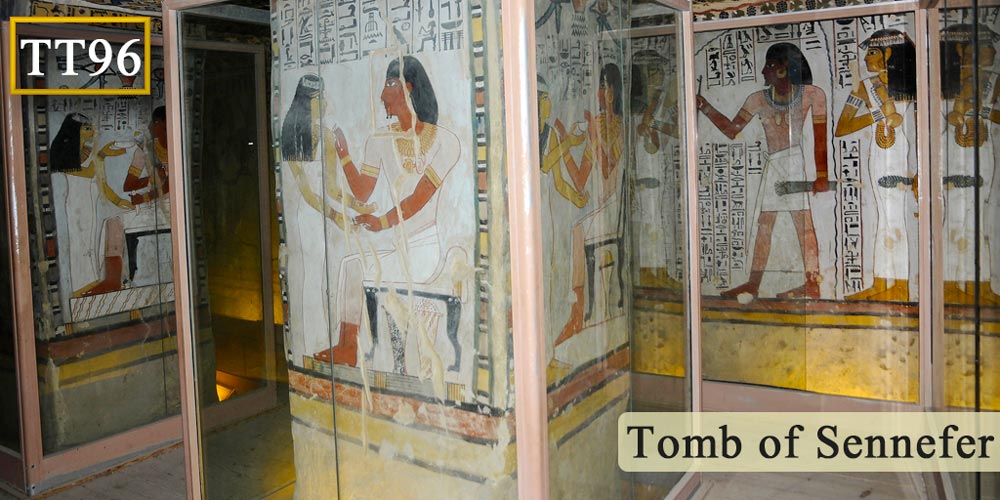 Sennefer was the mayor of Thebes and the overseer of the gardens of Amun during the reign of Amenhotep II. The tomb inside is so beautiful with some depictions of the life of Sennefer and his family. In addition to these tombs, there are other famous tombs of Khonsu, Benia, and the tomb of Userhat, which are known with their magnificent colors & decorations.

While visiting Luxor with its majestic attractions through Nile cruise such as Valley of the Kings and Valley of the Queens, you have to pay a visit to Valley of the Nobles to get the maximum joy while being in such a historical site or book a fabulous tour throughout our magical Luxor day tours and experience best of Egypt has to offer.