Luxor temple is the most significant religious Egyptian temple that was built by Amenhotep III. Its construction was completed by King Tutankhamun and Horemheb. It is located on the east bank of the Nile River in Luxor city, which was known as Thebes. Here all things need to know about Luxor temple:

Luxor temple was considered, “The Place of the First Occasion“, where the god Amun experienced rebirth during the pharaoh’s annually reenacted coronation ceremony and it was dedicated to the renewal of kingship. Behind the temple, there are chapels built by Amenhotep III of the 18th Dynasty, and Alexander. The temple was a legionary fortress and the home of the Roman government in the area during the Roman era.

The History of Luxor Temple 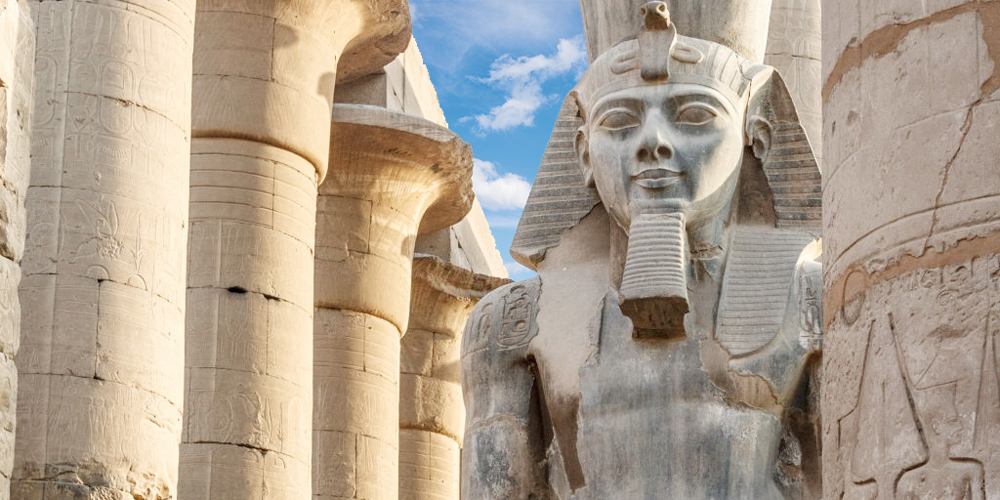 The construction of Luxor Temple started in the 14th century during the reign of Amenhotep III and Horemheb & Tutankhamun added columns, statues, and friezes. Akhenaten installed a shrine to the Aten instead of his father’s cartouches. The first major expansion of the Temple occurred after the first construction with about 200 years by Ramses II that is why Luxor temple is a unique destination for having only two pharaohs, who contributed into its construction.

The statues of Mut “The War Goddess“, Khons “The Moon God“, and Amun were sailed down the river to Karnak every year to ensure the flooding of the Nile. Luxor temple was largely buried underneath the accumulated river silt with the Arab conquest and Abu Haggag Mosque is at the top of this courtyard which is the main reason for discovering Luxor temple.

The Purpose of Building Luxor Temple 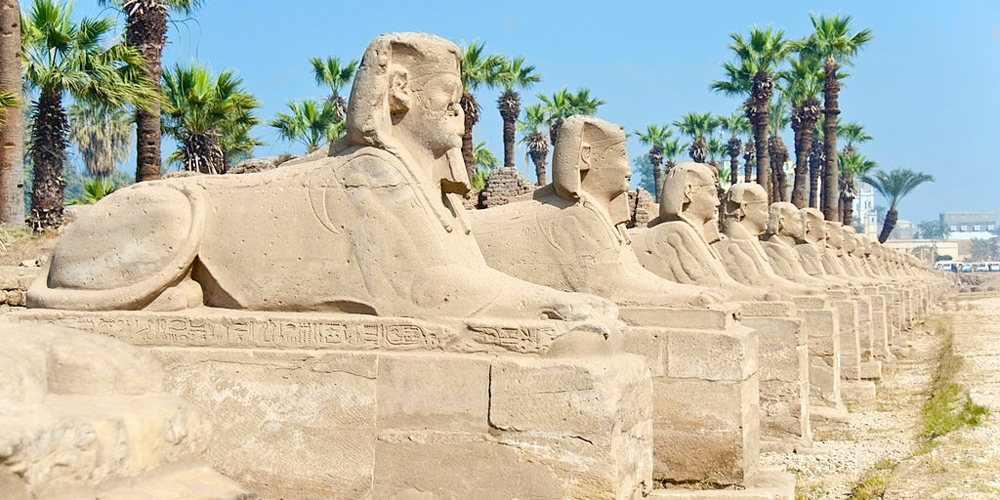 Luxor has always been a very important religious center for the ancient Egyptians. Luxor Temple, which is located near the banks of the Nile, was dedicated to God Amun, who was associated with Mut and the Theban Triad. It is considered to be one of the most impressive visits in Luxor because of its structure and its relief carvings.

The Construction of Luxor Temple 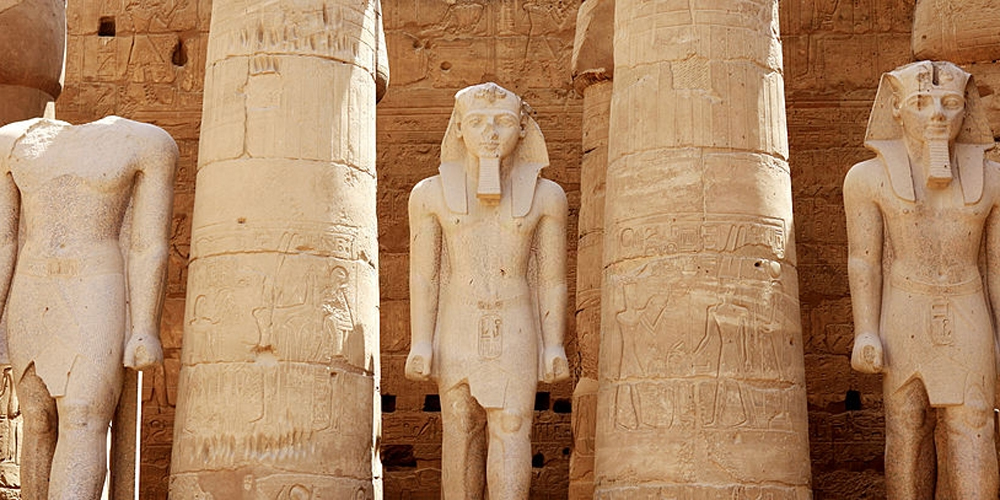 This magnificent temple was built with sandstone from Gebel El-Silsila. This sandstone was referred to as Nubian sandstone that was used for the construction of monuments in Upper Egypt. The Ancient Egyptians had a common technique in the construction of monuments, which was symbolism or illusionism, for example, a sanctuary shaped like an Anubis Jackal was really Anubis for them. There are two Obelisks at Luxor Temple, which have different height but they give the illusion that they have. 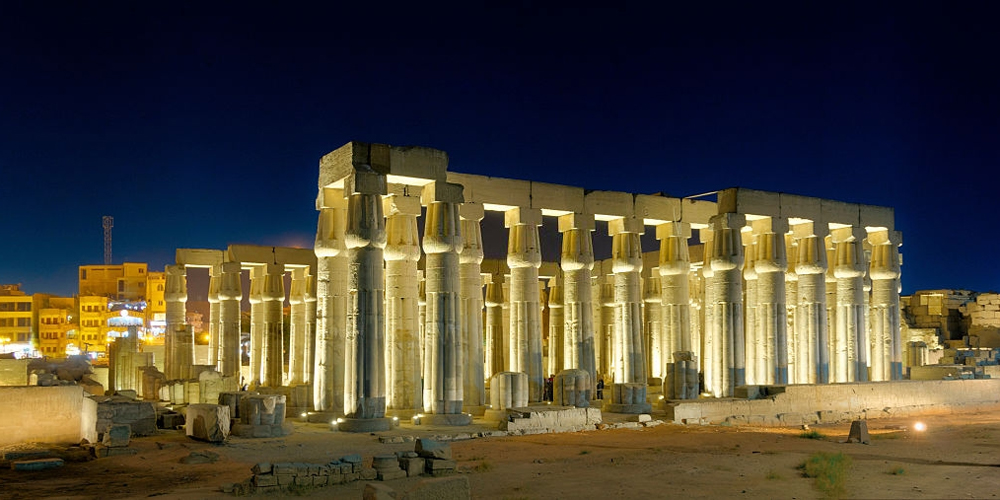 Luxor temple has always been known as a sign for Opet Festival as the temple was dedicated to the Theban Triad of the cult of the Royal Ka, Amun, Mut, and Khonsu. It was built during the New Kingdom of Egypt, the focus of the annual Opet Festival, in which a cult statue of Amun was paraded down the Nile from nearby Karnak Temple to stay with his consort Mut in a fertility celebration.

What You Can See Inside Luxor Temple 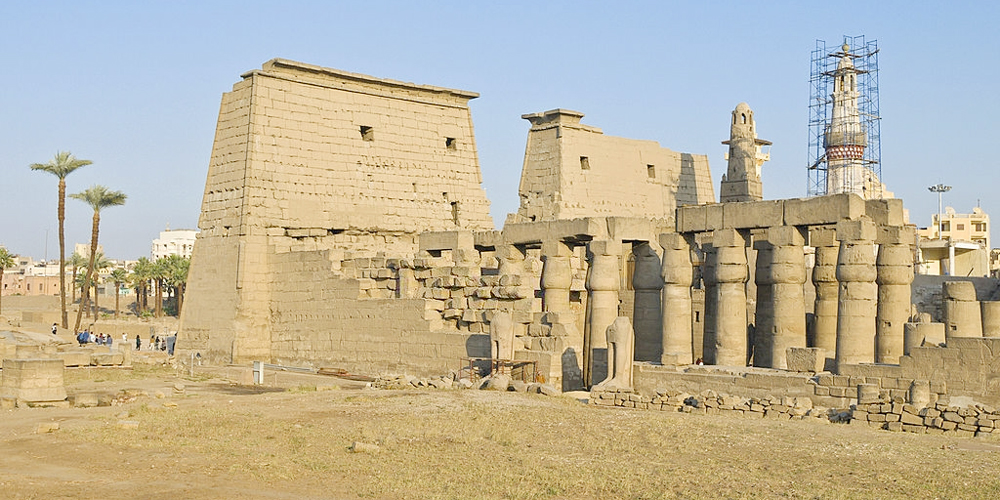 Luxor temple is huge and has several pylons. The first pylon is more than 70 feet high that was built by Ramses II and it is fronted by massive statues and several obelisks. This pylon is decorated with scenes from Ramses military triumph. There are many areas, which were used for worship purposes. There are also other additions such as a shrine of Alexander the great, and a Roman sanctuary. The causeway of the entrance is linked by many sphinxes, which is known by the sacred way or the Avenue of sphinxes.

There are six colossal statues of Ramses in the entrance of this astonishing temple. Four of these statues were seated and two were standing but only two seated statues have survived. There is a Hypostyle Hall, which was the first room of the Opet temple. There is also a surviving granite obelisk that is about 25 meters high. A peristyle courtyard was built by Ramses II. After crossing the courtyard, there is processional colonnade, which was built by Amenhotep III that is lined by 14 papyrus-capital columns.

Beauty is in the Embrace of Egypt

Looking for the best journey to Egypt with affordable prices? All that you need is provided through our Egypt holiday packages that include tours to the best destinations in Egypt such as Cairo, Luxor, Aswan, Hurghada, and Alexandria. Enjoy one of Nile cruise packages that give you the right chance to visit the enchanting monuments of Upper Egypt. It is the perfect time to choose the best decision of your life “Your Lifetime Chance“.