Looking for a vibrant tropical destination across the Red sea can be challenging but El Gouna is the ideal choice as the things to do in El Gouna is numerous filled with excitement and satisfaction. The magical lagoon of El Gouna is a modernly created miracle located 20km (12 mi) north of Hurghada offering the chance to live a complete tropical vacation filled with a tremendous vision of natural beauty, rare archaeological sites and every possible means of entertainment. Through our article, you will experience extraordinary 18 things to do in El Gouna starting with: 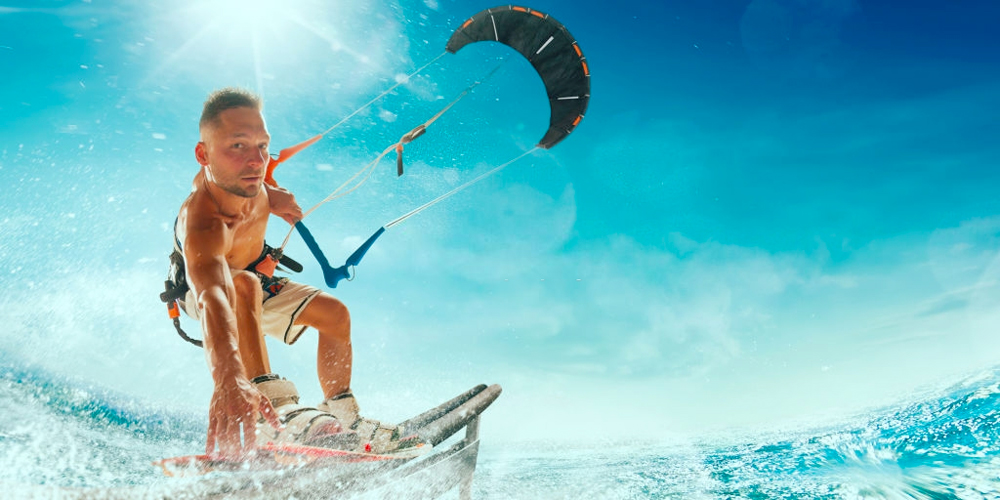 This adrenalin backed adventure will be the high light of your best things to do in El Gouna, El Gouna is a hub for water sports such as kitesurfing where every traveler will get to board the skies of el Gouna using a kite carried by the winds of the red sea to explore the allure of El Gouna from above and witness a living miracle, all while being safeguarded by your kite surfing instructor and a number of safety measures. 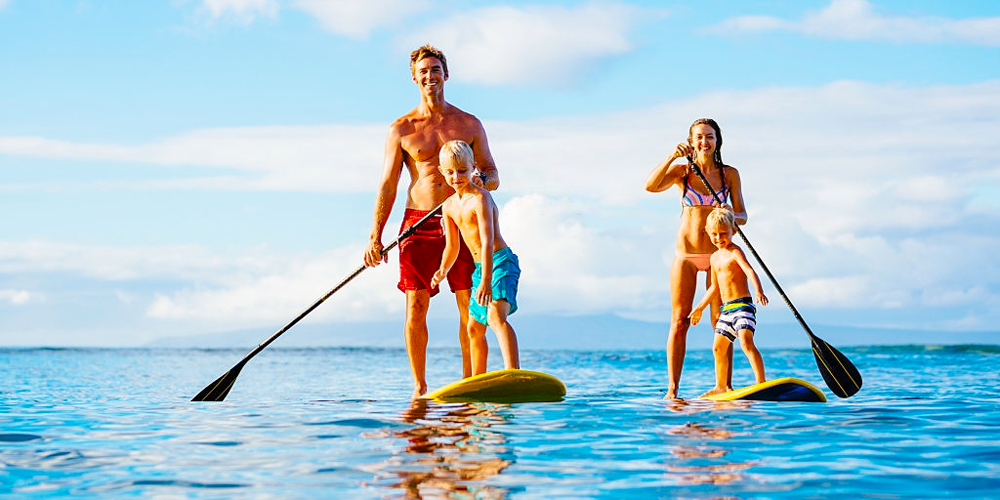 El Gouna is the home to many awesome watersports like stand up paddling from the lands of Hawaii where everyone can easily paddle across the waters of the red sea and meditate on the surface of its magical waters.

3. Board A Boat to Fishing Tour 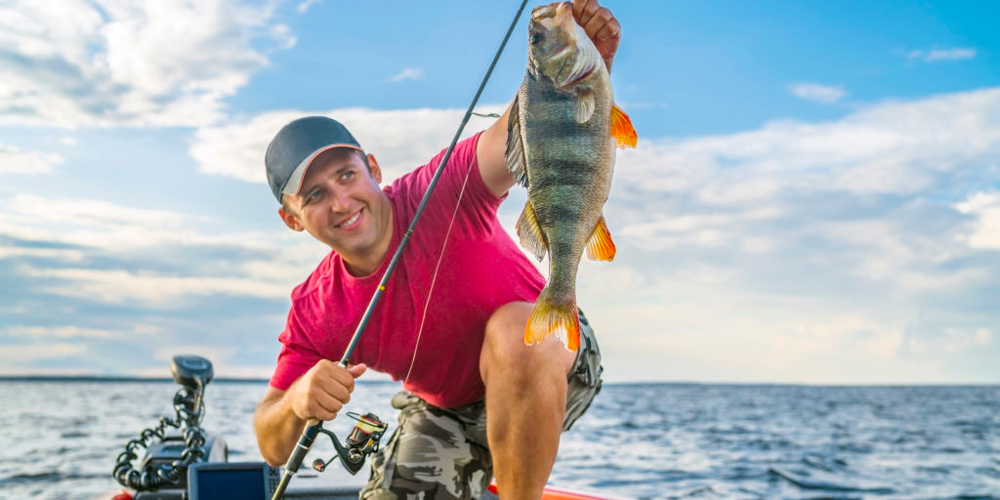 El Gouna is a haven filled with incredible sea creatures of the red sea where you will get the biggest & most amazing catch of your life. while on your fishing boat, you will get to hunt of the beautiful and delicious sea creatures and cook it straight away on your boat under the wonderful skies of El Gouna and the most delightful weather. Fishing will provide a profound joy and pleasure under the waters of the red sea. 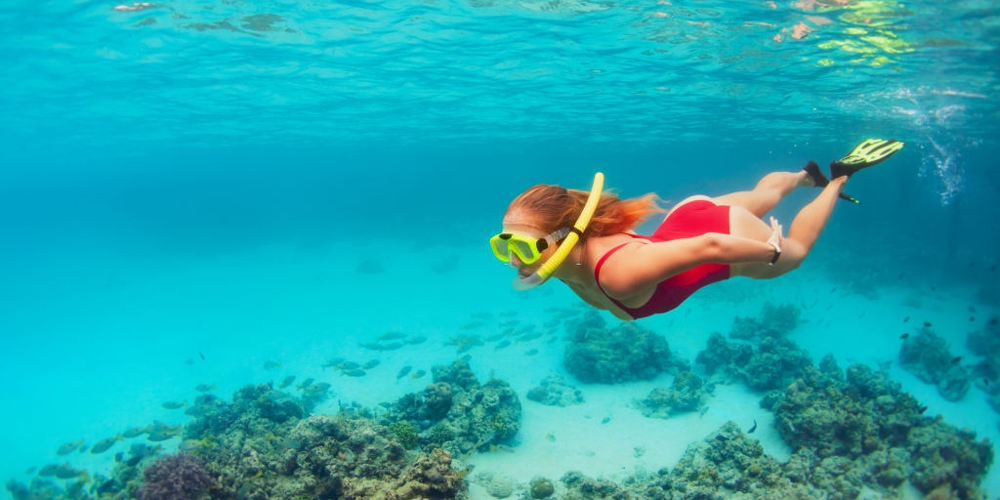 The Tropical heaven of El Gouna is able to transcend everyone to whole new levels through a snorkeling experience where all the hidden wonder of that part of the red sea is uncovered. Snorkeling is one of the best things to do in El Gouna where you will enjoy the tranquility of paradise between the beautiful sunshine & beaches and in the marvelous underwater ecosystem filled with rare sea creatures and colorful coral reefs. 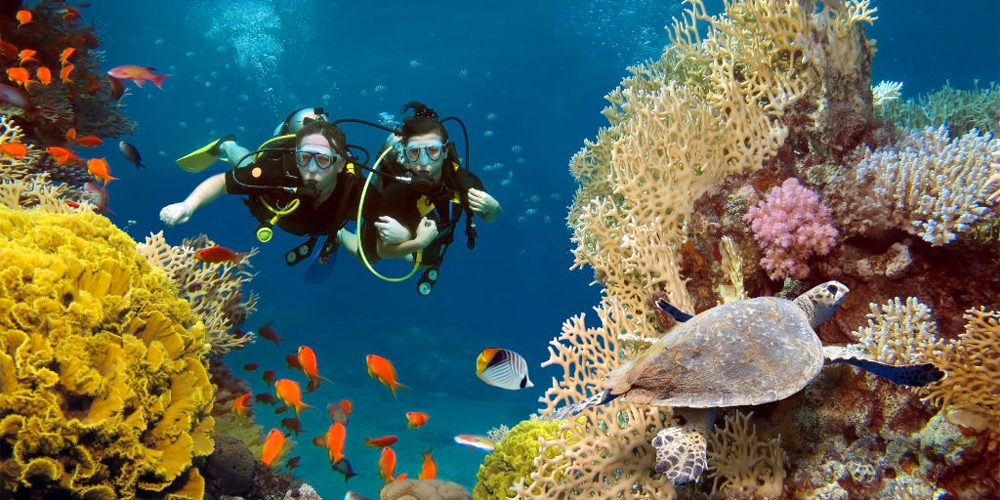 A chance to cross the borders between reality and fiction is close by a diving trip to El Gouna where all the wonders of the Red sea are located deep down in the delightful Zeytuna beach, Mangroovy beach, Moods beach and many more containing rare marine life of beautiful sea creature and enchanting coral reefs forming a harmonious ecosystem that makes every diver believe in magic and wonder.

6. Swimming with Dolphins at Dolphin House A magical swim with the angelic humans of the sea “The Dolphins” in the beautiful waters of El Gouna is one of the most entertaining things to do in El Gouna. You will get to feel the magic & harmony of the underwater marine life of the red sea inside the embrace of dolphins who will form a strong connection with you and reveal a number of beautiful sensations about the red sea. 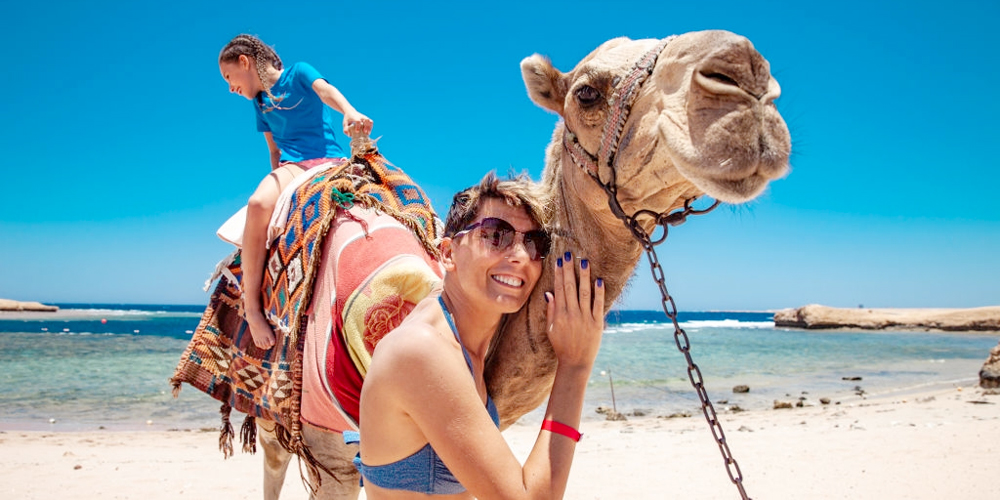 A camel ride across the eastern desert from El Gouna is like stepping into a different time and exploring the wild nature of the eastern desert showcasing pure ageless nature wonders in the embrace of the desert shining the sunlight in the day and in the night where the stars come out to offer a mesmerizing painting across of skies filled with sparking magical lights.

8. Have A Tour to Safari Desert by Quads 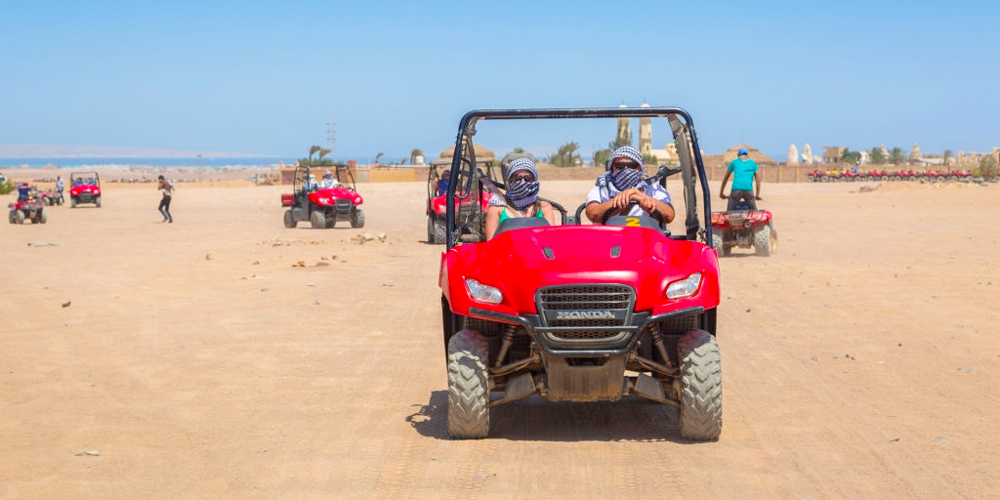 From El Gouna resort lies an adventure in the heavenly lands of the eastern desert where the untouched wild nature of the Sahara will offer true enlightenment. One of the exciting things to do in El Gouna is the safari trip where you will get to ride a quad bike or quad car or a camel around the desert to the heart of the honorable bedouin culture. The nightly skies and atmosphere of the Sahara will enchant your mind and soul as you gaze above at the sun & moon while discovering the wonders of the desert.

9. Enjoy the Nightlife in El Gouna The nightlife of El Gouna is a magical chance to achieve the highest form of joy, tranquility, and excitement. Things to do in El Gouna is achance to experience all the locations filled with the wildest hotspots and the almost hypnotic atmosphere across the shores of the magical red sea Rivera. There are various great clubs, discos, and bars in El Gouna filled with creative music, awesome drinks, restaurants and bars for creating a fun memorable time.

10. Enjoy a Bedouin Dinner in the Desert If you looking for the best nightly things to do in El Gouna, A Dedouin dinner is one of the recommended things to do where the taste of the delicious Bedouin dinner will remain in your memory forever. The Bedouin people residing in the desert will offer an ancient cuisine dating to thousands of years made from all-natural ingredients such as chicken pie, kofta, rice and potatoes cooked on natural coal, plus the natural baked Bedouin bread which serves directly of the oven directly into your mouth where it immediately melts, followed by a delightful Bedouin tea while enjoying an oriental show and folkloric songs. 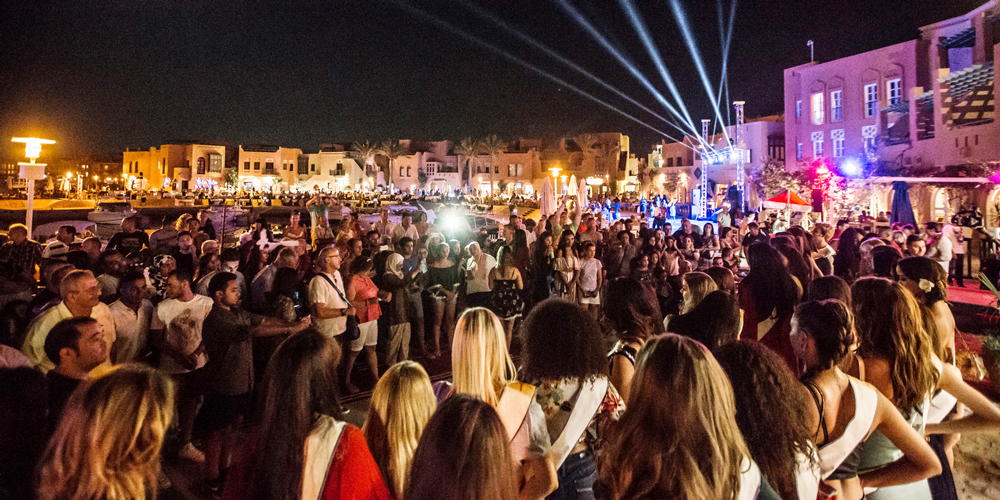 If any traveler is in the mood to have some fun while listening to the tasting the most magical music during the great music festival in El Gouna during spring break where a lot of international bands perform a live concert in open ground under a delightful atmosphere.

If you are looking to play some golf then El Gouna hosts a golf course designed by both Gene Bates and Fred Couples and a second golf course real estate project called “Ancient Sands Golf Resort” designed by acclaimed golf course architect Karl Litten which was opened in 2012. El Gouna offers the finest golf game experience accompanied by a magical view across the red sea. Inside the great city resort of El Gouna is the slider park the only wake park in Egypt and also one of the largest cable parks in the world. It is a great place for family and friends where everyone can perform many water activities like wakeboarding, waterski and kneeboarding across 15 floating obstacles plus there is a beach volleyball field. Inside the park there is the golden shell pool club delicious menu of innovative and fruity cocktails, flavourful food, famous local and international DJs, unparalleled entertainment, and panoramic views of the lagoon equipped an oversized leisure pool, bar, restaurant, open cabanas, sunbeds, and shisha house and joyful hits to offer the most relaxed vibe. One of the important things to do in El Gouna is the submarine tour. There is no better way to fully discovering the wonders of the heavenly red sea than with a Semi-Submarine where you will explore all the extraordinary underwater life of the red sea. The city resort of El Gouna marine life can be fully explored by a miraculous seascape submarine which removes the hidden barrier between the land and the sea so you can witness a harmonious ecosystem filled with majestic sea creatures such as thousands of exotic species and colorful extensive coral reefs up to two hundred species. Within the great city resort of El Gouna is all that you can wish for as there is no more awesome experience anyone can perform that a shopping tour On the roads outside the hotel shops where a number of shops that contain all that you want at lower prices are located. One of the modern spectacles in El Gouna is “The Desert Breath” which is located in the Eastern desert near Hurghada on the Red Sea coast. It is a double-spiral work of land art that suggests an experience of infinity with the desert as a landscape of the mind which is only viewable for only two decades after its creation in march 1997.

17. Take a Beautiful Sunset Walk on the Beach There is nothing more magical things to do in El Gouna than the sight of the sunset reflecting on the surface of the red sea like a beautiful enchanting painting from the heavens created for your eyes only. Imagine walking across one of the beaches of el Gouna while being followed by the fading light of the sun as it sets to the other side as you fill up with hope and happiness. El Gouna houses a museum containing a number of amazing artifacts since opening in 1996. Any traveler in El Gouna will get the chance to explore 90 exhibits featuring statue replicas from the ancient Egyptian culture equipped with three interactive computer displays providing each exhibit with a full description. The facilities inside the museum include 52 contemporary Egyptian paintings.

Complete Your Magical Time By Explore All the Wonders of Egypt

If you plan to spend a beautiful time in El Gouna, so you should know that there are many things to do in El Gouna besides what has been mentioned such as enjoying Nile cruise from El Gouna, visiting the enchanting pyramids, temples & tombs of Pharaohs, and much more where you can find your dream tour through our El Gouna excursions. Or simply you can customize your own dream tour to your chosen destinations to Cairo, Luxor, Aswan, Alexandria, El Gouna by the booking form below. And of course, your created tour will contain all the essential elements of a tour such as a tour operator will assist you from point A to Z in arranging the best and the most astonishing itinerary for you.