Memphis Egypt city was the ancient capital of Egypt and was also a very important center all through the history of Egypt. The ruins of ancient Memphis Egypt are located south of the Nile River, on the River’s west bank about 20 km south of Cairo. It was closely associated with the cemeteries or necropolises of Egypt where you can find the famous Giza pyramids and great monuments related to the marvelous Egyptian Civilization. It had about 30,000 inhabitants and was the largest settlement until 2250 B.C.The main cities, towns, pyramid fields from north to south are Giza, Abu- Ruwaysh, Zawiyat Al-Aryan, Saqqara, and Dahshur. Here all things to know about Memphis city:

The Great History of Memphis Egypt

This Ancient City of Memphis Egypt dates back to the last couple of centuries BC during the Greco-Roman period. It was the seat of power of the Old Kingdom of Egypt (2686—2181 BC) of, the special home to the Egyptian pharaohs, who raised the pyramids. Most of the great pyramids were built in the time when the city of Memphis Egypt was the capital and the most powerful city in Egypt. The most impressive thing about this city is the statue of Ramesses II that measures over 30 feet tall. It shows that the city remained important even 1500 years after the Giza Pyramids were completed.

The great Memphis Egypt city was the capital of ancient Egypt for eight consecutive dynasties and it reached a peak of flourishment during the rule of the 6th dynasty as the center worship of Ptah “The God of Creation and Artworks“. The main focus of worship in the city was the creator god Ptah, his consort Sekhmet, and their son Nefertem.

Tutankhamun “1332-1323 B.C.” relocated the royal court from Akhenaten to Memphis city at the end of the second year of his reign. He established temples and traditions following the monotheistic era of Atenism. There were also tombs of important officials from Tutankhamun’s reign such as Horemheb and Maya, which are located in Saqqara. The city was further developed under the reign of Ramses II, who devoted many monuments in Memphis Egypt and adorned them with colossal symbols of glory. His successor Merneptah established a palace and renewed the wall of Ptah Temple. Ramses II established many religious constructions within the 21st and 22nd dynasties.

It was at the main heart of the turmoil produced by the huge Assyrian threat. However, in 332 B.C, Alexander the Great was crowned pharaoh in the temple of Ptah. He had many contributions especially the religious ones. When he died, he was buried in the temple of Ptah. After the rise of Thebes, the New Kingdom of Egypt, Memphis Egypt started to decline after the 18th dynasty during the Ptolemaic dynasty and it falls in the second place after the foundation of Alexandria city. Alexandria remained the most important Egyptian city.  Memphis Egypt city remained the second city until the establishment of Fustat city in 641 C.E.

Best Attractions You Can See in Memphis Egypt 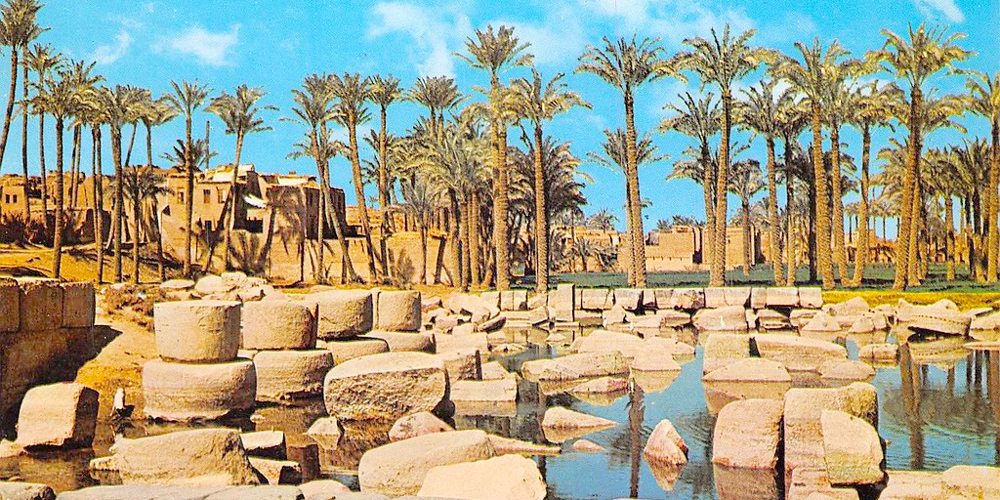 The Great Temple of Ptah 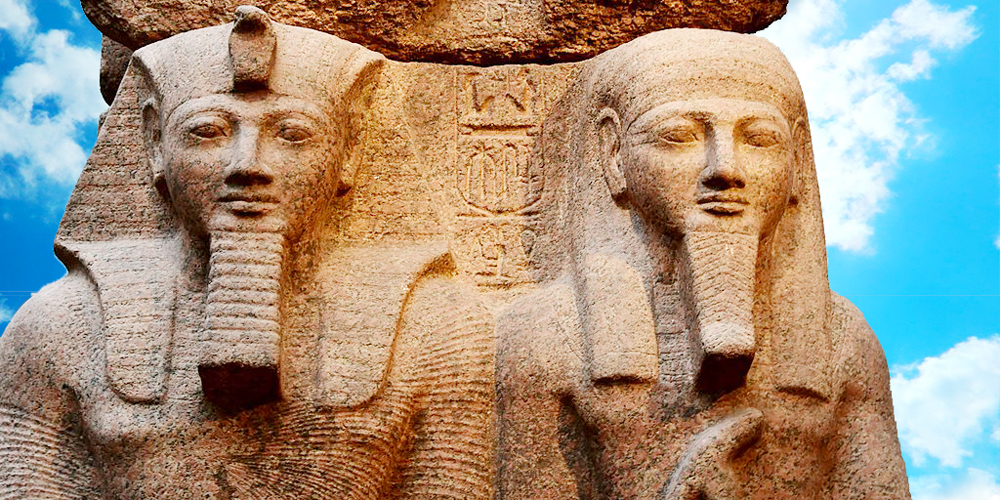 This magnificent temple was dedicated to Ramses II, along with the three-state gods: Amun, Ptah, and Horus. Its ruins were discovered in 1942. It reveals that the southern part of the city contained a large number of religious buildings with great devotion to god Ptah, the main god in Memphis Egypt city. 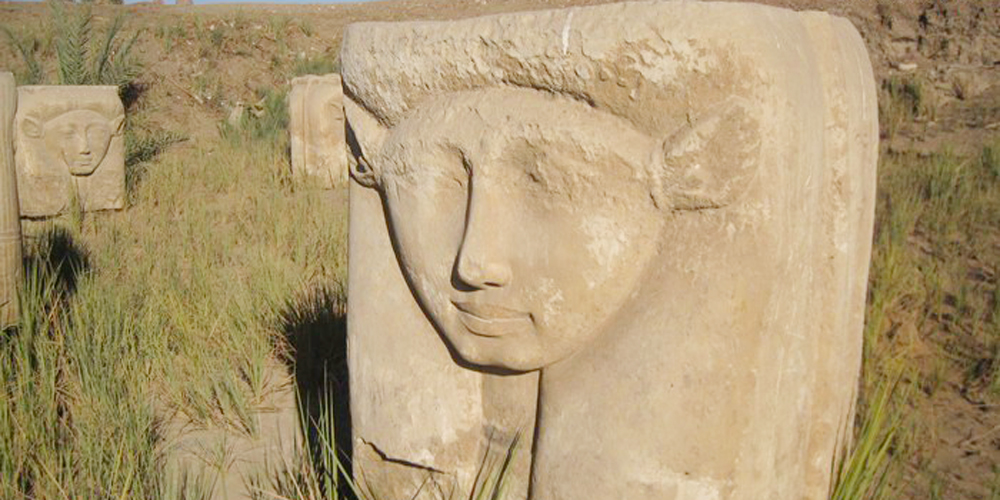 This small temple was dedicated to goddess Hathor. It represents a cultural similarity to the Karnak Temple. This shrine was primarily used for professional purposes during major religious festivals. 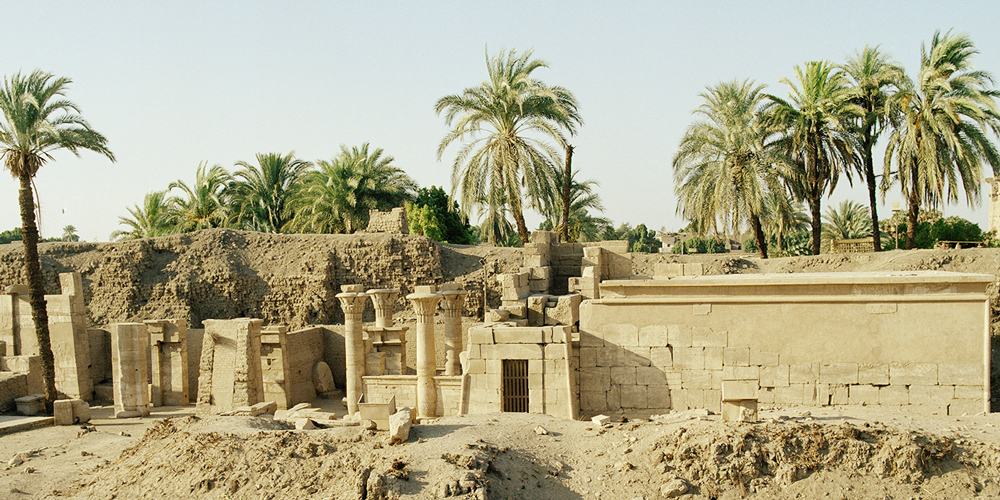 Temple of Ptah Built by the Pharaoh Merneptah

The pharaoh Merneptah was the one who dedicated this temple to the god Ptah. It was discovered in the 20th century by Flinders Petrie. It was buried by the activities of the city and was already in ruins.

Temple of Ptah and Sekhmet Built by Rameses II

It is attributed to the 19th dynasty and has been dedicated to Ptah and his consort Sekhmet. In it, there are two giant statues, dating from the middle kingdom. These two statues were moved to the museum in Memphis city. 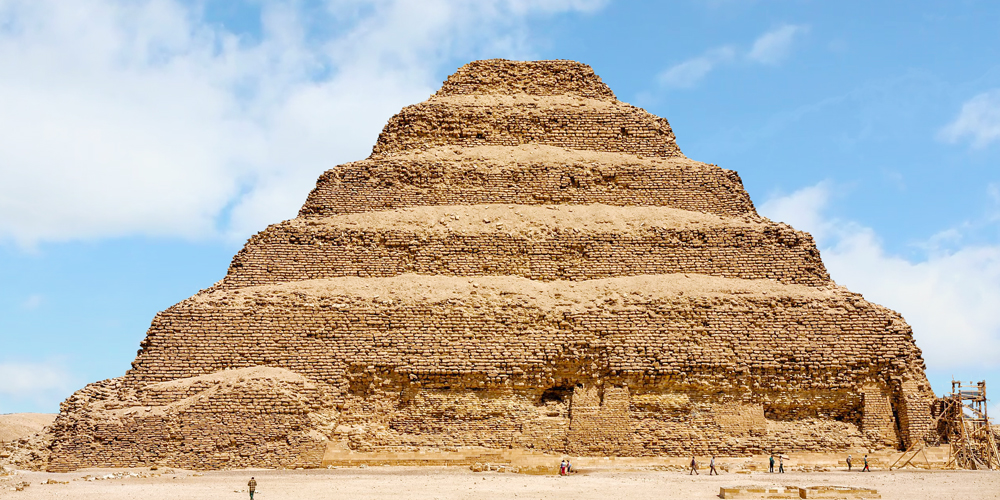 The Necropolis of Saqqara

It is located in the northwest of the city of Memphis Egypt. It has many tomb and cemeteries including Saqqara Step Pyramid, which was built during the third dynasty for the burial of Pharaoh Djoser by Imhotep. It is the first Egyptian Pyramid that consists of six Mastabas.

Step within Immortal Miracles with “Trips in Egypt”

Get the amazing chance through our Egypt travel packages where you will have unforgettable holiday to visit the enchanting monuments around Egypt include Memphis necropolis. Also through our Nile cruise holidays, you will explore the wonders of Upper Egypt such as temples, tombs of Luxor and Aswan. Don’t miss our chance and check our tours below to choose your favorite one: