The Role of Women in Ancient Egypt

Women in ancient Egypt had power in their societies more than any other comparable societies as they couldn’t just rule the country, but they could also have the same rights as men. One of the most important ancient Egyptian Queens is Queen Hatshepsut, who obtained the rank of pharaoh and ruled through the 18th dynasty. Although ancient Egyptian women played vital roles in Egyptian societies, the Egyptian societies were dominated by men but some women at the royal court gained their power through their relationships with the male kings. Through our article, you will know all the life aspects of the women in ancient Egypt: 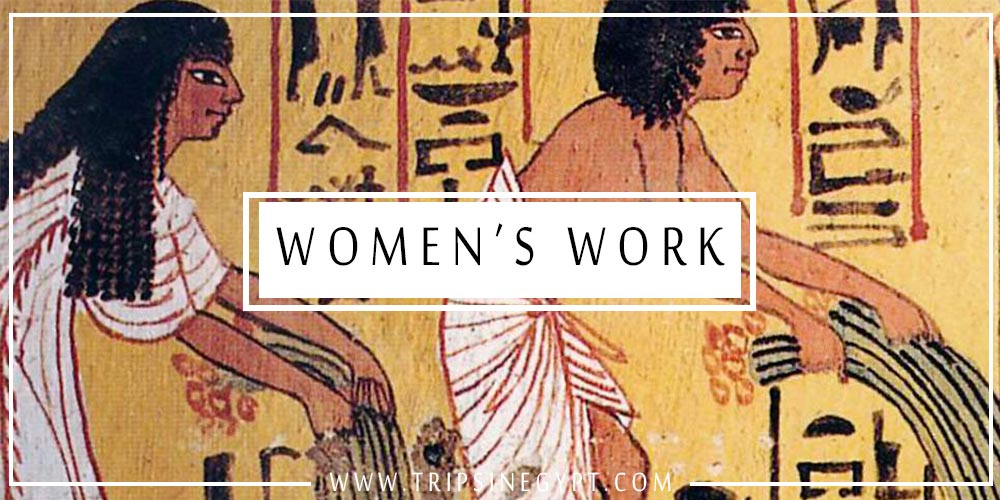 Women who belonged to any class could easily work as professional mourners or musicians, and of course, these were common jobs. Noblewomen could be members of the priesthood connected to some deities.

Pregnancy and Childbirth of the Women in Ancient Egypt 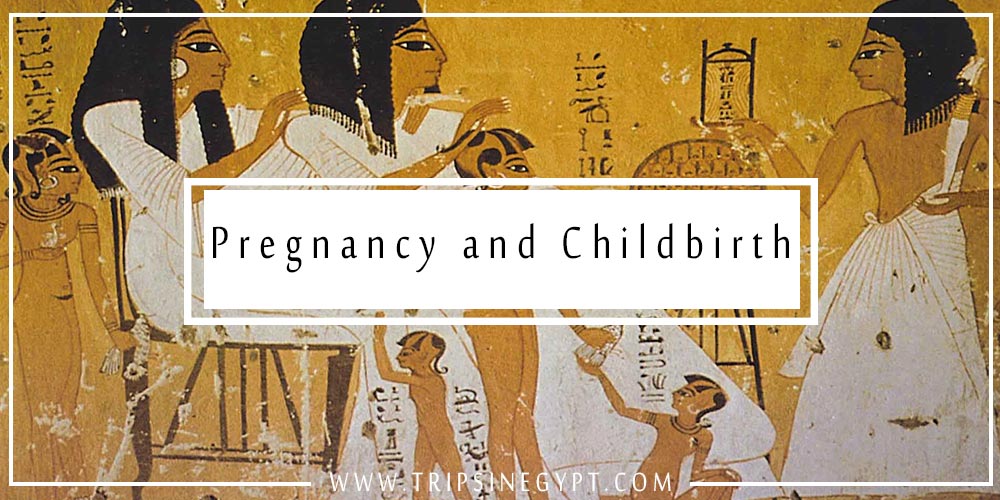 There were some complex beliefs regarding the importance of fertility and the significance of having heirs. It was a normal thing that if the wife wasn’t fertile, it was the husband’s right to divorce her and marry another woman to have children.

There were some fertility rituals for those who wanted to have children. They also used to prepare some remedies to help them to get children including a spermicidal made of fermented acacia gum, which was very effective at that time.

When the woman knew that she is pregnant, she was once placed under the protection of the goddess Tennent. Ancient Egyptians also had a special way to know the sex of their babies.

How The Ancient Egyptians Did Pregnancy Tests?

When the woman was about to have her child born, she was assisted by midwives. She was shaved, including her head. She was also supported by the midwives during labor while she remained in a squatting position on a mat.  There were four bricks placed on the corners of the mat, believed to be the incarnation of four goddesses: Nut, the great Sky-goddess; Tefnut, the feminine polarity of the first couple; Aset; and Nebet Hut.

The Women’s Power in Ancient Egypt 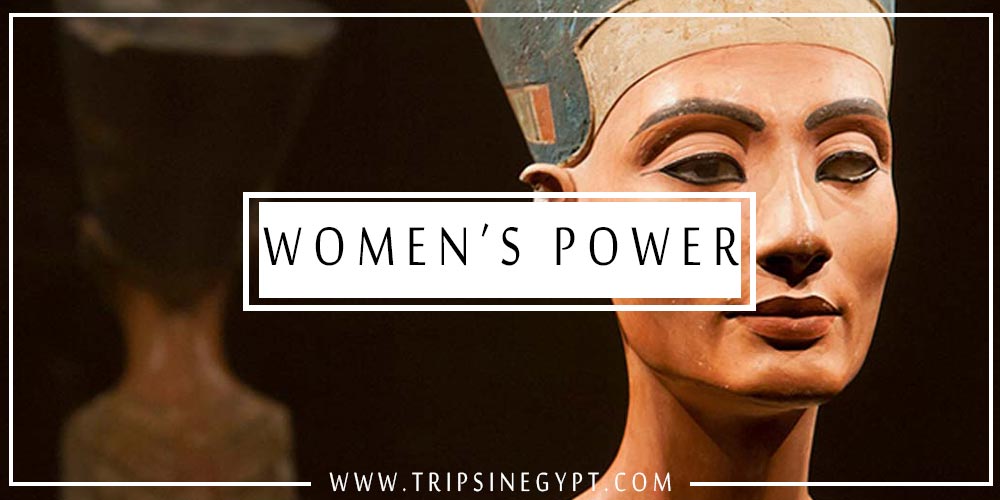 We don’t have a lot of ancient societies that gave women higher positions in their societies. The ancient Egyptian society gave women rights that were somehow equated to men and that are how they achieved truly important positions in the society. Nebet was the first woman to be a vizier, which was the second-highest state official after being a king.

In ancient civilizations, reign was transferred between the male heirs of the kings without allowed women to rule or have the right to be the one in charge but that was absolutely changed in ancient Egypt as women started to gain the right to rule after her husband if they didn’t sons to inherit their father just like Queen Nefertari, the wife of Akhenaten.

Ancient Egyptians preferred to be ruled by women with royal blood rather than being ruled by kings who don’t have royal blood. The most notable example of the great Egyptian queens who ruled Egypt is Queen Hatshepsut, who married Thutmose II to have control upon the country and after her, it was pretty common to have women ruling the country in a very successful was but Queen Hatshepsut ruled the country for the longest period for more than 20 years. Her daughter Neferure followed her and continued her mother’s normal duties. And of course, there is Queen Cleopatra VII, who is known for her breathtaking beauty and her famous love story with Marc Antony.

A-List of the Most Successful Women Who Rule Ancient Egypt:

During the Egypt New Kingdom, the great wife has invested the divine role of “Wife of God” and Queen Hatshepsut was the first Queen to obtain such a title. 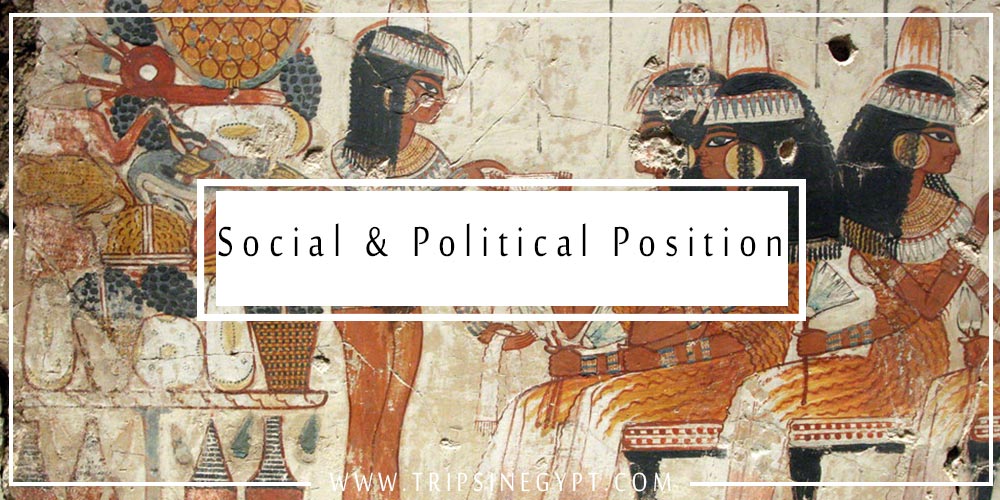 Women from the ancient time used to help their husbands in the social life and there are many depictions of women working in fields and harvesting with their husbands and they truly contributed to their societies in many untraditional ways. During the New Kingdom, women were depicted in all sizes, shapes, and ways just like men and this can be seen through the two massive stone statues of king Amenhotep III and his wife Tiya in the Egyptian Museum.

Because women weren’t required to do any official work in the state, they weren’t educated and they were only taught the homemaking skills and also how to manage a household. And they used to get married at a very early age about twelve or thirteen years old.

The Art of Women in Ancient Egyptian

We don’t have any depictions of women with wrinkles as the most women depictions mainly showed women in her most beautiful state. The ancient Egyptian art is really far away from being realistic as their main concern was their afterlife and they really cared for how they are going to look like in it.

There aren’t depictions for any pregnant women or even women after giving birth to their children but for men, they are depicted all through their life without worrying about how they look like at all as they were generally depicted in the best possible way.

Nefertari was one of the unique queens who was depicted in the same way like her husband and her children and this show how he really admired and appreciated her and that is not all as he decided to build her a special temple of her own in Abu Simbel & also her marvelous tomb in the Valley of the Queens, which is now considered one of the most beautiful preserved tombs ever built by a man.

It was the highest rank that could be given to the cult of Amun. Ahmose Nefertari, the wife of Ahmose, was the first queen to obtain such a title and then her daughter Meritamen took the title from her after her death, who also passed on the title to Queen Hatshepsut. 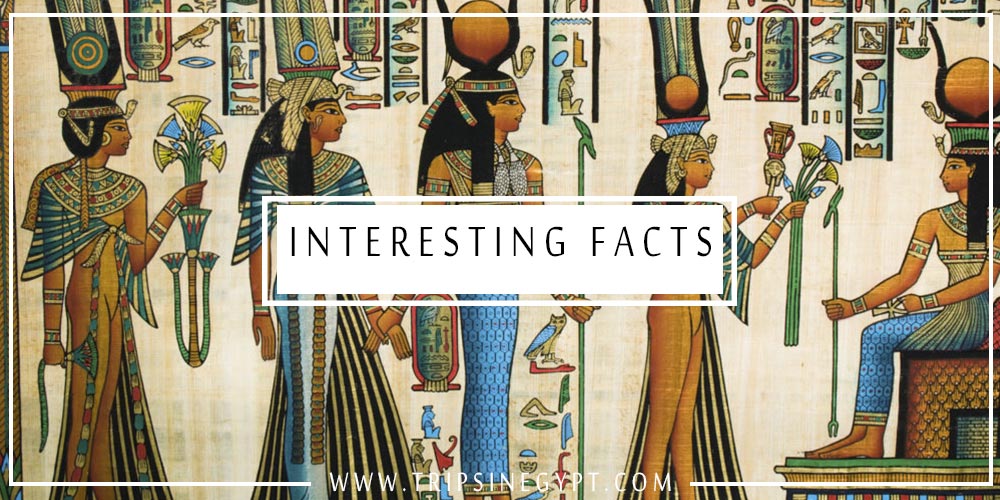 Best Tours to Discover the Secrets of Ancient Egypt

You have a great chance to enjoy the best form of a vacation by discovering the history of ancient Egypt. You will cast your eyes on the majestic natural and historical wonders through our Egypt vacation packages. Witness the landmarks of the charming cities of Luxor & Aswan where it would be perfect to explore them through book one of our Egypt Nile cruise packages. Don’t miss the chance and book one of this tour: