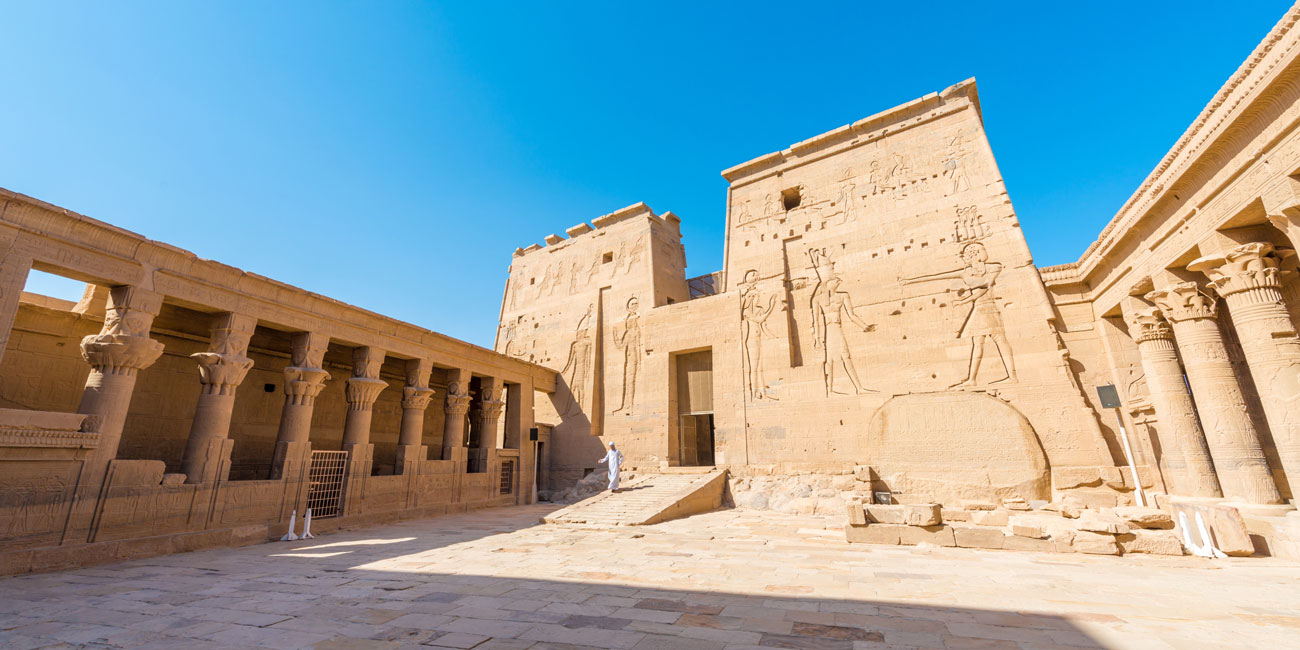 Adorable Places to Visit in Aswan 2023

Although the amazing city of Aswan has the least amount of sightseeing in compared to Luxor & Cairo, you can still witness some of the greatest and the most bewitching monuments & historical sightseeing on its land and here are the most impressive sights you should definitely visit while planning a tour to Aswan City. Here are the top 9 places to visit in Aswan:

1. The Twin Temple of Abu Simbel 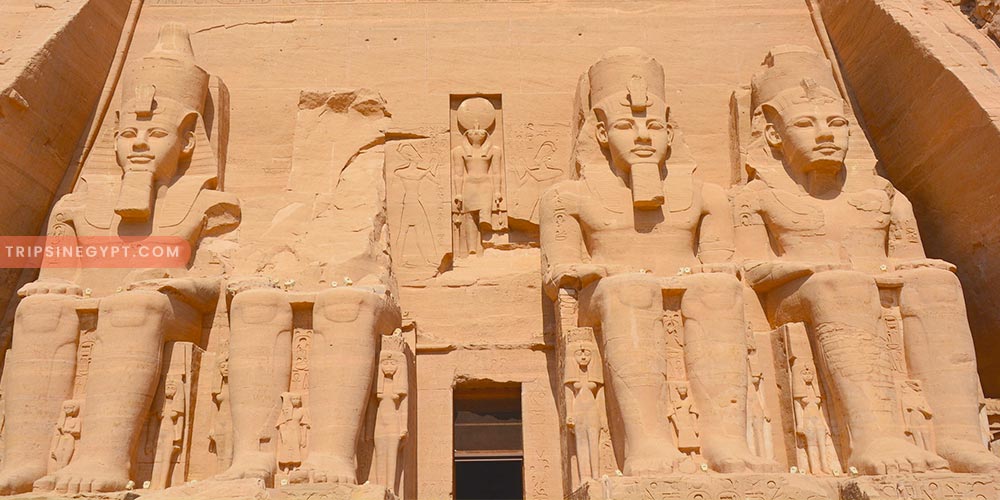 There are two majestic temples that are located about 280km from Aswan in Abu Simbel and there, you will be able to witness the greatest success & dedication story which was narrated thousands of years ago during the reign of the great King Ramses II. This is one of the most prestigious temples in Egypt that were mainly dedicated to pharaoh Ramses II & his beloved wife, Nefetari along with other ancient gods.

2. The Temple of Philae 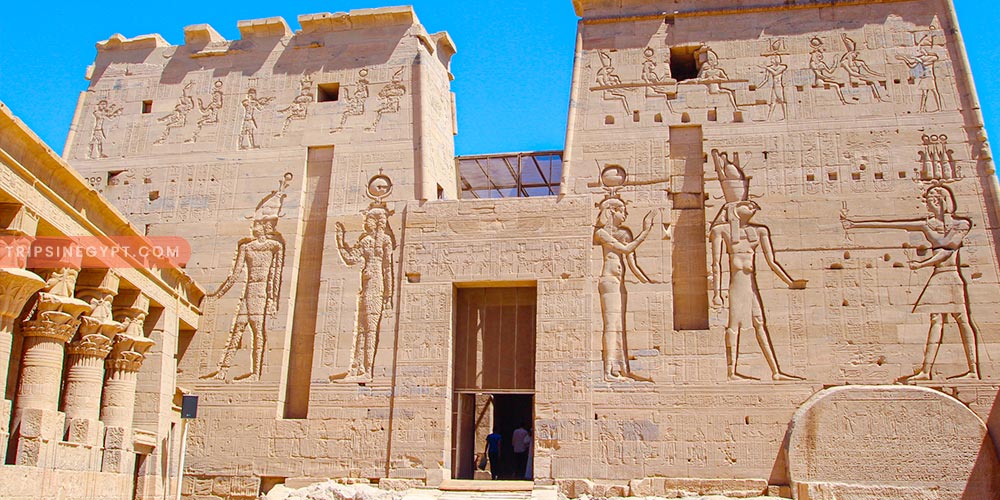 Philae temple is called the temple of love as it was dedicated to the goddess of love, Isis. It was constructed in the classical ancient Egyptian style. It was actually built in Philae Island but it was relocated to Agilkia Island as it has been in great danger of being destroyed as a result of the flood of the Nile so it was relocated along with other attractions with the assistance of UNESCO. 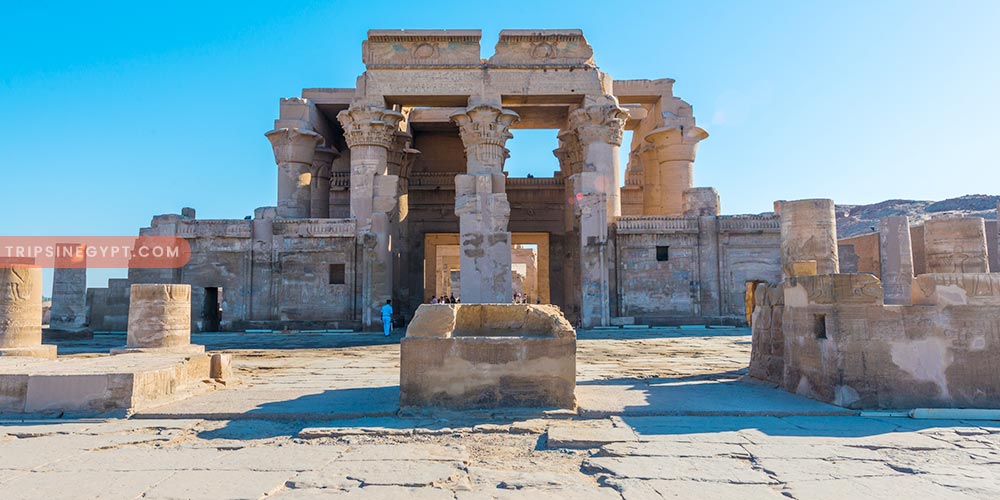 The temple of Kom Ombo is one of the most essential ancient temples that was constructed in the ancient era and it is actually evidence of the importance of the great Ancient Egyptian priests. There are two identical temples inside the complex dedicated to Sobek “The Crocodile God” and Horus “The Falcon-Headed God“. While being there, you will be able to see some mummified crocodiles, some amazing reliefs of the walls of the temples, and clay coffins. 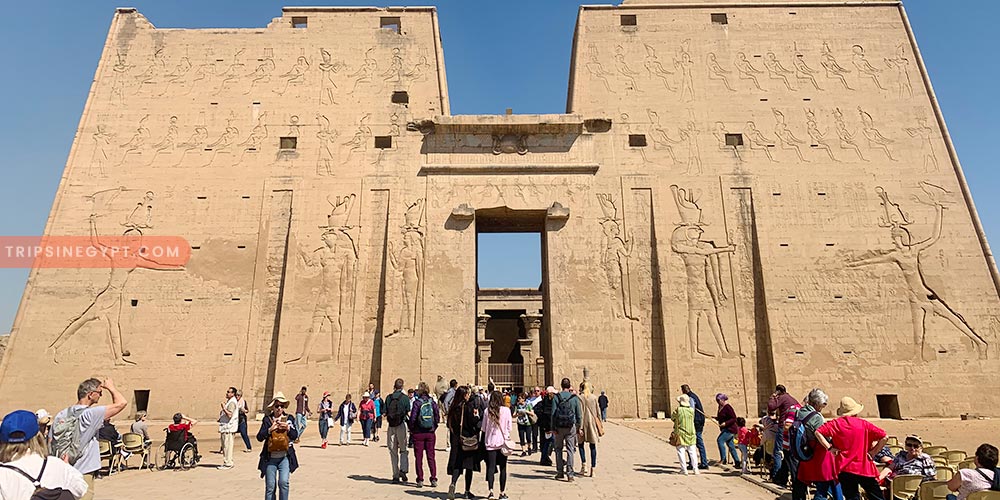 Edfu was the cemetery & the settlement of the falcon god, Horus and it is considered one of the best-preserved ancient Ptolemaic temples to be ever built in Egypt. The site was preserved by the desert sand and that is why it is in great shape now. It was dedicated to god Horus, the son of Isis & Osiris and that is why tourists love to check the most interesting inscriptions and reliefs on its walls.

5. The High Dam “The Aswan Reservoir” 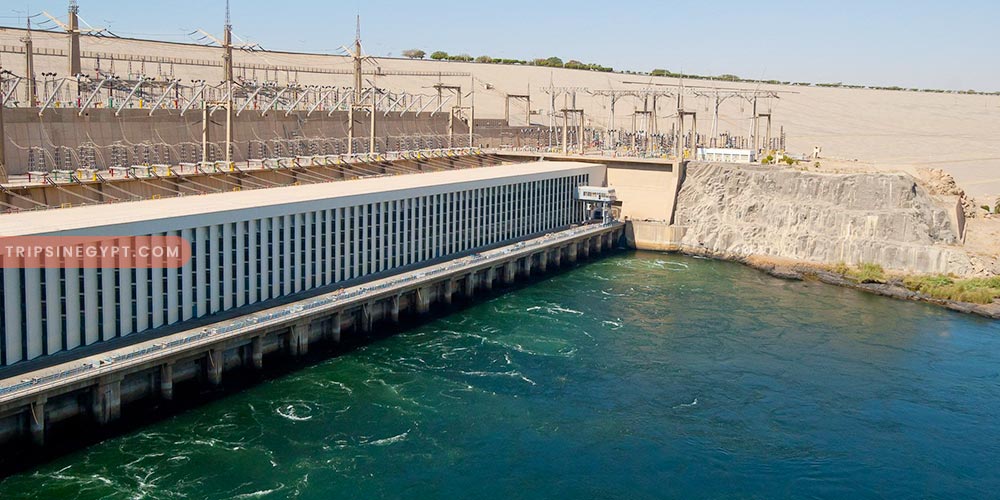 The fascinating High Dam in Aswan was completed in 1970 during the reign of the Egyptian president Gamal Abd el-Nasser with the financial assistance of UNESCO. Its great importance is depicted in the hydropower it generates which provides 2.1 gigawatts and that was about half of the needs in Egypt in 1970. The construction of Aswan High Dam gave numerous villages access to electricity for the first time in addition to eliminating the danger of floods downstream in the Nile Valley. 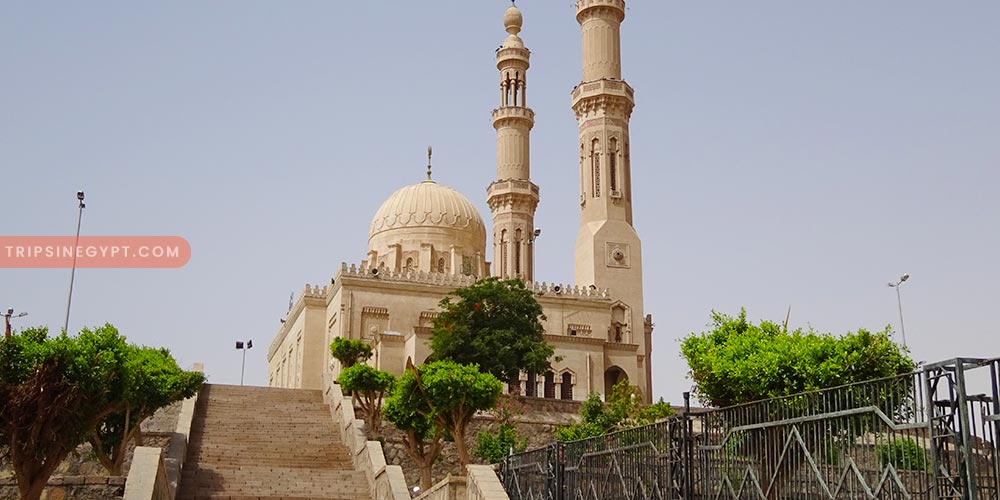 This amazing site has a distinct architectural style in Aswan and in fact, it is one of the largest & oldest mosques in the city. It is actually called “The Fortress” due to the fact that it was constructed at the top of a hill in the central part of the city where the great Muhammed Ali Pasha has built his fortress overlooking the Nile. You can see the huge minarets of the mosque while being in any part of the city and the mosque itself can accommodate thousands of worshipers. 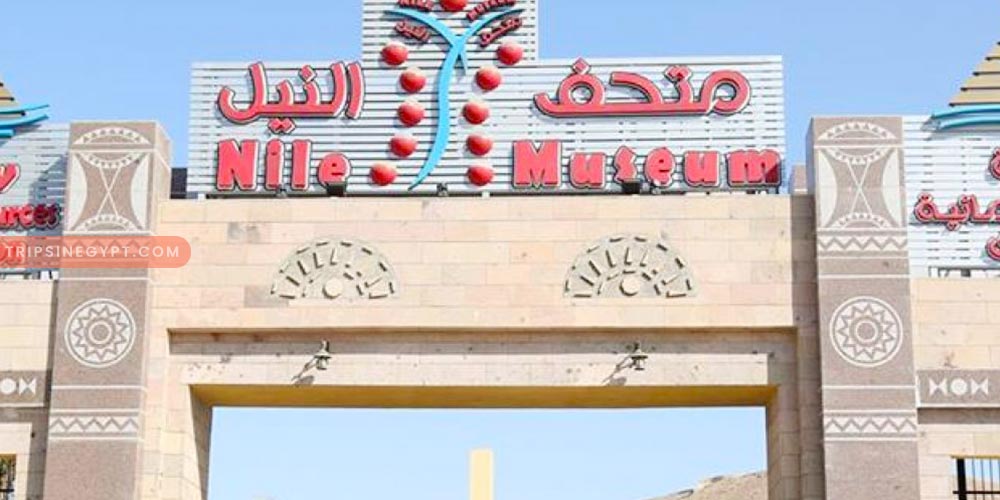 This is such a wonderful interesting site in Aswan which contains a three-story building that exhibits lots of antique items that narrate the whole history along the waterway and there are also inside the museum some pictures that explain everything regarding the river projects and how the irrigation techniques have developed through the past decades since the Ottoman Empire. 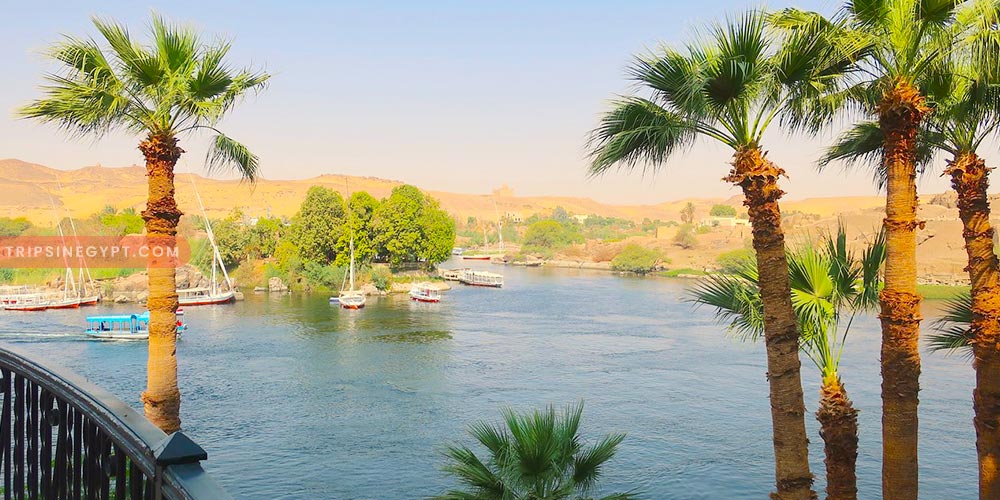 This is a very attractive tourist attraction in the city of Aswan that tourists come from all around the world to enjoy its authentic panorama on the page of the immortal Nile River. This real interesting site was established under the patronage of Queen Ferial who was the daughter of King Farouk. The design of the part is really unique and unrivaled making it an important tourist spot in Aswan. 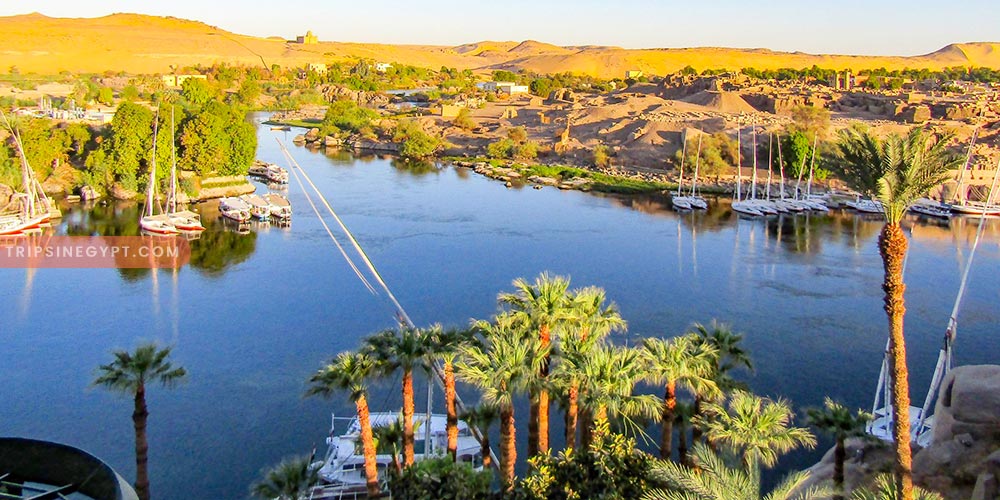 Aswan city is best known for its amazing attractive islands which provide their visitors with the most incredible experience ever and those islands are: “Elephantine Island, Kitchener’s Island, Agilkia Island, and Jazirat Al-Malik“. You can enjoy the best boat tour experience towards any of the mentioned islands and have a different unforgettable adventure while visiting each one of them.

If you are looking for the best day tours that you can do in Aswan, then we are providing various Aswan day tours to the best attractions in the Nubian city. Plus, you can explore charming sightseeing in Luxor & Cairo through a one or two days tour. Get the chance and book us now.