2 Day Trips to Cairo from Hurghada by Plane

When you book with an account, you will be able to track your payment status, track the confirmation and you can also rate the tour after you finished the tour.
Sign Up
549

Fancy 2 Days Trips to Cairo from Hurghada by Plane

Looking for an amazing adventure trip to do while being in Hurghada!, so our breathtaking 2-day trips to Cairo from Hurghada by plane what you are looking for. Visit the top attractions in Cairo and Giza such as the Pyramids, unbelievable Sphinx, the Egyptian Museum, Coptic and Islamic landmarks and more, accompanied by a private Egyptologist tour guide, then fly back to Hurghada.

Day 1Fly from Hurghada to Cairo - Visit the Pyramids

In the morning you will be transferred from your hotel in Hurghada to the Airport for a flight to Cairo, upon your arrival in Cairo, our tour guide will pick you up from Cairo Airport to start your 2-day trips to Cairo from Hurghada by plane at:

The Sphinx is a limestone mythical creature. It has the head of a man, which most Egyptologists believe that it represents king Khafre and the body of a lion. Take your best photos there, afterward move to visit:

The Valley Temple was a part of the funerary complex which includes a mortuary temple and a burial chamber.

Saqqara step pyramid is considered the first pyramid in the world, built by Imhotep, the main architect of the extensive funerary group in the Pyramid courtyard and its surrounding ceremonial structures. End your first day by heading to

Memphis City was one of the oldest cities in Egypt and the capital of ancient Egypt, Memphis is located south of the Nile River delta.

Finally, head with your guide to check in 5* hotel in Cairo for overnight.

Morning time after your breakfast, check out from the hotel, then join your private tour guide to continue your trips to Cairo from Hurghada by plane by visiting:

Egyptian Museum is one of the most important museums in the world. Behind its walls, you will find the history of Egypt for more than seven thousand years, where the kings of Egypt are laying beside 200 thousand pieces of art unparalleled in the world.

Now Its time for your Lunch, you will be transferred to a Nile view restaurant in Cairo to have your lunch. Afterward, proceed to enjoy a guided tour to:

The citadel of Salah el-Din s a medieval Islamic fortification to protect the castle from the Crusaders, During your tour to the citadel, you will visit Mohamed Ali Mosque ;A.K.A”Alabaster Mosque“, situated in the Citadel.

After that head to end your trips to Cairo from Hurghada by a tour to:

As soon as you set foot in Khan el-Khalili narrow streets which has distinctive features, and archaeological minarets, and many other things.

Note: If you didn’t find what you are looking for, then check our Hurghada excursions to choose your dream tour. 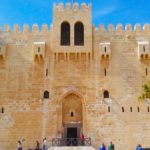 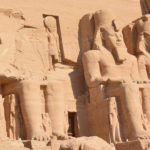 2 Days Trip to Aswan and Abu Simbel from Hurghada 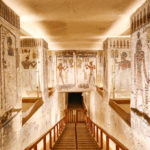 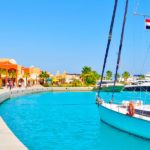