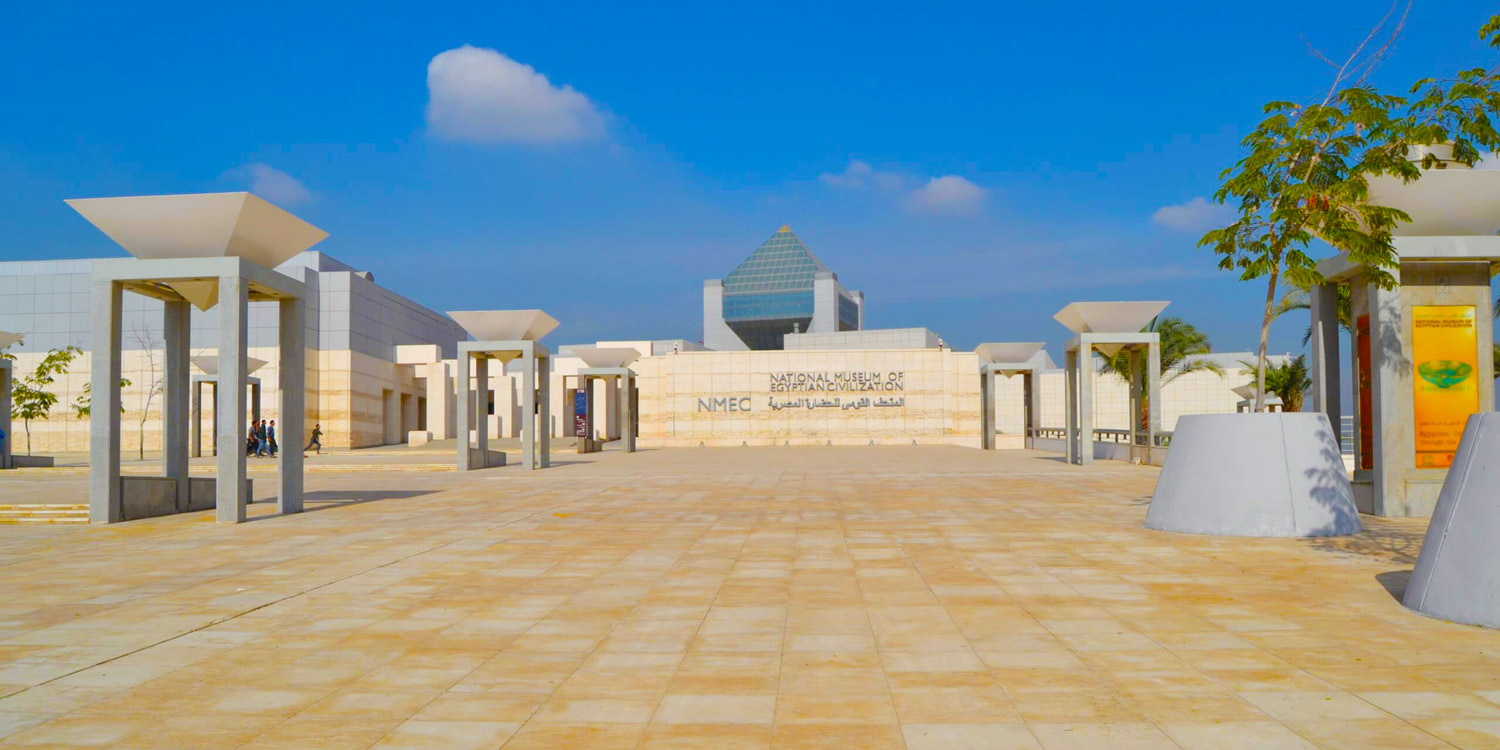 The National Museum of Egypt Civilization

The National Museum of Egyptian Civilization (NMEC) is a newly established wonder that is set to become the first museum in the Arab world and the Middle East to focus on the ancient Egyptian Civilization. The NMEC will shed some light on the legendary history and the culture of Egypt that dates back to more than 4500 years. With the help of the Egyptian authorities, The Egyptian Ministry of Tourism & Artifacts, and the UNESCO, the national museum of Egyptian civilization will offer a magical display into a diverse collection of artifacts across different time periods from Pre-historical to ancient Egyptian periods, to Greco-Roman, to Coptic, Islamic, finally leading and contemporary modern times. The Civilization Museum in Egypt was built on the principle of providing a delightful environment filled with the most relaxing, welcoming, and exciting atmosphere. This incredible construction holds the most advance and scientific methods of displaying, researching, and preserving these majestic monuments and artifacts so everyone can get a clear vision of the past, present, and future of this incredible civilization and gain a new perspective on how the ancient Egyptian comprehended art and culture and immortalize their heritage.

Where Is the National Museum of Egyptian Civilization?

The National Museum of Egyptian Civilization (NMEC) has a very unique location found in old Cairo in the ancient city of El Fustat which was the first capital of Egypt during the beginning of the Islamic age which overlooks Ain El Seera Lake.  The museum of Egyptian civilization is on an area of 33 acres “9600000 Square Meters” consists of three levels which were designed by an Egyptian architect El Ghazzali Kosseiba and the exhibition spaces are being designed by a Japanese architect Arata Isozaki to be a true house of culture & historical exploration plus entertainment.

Opening Times Of the National Museum of Egyptian Civilization

Entrance Fees For the National Museum of Egyptian Civilization 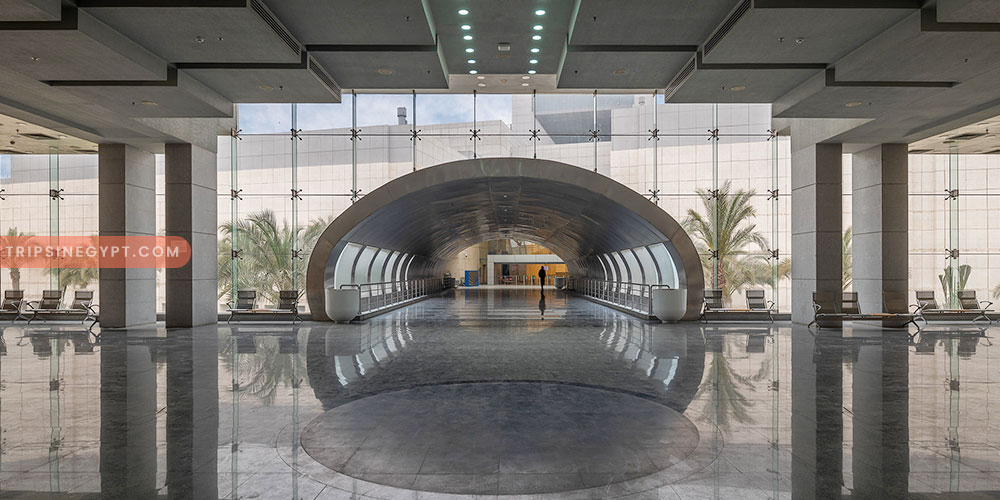 The History Of the Establishment Of NMEC 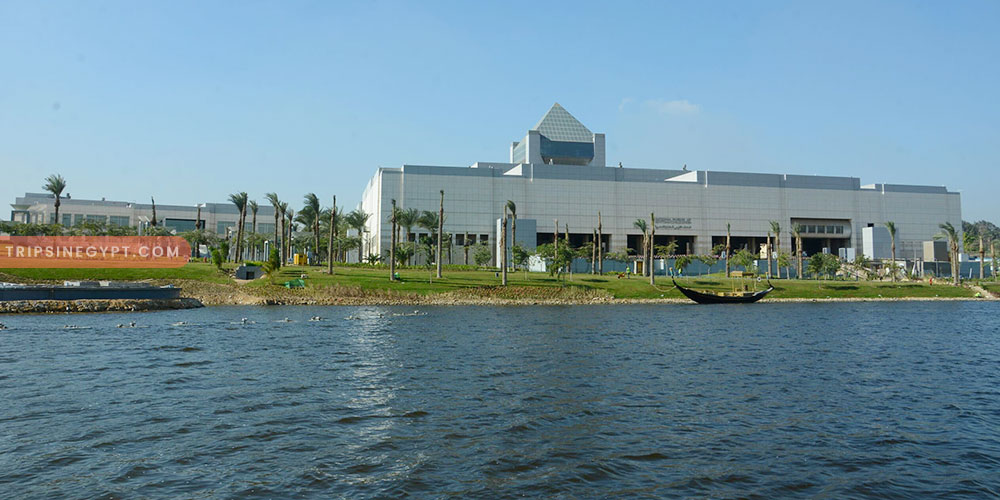 The National Museum of Egyptian Civilization (NMEC) was first drafted in 1982 when the Egyptian government with the help of the UNESCO launched an international architectural competition to find a design for the Nubian museum in Aswan and the National Museum in Cairo and in 1999 the ancient city of El Fustat was chosen to be the home of the NMEC.

The Museum was designed to be a complete museological institution filled with the most advanced aesthetically and technological methods which will shed some light on the immortal culture and history of ancient Egypt. On the 3rd of April 2021 at sunset, a historical day came to be where The Pharaoh’s golden parade went to action where 22 Mummies were transported across 5 km (3 mi) from Cairo’s Tahrir square to the National Museum of Civilization under massive festivals.

Art Exhibits of the National Museum of Egyptian Civilization 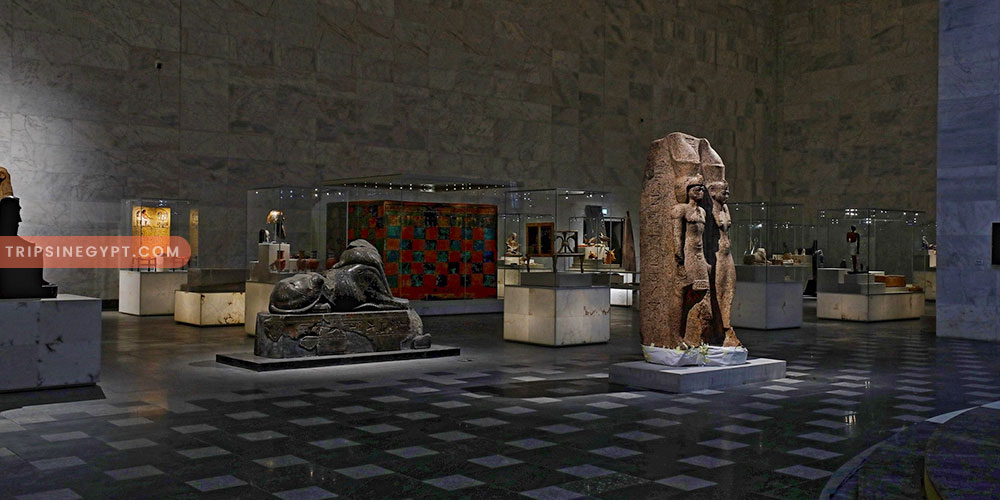 The National Museum of Egyptian Civilization (NMEC) will display a number of magical artifacts that showcase the full culture and history of Egypt across chronological areas such as Pharaonic, Archaic, Greco-Roman, Medieval, Coptic, Islamic, and modern & contemporary monuments. The National Museum of Egyptian Civilization will hold six thematic galleries that will display the state and society, writing, the Nile, the dawn of Civilization, beliefs & thinking material culture, and more importunately the Royal Mummiesgallery.

The national museum of Egyptian civilization will showcase some enchanting 400 Egyptian crafts from the rich Egyptian Culture like wood, textile, pottery, and ornaments from different time periods at the 1000 square meters exhibition hall. The NMEC offers a rare look into an archaeological dye-house that dates back to the first century of the Fatimid period (969 – 1171 AD). The National Museum of Egyptian Civilization (NMEC) holds an educational & research center, exhibition spaces, auditorium, and an entire exhibition on the development of modern Cairo. The NMEC will offer a variety of events that will include lecture conferences, film screenings, and cultural activities.

The Artifacts & Mummies That Display in NMEC 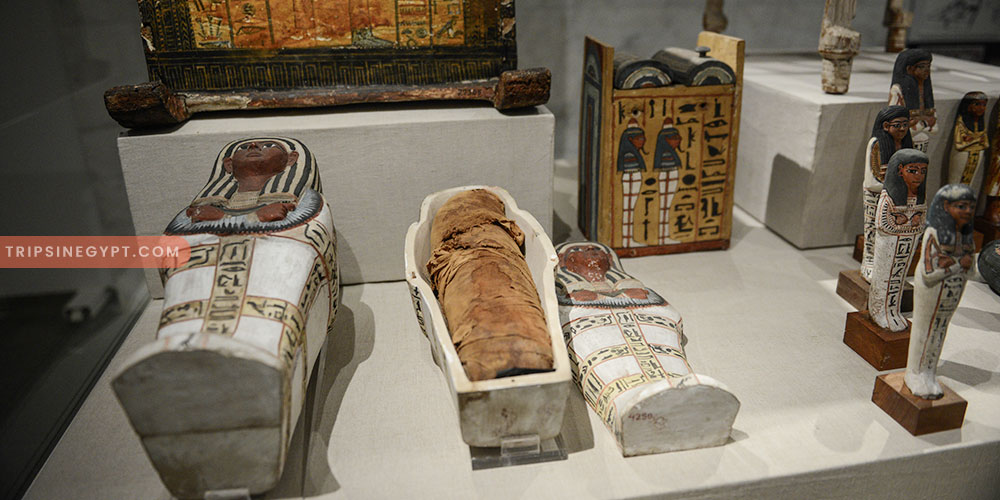 The National Museum of Egyptian Civilization (NMEC) will include up to 50,000 artifacts that showcase how the ancient Egyptian civilization came to be and shed some light on the long heritage of Egypt. Some of the artifacts that will be showcased include the birth plate from the New Kingdom era (1570 – 1050 BC), statues of King Amenemhat III in the shape of the Sphinx, the breastfeeding statue, a Greco-Roman era statue of the deity Nilus, and Thutmose III sitting, a red granite statue of the ancient Egyptian scholar, about fifty niches from the Islamic age, and a lot of small statues & amulets made of blue vines and many more.

The National Museum of Egyptian Civilization (NMEC) crown jewel is the royal mummy room which holds 22 royal mummies out of which are 17 royal coffins that dated back to the 17th, 18th, 19th, and 20th Dynasties. 18 of the mummies are for male kings, while the other 4 mummies are female Queens. These mummies include some famous names such King Ramses II, King Seqenenre Tao, King Seti I, King Tuthmosis III, plus the great Queen Hatshepsut, and the wife of King Ahmose I, Queen Ahmose Nefertari, and Queen Meritamen, the wife of King Amenhotep I.

The Facilities of the National Museum of Egyptian Civilization 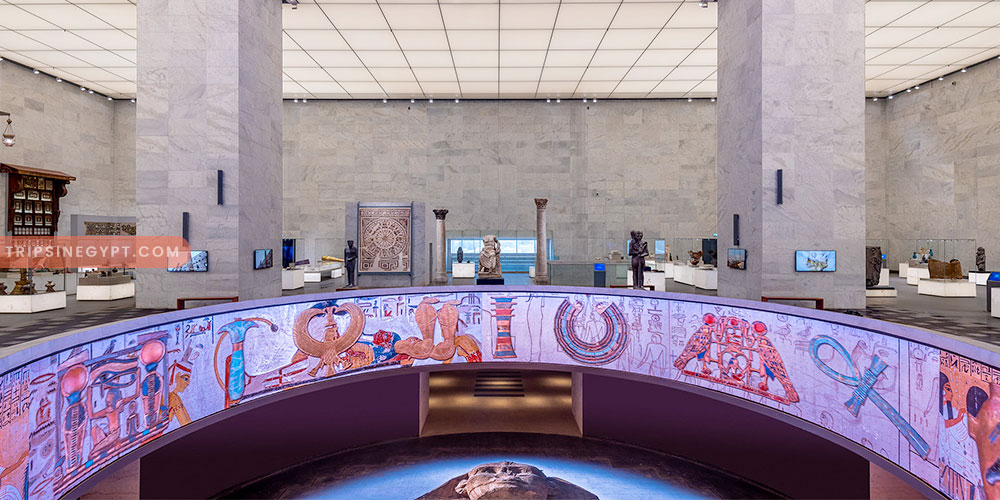 The National Museum of Egyptian Civilization (NMEC) is a very well constructed and prepared training center which is the first of its time to provide every participant with the best training courses at hands of trained specialists in the fields of preventive maintenance, archaeological restoration, heritage preservation, museum sciences, human strains, and excavations with the help of the UNESCO. It is able to implement a unique antiquities reception Area that controls the entry of artifacts and monuments inside the museum in addition to the packaging & unwrapping operations.

The NMEC is also the home to a number of 14 archaeological stores and a number of workshops, maintenance laboratories, restoration factories, and Printing & Publishing Centers. The museum has a massive theatre, cafeterias, restaurants, gift shops, and more. In the center of the museum are all the needed intellectual & educational resources through the most recent publications and periodicals on archaeological discoveries, archaeological exhibitions, seminars, the latest printings of scientific journals and books, and conferences in or outside Egypt.

In the heart of Cairo is a dream come true for travelers from all over the world who will travel back in time and explore the heritage of Egypt in the most magical history and culture of Ancient Egypt through the magical doors of the National Museum of Egyptian Civilization (NMEC). Now you can amazing various Egypt tour packages that include a visit to the NMEC, don’t miss the chance and book us now.