When you book with an account, you will be able to track your payment status, track the confirmation and you can also rate the tour after you finished the tour.
Sign Up
379

The beautiful fabrics between the sands and the sea couldn’t be more entangled when it came to Cairo and Alexandria. In these beautiful immortal cities lays the greatest examples of human innovation, architecture and natural beauty. In your 6 days Cairo and Alexandria itinerary, you will explore the entire marvelous constructions that date thousands of years ago packed with different styles of decoration and whole new history. Live the vacation of your dreams and explore the lands between the heavens.

Your 6 days Cairo and Alexandria itinerary will begin when you arrive at Cairo airport as you will meet our employee who will help you in finishing your passport control formalities and luggage identification & carry. Then, you will be driven by a private air-conditioned car to your hotel for checking-in.

At Night, you will enjoy a dinner cruise on the soulful Nile as and enjoy a colorful belly dancing show with a folklore band featuring the enchanting Tannoura spin in keeping with Egypt whirling dervishes tradition, finally, you will return back to your hotel for the overnight.

In day two of your Cairo and Alexandria vacation, you will have your delicious breakfast at your hotel in Cairo, and then join your private tour guide to explore the great monument in ancient Egyptian civilization which is:

Giza pyramids complex is the vault of the immortals that dates to more than 4000 years and include the three main pyramids, six little pyramids, the sole Guardian the great sphinx and the valley temple.

Kufu pyramid is the finest example of the eminence, it is one of the oldest and largest constructions in the world built in 2580 BC in 20 years using 2,300,000 blocks of limestone which makes it older than 4500 years old.

The Sphinx is the oldest colossal statue in existence that served as a source for inspiration to countless travelers and artists throughout history.

The valley temple is where the secret of immortality is hidden, it is where the extraordinary mummification process took place since the old kingdom “2686-2181BC”

Saqqara step pyramid is what started the golden age of pyramids constructions of ancient Egypt. It was constructed by the genius Imhotep the vizier of Pharaoh Djoser.

Memphis city was founded by king Menes to be the official capital of Egypt and the home of the god Ptah the patron of creation and artwork.

At the end of the day, you will return to your hotel in Cairo for the overnight.

Day 3Tour to Alexandria City - Return Back to Cairo

In your third day, you have your breakfast at your hotel in Cairo, then you will head to the pearl of the Mediterranean city of Alexandria by a private A/C car to continue your 6 days Cairo and Alexandria itinerary where you will explore:

The Citadel of Qaitbey

Qaitbay citadel is a magical relic from the past preserving the spirit of an ancient wonder. it was constructed in 1477 by sultan Al-Ashraf Sayf Al-Din Qaitbay on the same site which held the legendry lighthouse of Alexandria one of seven wonders of the ancient world.

The Catacombs of Kom El Shoqafa

Catacombs of Alexandria is an ancient horror house buried in the ground which symbolizes the influence of the ancient Egyptian culture on the Greco-Roman Period.

Pompey’s Pillar is famous for being the largest monoliths column ever built outside of Rome which was named Pompey’s pillar as in the Middle Ages the Crusaders believed that the remains of the great Roman general Pompey is located at the very high top of the pillar.

Alexandria Library is one of the largest and most advanced libraries in the world that acts as a commemoration of the ancient Alexandria library.

After ending your tour to Alexandria, you will return back to your hotel in Cairo for the overnight.

In the fourth day, you will continue your 6 days Cairo and Alexandria vacation by having your breakfast at your hotel, and heading to the heart of The City of Minarets Cairo with your tour guide and witness all the magic unfold:

The Egyptian Museum is one of biggest museums in the world and contains a number of great artifacts and monuments dating to more than 4000 years from all the various time periods.

After visiting the Egyptian museum, head with your tour guide at a restaurant in Cairo to enjoy a good lunch, then continue your tour to old Cairo starting with:

The hanging church dates to the 5th century AD where it was constructed on the southern wall of a Roman fortress called Babylon where the holy family hid. The church served as the resident for the Coptic patriarch for a long time.

Amr Ibn Al-Aas Mosque was the first mosque to be built in Africa in 641 AD which inspired the creation of all the mosques in Cairo.

Ben Ezra Synagogue is not like any other monument located in Egypt. It dates back to the 19th century which was used to church before being transformed into a synagogue in 882 AD.

The National Museum of Egyptian Civilization (NMEC) is the home of the divine essence of the ancient Egyptian civilization that was shaped across 4500 years by different cultures which are Pharaonic, Archaic, Greco-Roman, Medieval, Coptic, Islamic, and the current modern & contemporary one.

Khan El Khalili has countless magical cafes and shops that date back to generations containing phenomenal Islamic architecture and decorations of the street that remains in a very intact condition.

At the end of the day, you will then return to the hotel for the overnight

In day five, you will continue your 6 days trip to Cairo and Alexandria by exploring all the majestic Islamic attractions the city of Cairo starting with:

Salah El-Din citadel is a heavenly guardian angel dating back to more than 800 years. It was construction in 1182 AD by the great Ruler the victorious Salah El-Din where it served as the center of rule and as a powerful fortress against foreign invaders like the crusaders & napoleon’s French troops.

Mohamed Ali mosque is named the alabaster mosque because of its unique design and the extensive usage of marble which was built between 1830 and 1848 AD to be a replica of the blue mosque in Istanbul.

After that, enjoy your delicious lunch with your tour guide in a restaurant located in Cairo, then continue your tours in Cairo starting with:

Mosque of Sultan Hassan is a primal example of the early Islamic Mamluk architecture between 1356 A.D and 1363 A.D. The Mosque is 150m in length and covering 7,906 sq m inland and its walls reach the height of 36 m.

Mosque of AI Rifai is a vision of beauty located in Midan al-Qala’a in Cairo next to the Cairo Citadel and opposite the Mosque of Sultan Hassan. The mosque was constructed on a 6,500 sq m and began construction in 1868 and completed in 1912.

Ibn Tulun Mosque reflects the beautiful true essence of Islamic architecture in the most breathtaking manner. The mosque was constructed on a 26,318 sq m, which makes it the third-largest mosque in the world from 868 to 883 A.D.

At the end of the day, you will then return to your hotel in Cairo for the overnight.

In your final day, you will enjoy your last breakfast in your hotel then head to Cairo airport so you can return home safely packed with the finest memories thus ending your 6 days Cairo & Alexandria vacation.

Note: If you didn’t find what you are looking for, then check our Nile cruises, or Egypt tour packages to choose your dream tour. 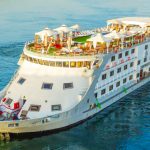 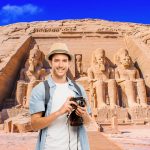 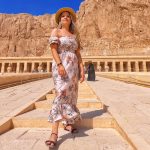 amazing tour with trips in Egypt. Ismail is a great tour guide and knowledgeable. Thanks very much