Visiting Egypt is a dream for many travelers who seek adventures and knowledge and through our 9 days luxury Cairo with the red sea holiday, you will visit lots of beautiful coastal sites ideal for scuba diving as well as amazing monumental places with exotic artifacts and vary from Pharaonic, Coptic, Islamic to modern eras. Below, you will know more the entire details about this tour and which places you will visit in Egypt. 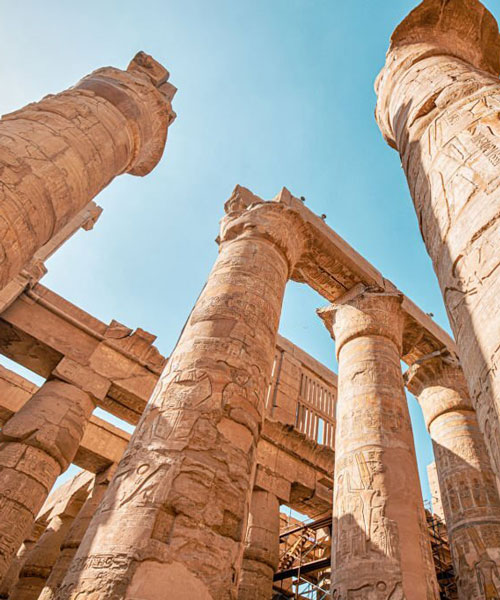 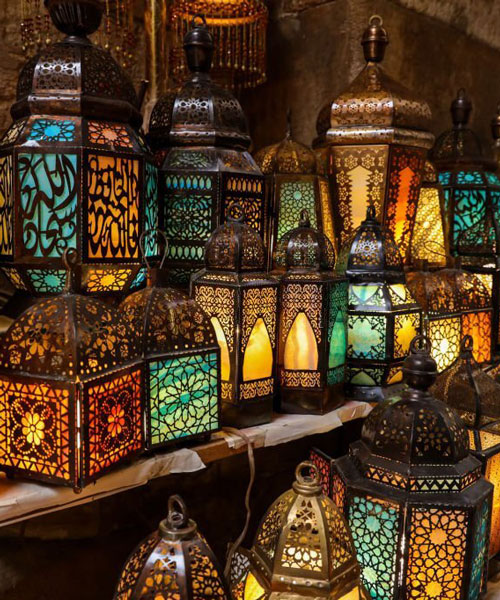 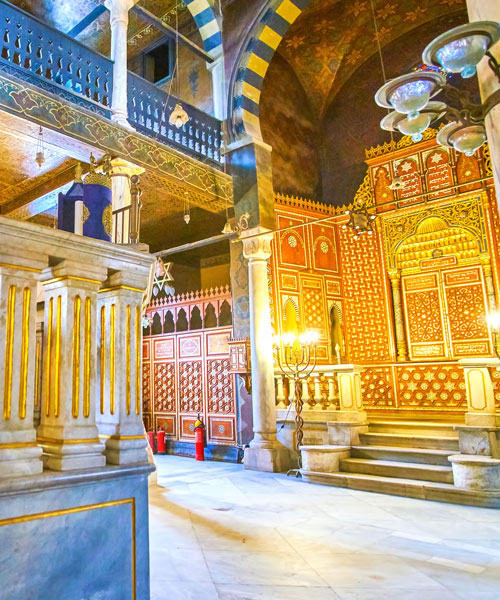 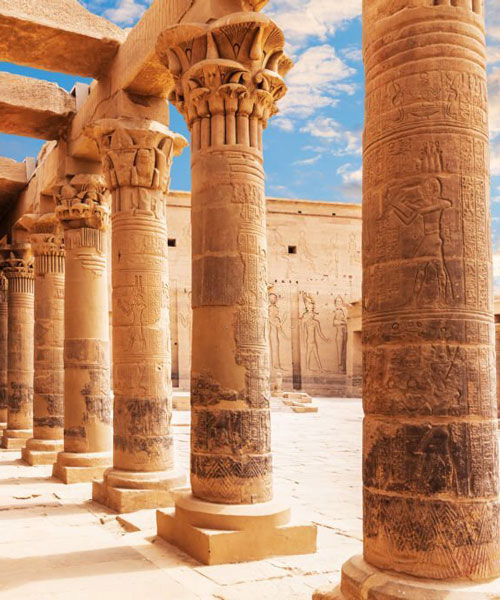 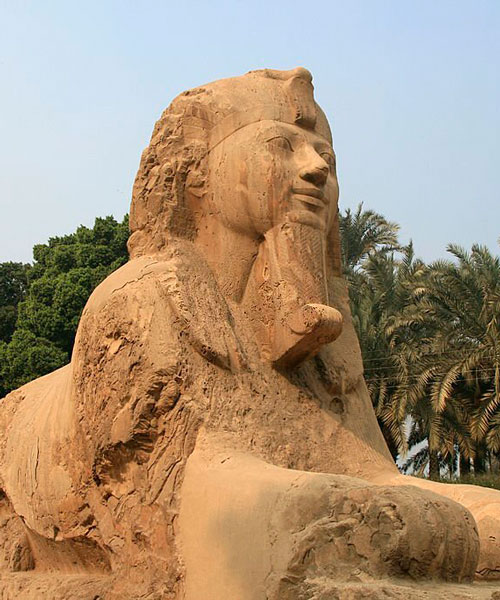 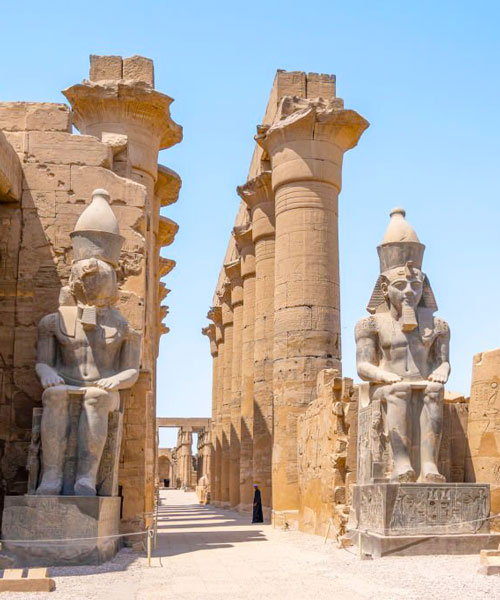 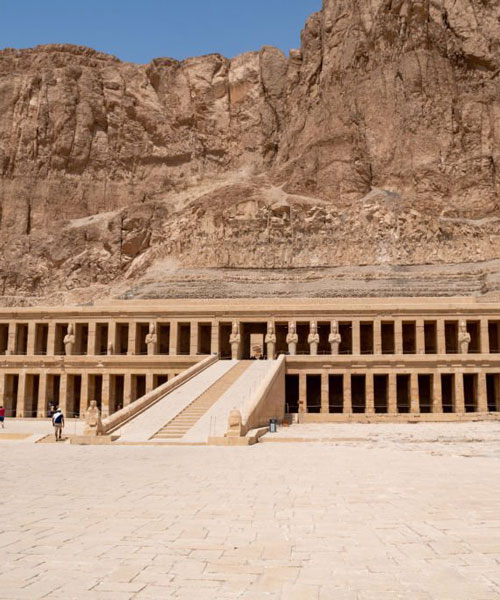 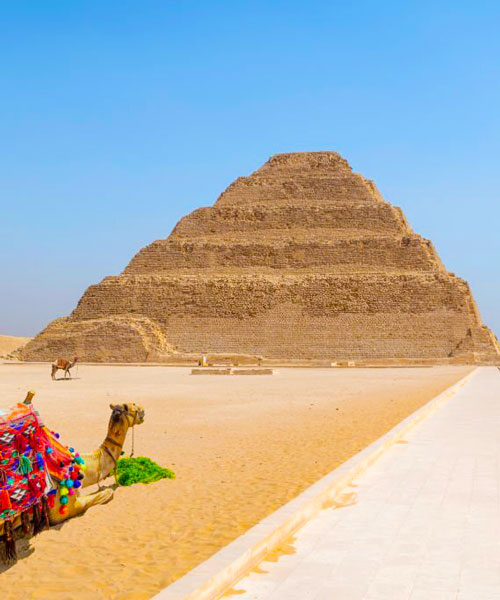 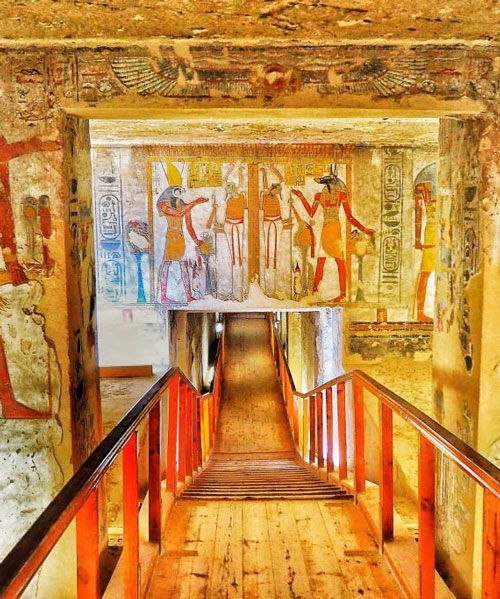 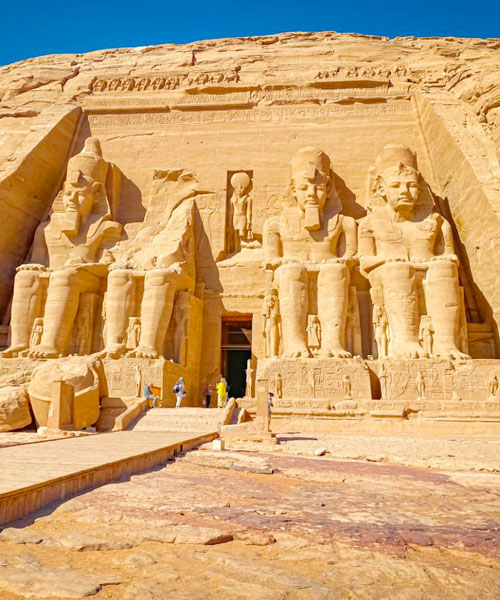 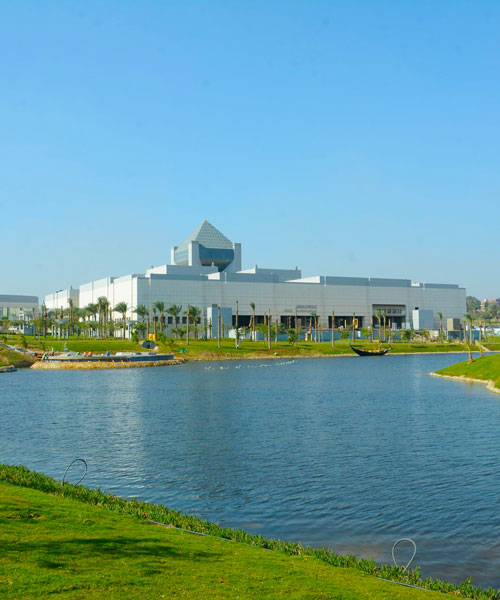 One of our company representatives will be waiting for you at Cairo international airport as he will assist you in finishing your formal papers at the airport. Next, he will transfer you by a private car to a five stars hotel in Cairo where you will check-in.

You will enjoy dinner meals in the evening on a luxury Nile cruise board and you will have an entertaining time with an amazing belly dance show. Overnight will be at your hotel.

On your first morning in Egypt, you will enjoy a glorious breakfast at the hotel. Next, you are going to visit the famous monumental places in Cairo. First, you will enjoy the magnificent Giza Pyramids complex where you will see:

Khufu Pyramid was built at 2580 BC for the great Pharaoh Khufu. It was constructed using more than 2 million limestone blocks and took more than 100,000 skilled workers and about 20 years to make this marvelous masterpiece.

The mighty sphinx sitting next to the Pyramids with a height of 73 m "241ft" and a width of 19 m "66ft". It is a huge lion statue with a human head (believed to be for King Khafre).

From limestone and decorated with the magnificent Aswani granite, the Valley temple was built for the royal burial and mummification process. It's one of the well-preserved temples in Egypt.

After that, you will enjoy a tasty lunch meal before visiting:

The construction of the step pyramid of Saqqara dates back to the 27th century BC, by the architect Amhtoub, who is the first architect in history. It is one of the famous monuments of the Saqqara necropolis west of the ancient city of Memphis in Egypt.

The ancient Egyptian city of Memphis was the capital of Egypt in the era of the Old Kingdom, and the city has remained important throughout history. Memphis thrived as a regional center for trade, religion.

At the end of your historical tour, you will return to the hotel in Cairo overnight.

On the morning of day three, you will enjoy breakfast at the hotel and you will check out. Then our representative will take you to the airport where you will fly south to Aswan. At the ancient city of Aswan you will enjoy a historical trip starting with:

The High Dam of Aswan is one of the most important Egyptian modern achievements. The Dam project was co-operation between Egypt and the USSR.

Queen Hatshepsut ordered to build a unique giant obelisk "The Unfinished Obelisk" for making it the largest obelisk ever made but unfortunately, a crack was discovered in the obelisk's rock during construction process forcing them to abandoned the project.

Enjoy your lunch at a luxury restaurant in Aswan before continue your Aswan tour by visiting:

Dedicated to Isis, Philae temple is considered the last sacred place where the goddess worshipped and continued at least 100 years. It was the last classical Egyptian style temple.

At the end of day three, we will take you to a 5 stars luxury hotel in Aswan where you will check-in and stray for overnight.

Private Tour to the Great Temples of Abu Simbel

On the fourth day, you will have a breakfast box from your hotel early morning before checking out. After that we will transfer you to Abu Simbel village with a private vehicle where you will enjoy:

Standing at the village of Abu Simbel southwest of Aswan just north to the Sudanese borders, Abu Simbel temple was built by King Ramses order. The temple was called "The Temple of Ramses Beloved by Amun" and consists of two temples next to each other.

The other temple was built for his lovely wife queen Nefertari. The temples are decorated with beautiful writings carved on the walls and the great columns in the traces with giant statues guarding the entrance of each temple.

Next, you will be accompanied back to Aswan for having a delicious lunch meal. Then you will go to the train station to catch your first-class train to Luxor city. You will check in a 5 stars hotel at Luxor for overnight.

Visit the Wonders of Luxor - Transfer to Hurghada

On day four, in the morning, breakfast meal will be served and you will check out from the hotel in Luxor, then you will visit the marvelous attractions the ancient city of Luxor:

The Valley of the Kings at Egypt's New Kingdom became the royal burial place for pharaohs and kings like Seti I, Tutankhamun and Ramses II alongside 60 more tombs filled with their belongings, treasures, and artifacts.

Dedicated to the ancient god Amun, Hatshepsut temple was constructed in 1479 BC during the reign of Queen Hatshepsut which is the only female pharaoh in ancient Egypt. The temple is known as El Deir El Bahari and the construction took 15 years to be finished.

After that, you will enjoy a tasty lunch meal at a local restaurant at Luxor city before continuing your tour to:

Consists of two great statues for pharaoh Amenhotep III, the Colossi of Memnon are 18 M "60ft" in height and more than 700 tons weigh made from quartzite sandstone.

Karnak temple was constructed more than 4000 years ago and was called a lot of names like Ipet-isu (The Most Selected of Places) and Pr-Imn (House of Amun). The place held the record of the largest religious buildings in the world for about one century.

At the end of day five, we will transfer you to the coastal city of Hurghada where you will check in a 5 stars hotel for overnight.

On the sixth day in the morning, you will enjoy your breakfast then you will get ready for a marvelous snorkeling experience where you will swim next to friendly dolphins and cute turtles as well as enjoying colorful coral reefs.

Later you will go back to your hotel for relaxing and overnight.

Your second day at Hurghada will be unique as you will have your breakfast in the morning then you are going to have an unforgettable Safari trip. Your Safari will be on a quad bike or a 4*4 vehicle as you will be amazed by the beauty of the endless desert and the golden soft sands. Also, you will have a Bedouin night and dinner meal.

Later we will get you back to the hotel for overnight.

In the morning you will have your tasty breakfast meal at your hotel in Hurghada then you will be transferred to the city's airport to fly to Cairo. At the capital you will check-in at a five stars hotel then you will enjoy the old Cairo tour starting with:

The Egyptian Museum lies at the heart of Cairo, it is considered the largest Museum in Egypt features more than 120,000 unparalleled artifacts, relics, and instruments dated to the Pharaoh's eras.

After that, you will enjoy your lunch at a good local restaurant in Cairo. Then you will explore:

The hanging church constructed In the 5th century AD with chamming decorations of Coptic and writings making it enjoyable to the eyes.

The great Muslim commander Amr Ibn Al-Aas was built in 641 AD. Mosque of Amr Ibn Al-Aas is considered one of the most Islamic legacies where it was the first mosque ever built in Egypt and Africa.

The Ben Ezra synagogue is one of the Jewish attractions in Egypt. It was named by Ezra, the writer, one of the most distinguished Jewish rabbis.

The National Museum of Egyptian Civilization (NMEC) will showcases all the heavenly history and culture that dates to more than 4500 years. The museum will feature artifacts from all the time periods of Egypt plus a majestic mummy's exhibition hall that will be present in the most advance and welcoming manner.

Khan El Khalili bazzar is an enormous bazaar that spread across an old street in Cairo. It features a lot of wonderful shops & handmade artifacts and Egyptian style cafes. It also contains amazing Islamic attractions.

At the end of the day, you will go to a luxury hotel in Cairo and overnight will be in the hotel at Cairo

Fly Back to the Home

On the morning of your last vacation day at Egypt breakfast will be ready for you then you will check out from the hotel. Next, we will pick you up from the hotel and drop you off at the international airport of Cairo where you will take your flight back to home safely. You can always find what you are searching for if you checked our Luxury Egypt Tours.

Enjoy luxury 10 days best of Cairo with a Nile cruise and di...

Looking for luxury 9 days in Egypt? through our 9 days luxur...