+2-0106-940-8877 [email protected]
For Our Customers Who Will Visit Egypt, You Should Bring A PCR Test Valid For Less Than 72 Hours. Read More Info About PCR Testing Egypt
Gallery

When you book with an account, you will be able to track your payment status, track the confirmation and you can also rate the tour after you finished the tour.
Sign Up
223

An elegant and relaxing vacation in Egypt can simply be reached through our 8 days luxury Cairo & Upper Egypt holiday. You will be impressed by the beauty of Egypt form the moment you arrive as you will see the great attractions of Giza & old Cairo. Also, you will witness the enchantment of Upper Egypt at Luxor and Aswan as well as the marvelous temple of Abu Simbel. This vacation will be memorable and fascinating, just book your holiday with us.

Day 1Arrival at Egypt & Check in A Luxury Hotel in Cairo

At the international airport in Cairo, you will meet our company representative as he will be waiting for your arrival. He will help you finish your formal papers and procedures at the airport then he will transfer you to a 5 stars luxury hotel in Cairo where you will check-in and get some rest.

In the evening you will be taken to have a delicious dinner onboard a Nile cruise. After enjoying your meal you will be entertained with a belly dance and a folkloric Tannoura show. Later you will go back to the hotel for overnight.

On day two in the morning, you will enjoy a breakfast meal at the hotel. Then you will check out and leave. After that, your guide will take you into a marvelous tour to see the ancient sites of Giza starting with pyramids complex.

The Pyramid of Khufu is the oldest and the largest ancient world wonder. Also, it was the first pyramid to be built of the three pyramids. The Khufu pyramid held the record of the tallest man-made structure in the world for about 3,800 years.

Next to pyramids, you will see the giant mythical creature of Sphinx with a body of a lion and ahead of a human sculpted from stone. It is 73 m “240ft” long and 20 m “66ft” high.

During the reign of King Khafre, the Valley temple was constructed filled with amazing pink-granite pillars and alabaster floors. The temple used to hold 24 statues of Khafre.

Next, you will have a lunch break as you will enjoy a tasty meal at a local restaurant in the city.

After the union of Ancient Egypt by the Pharaoh Menes, he constructed the city of Memphis in 2925 BC and it became the capital of Egypt for about eight consecutive dynasties during the Old Kingdom.

Designed by the vizier of Pharaoh Djoser, the brilliant Imhotep, Saqqara Step Pyramid created to have a unique shape of six stages reaching a height of 62 m (203 ft).

At the end of the day, you will be taken to the Cairo airport where you will fly to Aswan city. After landing at Aswan airport you will be transferred to a five stars hotel for checking in and overnight.

In the morning breakfast will be served at the hotel in Aswan. Next, your tour guide will take you to visit some of Aswan’s marvelous Attractions.

Aswan High Dam project main reason was to have much control over the Nile floods and to produce hydroelectricity. At the south of the dam, Lake Nasser was formed to be the largest artificial lake in Egypt

At the reign of Queen Hatshepsut orders were given to construct a giant Obelisk “The Unfinished Obelisk” to represent the power and glory of the queen but the project was abandoned due to a crack in the rock of the obelisk.

Philae temple was built in 690 BC in the reign of the pharaoh Nectanebo I during 380-362 BC on an island in the middle of the Nile. The temple is the last sacred place for worshipping the goddess Isis.

Later on day three, you will be moved back to the hotel for lunch meal and getting some rest. Overnight will be in your hotel at Aswan city.

You will get your breakfast boxes on a fourth day early morning. Then your guide will take you by a private car to Abu Simbel Village where you will visit:

Abu Simbel temples consists of two twin rock temples that were originally built into a mountainside between 1300 and 1201 BC, during the rule of the Pharaoh Rameses II. The Temples took about 20 years to be completed.

The large temple was dedicated to the pharaonic gods Amun, Ra-Horakhty, and Ptah, as well as honoring King Rameses and his achievements. The other temple was built for his beloved wife Nefertari and dedicated to Hathor.

After the end of your memorable visit to Abu Simbel you will be transferred back to Aswan city for having a delicious lunch at one of the finest restaurants in the city. Then you will go to the train station where you will catch the 1st class train heading Luxor. As soon as you arrive to Luxor you will check in a five stars hotel for overnight.

In the morning, you will enjoy a wonderful breakfast. Next, you will go to Luxor historical and monumental sites on the eastern Nile bank:

Karnak is an ancient temple built more than 4000 years ago, upgraded gradually over the years by each new Pharaoh adding to it, from the beginning of the Middle Kingdom through the New Kingdom to the Ptolemaic Dynasty.

Next, you will lunch will be served at your hotel then you will have some rest till night. At Night you will go to:

Luxor temple was dedicated to god Amun. It was built by the Pharaoh Amenhotep III in about 1400 BCE. The unique thing about this temple is it still open after sunset unlike the rest of the temples in Egypt.

Later you will be taken back to your hotel at Luxor for overnight.

Breakfast will be ready for you on the morning of day six. Then you will visit the historical Attractions on the west bank of Luxor.

A royal burial site Situated deep at the center of a mountain on the western bank of Luxor city, Valley of the Kings contains 63 royal tombs each is full of unique artifacts and relics alongside mummies.

Known as El Deir el-Bahari, Hatshepsut temple is evidence of Glory and power of Queen Hatshepsut the only female pharaoh and one of the most successful rulers in the history of ancient Egypt.

Next, you will enjoy a tasty lunch meal at one of the city’s deluxe restaurants. Then you will continue your tour:

The Colossi of Memnon is a site of two colossal statues carved from blocks of quartzite sandstone. The statues represent the great pharaoh Amenhotep III “1386-1350“.

At the end of day six, you will go to the eastern bank of Luxor to the airport as you will take your flight to Cairo. At the capital, you will go to a five stars hotel to check-in and overnight.

On the seventh day, in the morning you breakfast will be served at the hotel and your guide will accompany you to visit the old districts and the historical places of Cairo.

With more than 120,000 unique artifacts that date to more than 5000 years, the Egyptian Museum is famous for having the belongings of the young pharaoh Tutankhamun alongside his exotic golden mask.

Lunch meal will be served at a luxury restaurant in the city of Cairo before resuming your historical tour to:

Acts as the mainstay place for the Coptic patriarch for many years, the hanging church or the Holy Church of the Virgin Mary is the core of the Coptic community in Egypt.

Amr Ibn Al-Aas ordered to build a mosque to be the holy place for Muslims to do their praying and serving as an educational place for Islam. Today Amr Ibn Al-Aas mosque is considered the most important Islamic legacy in Egypt.

Ben Ezra Synagogue served as the capital of Jewish community worship until the 1950s. It used to be a church before it was converted to be a Synagogue that was in 882 AD.

The National Museum of Egyptian Civilization (NMEC) is the first museum of its kind in the Middle East and the Arab world that showcases the enchanting culture and history of Egypt from the pre-historical times till our current day in the most incredible and welcoming fashion.

The great bazaar of Khan El Khalili is located at the old streets of Islamic Cairo. It was built in the Islamic era in 970 AD. The bazaar offers a wide range of goods such as spices, foods, and clothes as well as masterpiece souvenirs and golden artifacts.

After your unforgettable Cairo tour, you will be transferred back to the hotel for overnight.

On your final day morning, your breakfast will be served then you will check out from your hotel in Cairo. Next, you will be taken to Cairo airport to catch your flight back home safely. This will be the end of your 8 days luxury Cairo and Upper Egypt holiday. 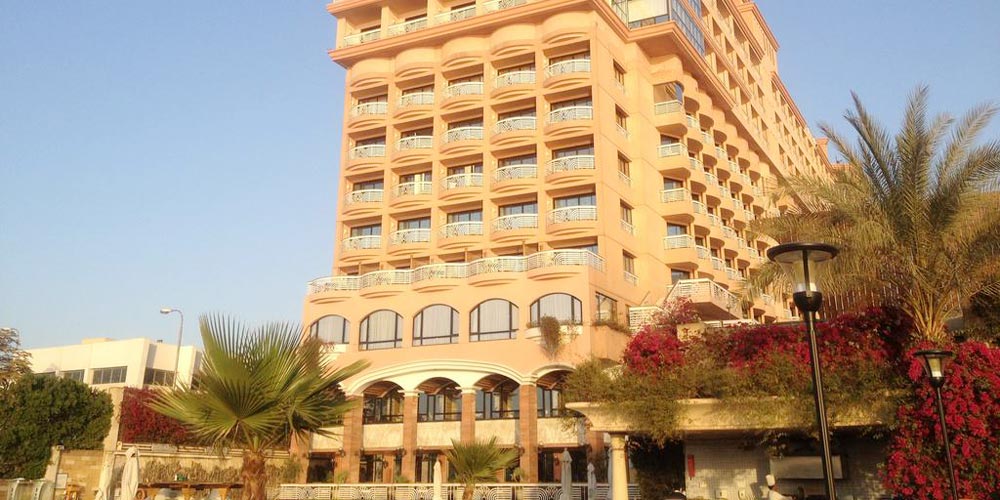 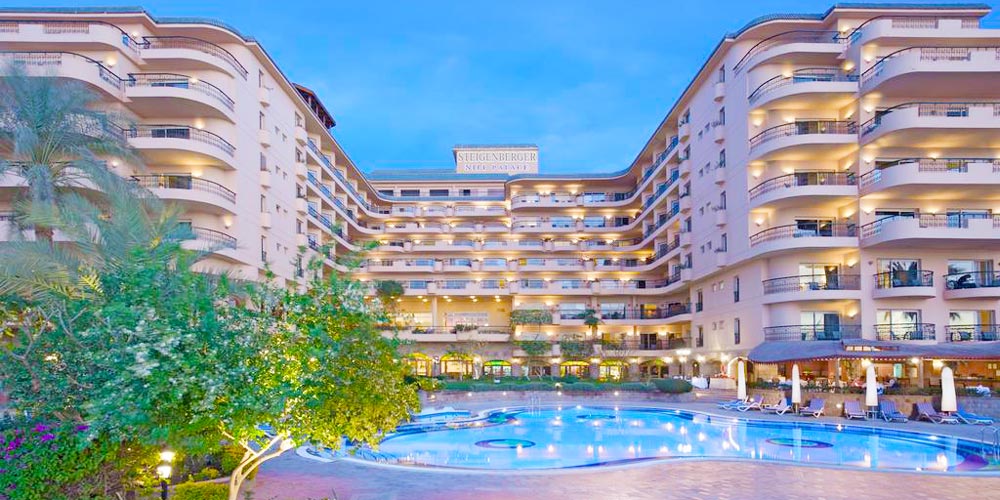 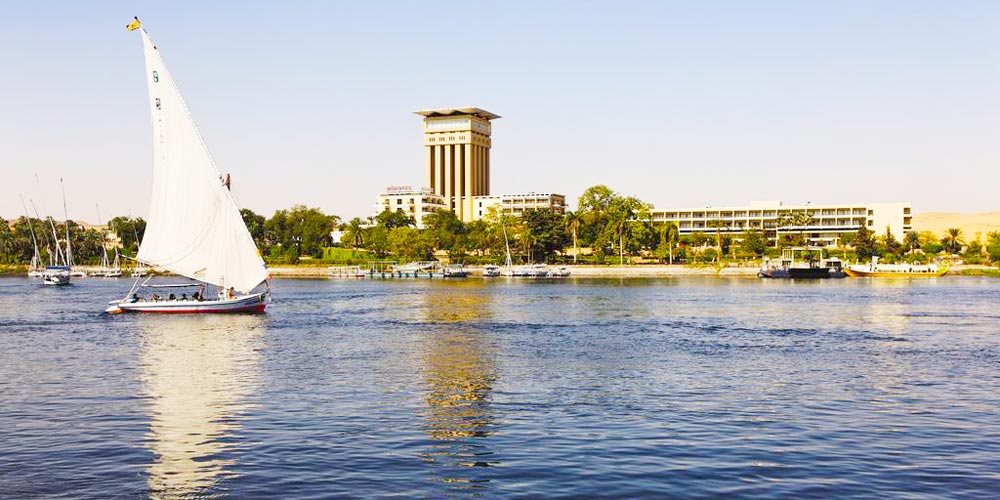 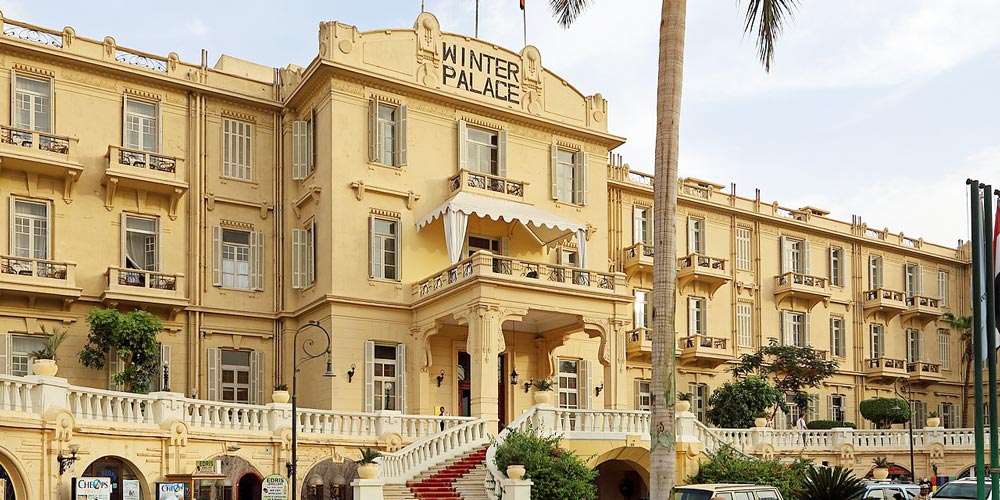 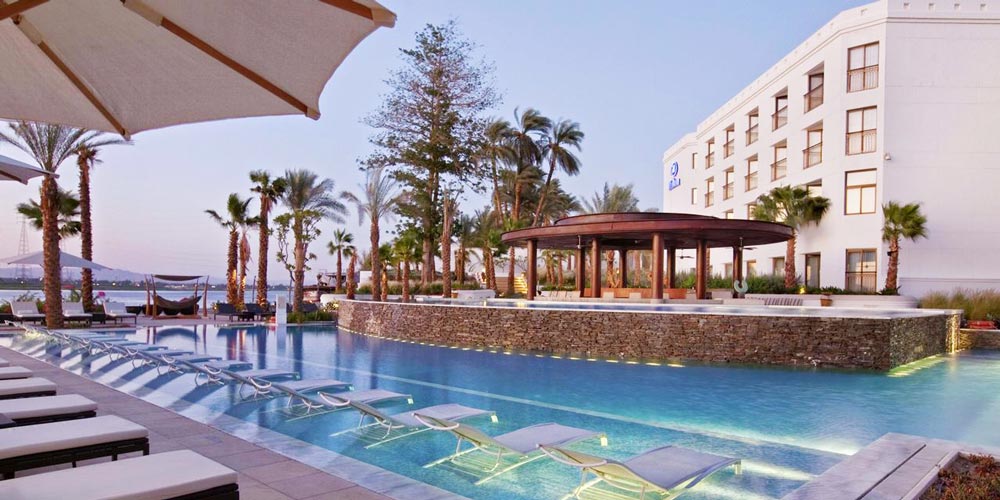 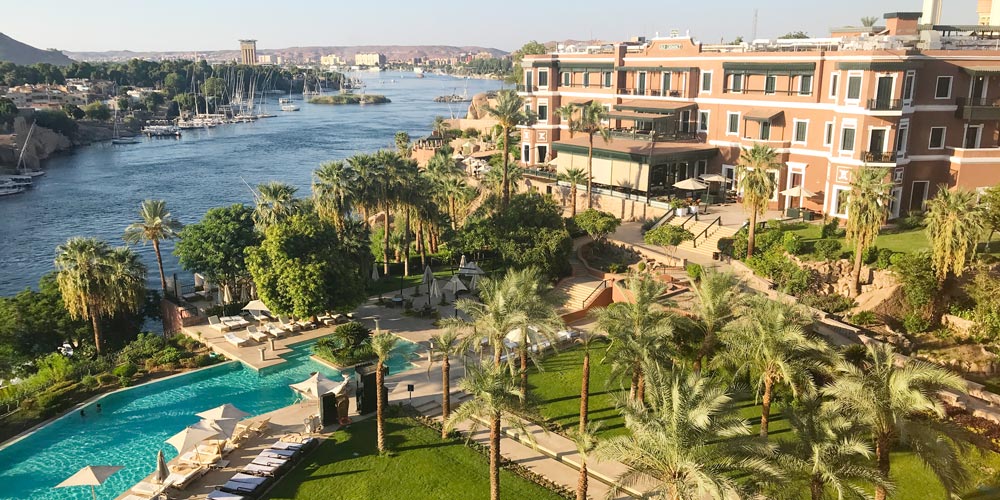 What an amazing experience!! From the moment we landed Egypt until we departed we were in the good hands of Mohamed Elshemi (guide) and Mohamed topa (driver). The Trips were very excellent and the accommodations were very very luxurious. Thanks, Trips in Egypt for organizing an unforgettable trip in Egypt