Things to Do in Luxor

Luxor was actually established in the location of the ancient capital of Egypt “Thebes” and its wealth & Power. Legendary in antiquity began to lure Western travelers from about the end of the 18th century. The most interesting thing about Luxor city is its amazing monuments that have survived thousands of years ago whose grandeur is incomparable.

Surprisingly, Luxor is believed to contain about one-third of the valuable monuments all over the world and that is why it is one of this Planet’s most interesting & the most important tourist destination. It used to be the largest religious capital in ancient Egypt and that is why it is mainly known with its two religious temples. The Temple of Luxor & the immense Temple of Karnak which is considered the largest temple complex in the universe.

Here are the Best Things to Do in Luxor 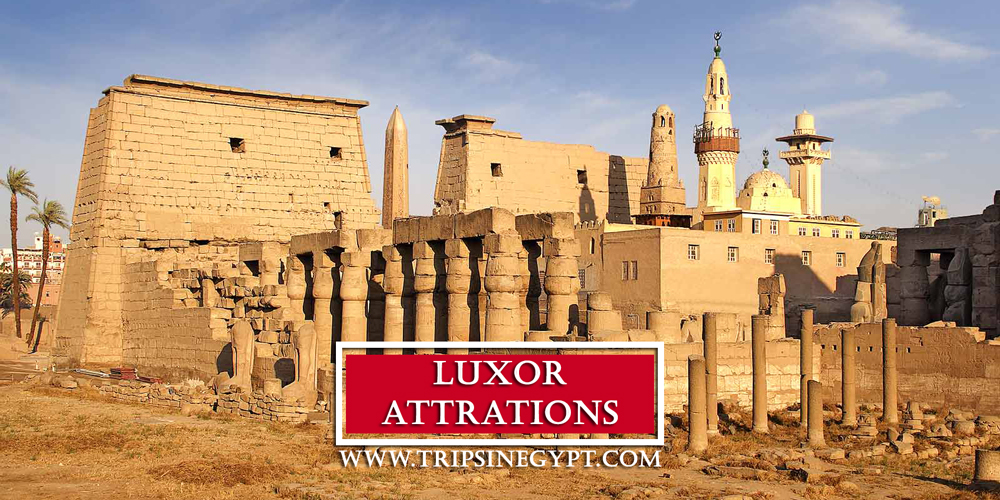 Luxor attractions & landmarks are truly in a league of their own because of the incredible history behind each highlight. so let’s know the best things to do in Luxor:

One of the best things to do in Luxor is enjoying a tour to the majestic Valley of the Kings which is the home to more than 60 royal tombs of the ancient Egyptian Pharaohs including tombs of Seti I, Ramses IV & Ramses II, and most importantly, the tomb of the young Pharaoh Tutankhamun. Then you can venture through the gorgeous Valley of the Queens that includes tombs to a large number of women and their children and surely.

The mortuary temple of Queen Hatshepsut located under the cliffs of Deir el-Bahari on the west bank of the Nile near the Valley of the Kings in Egypt. It is dedicated to the sun god Ra and Amun where it is located next to the mortuary temple of Montuhotep II. The Temple of Queen Hatshepsut is considered one of the “incomparable monuments of ancient Egypt.

3- Cast Your Eyes on the Giant Statues of Amenhotep III

You will be able to visit the fascinating twin statues of king Amenhotep III that are called “Colossi of Memnon” and in fact there are many interesting stories & theories that revolve around these two statues especially the story behind their construction, what happened to the mortuary temple of Amenhotep III, the story behind their whisper, and how they got destroyed…. many questions, many theories, and more fun for those who seek adventure in the land of Pharaohs.

4- Be Dazzled By the Biggest Temples of Karnak

Visit the fascinating temples of Karnak is one of the best things to do in Luxor. It is actually a vast temple city that dates back 4000 years ago. It is the largest religious complex from the ancient world and because of its immense popularity, it features one of the most important tourist sites. It occupies 3 important temples inside including the sacred enclosures of Amun, his wife Mut, and their son Khansu.

5- Wonder At the Charming Temple of Luxor

You can’t also miss the impressive Luxor Temple that is one of the 6 ancient temples which were founded in the vicinity of Luxor that was mainly constructed for worshipping some ancient deities including Amun, Chons, and Mut. It was built during the reign of Amenhotep III and it was mainly known as the Southern Sanctuary for the ancient Egyptians. That is not all as it was used as a fortress as well as a headquarters of the Roman government.

Other Captivating Things You Can Do in Luxor at Night 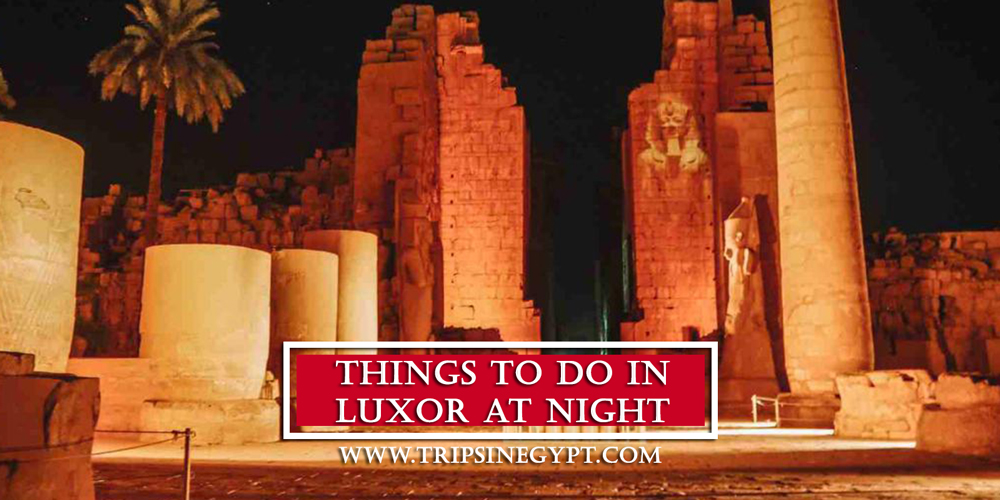 Night in Luxor is a magical experience that offers you a totally breathtaking adventure that is totally different from what you can do there for the whole day.

Among the most requested activity that you can enjoy there is heading to Luxor Temple at Night as walking through this temple at night is pretty similar to being in the movie Mummy as its spots will make you feel like you are running down a hallway to get away from someone of the underground.

You can also enjoy sound & light show in Karnak temple as the performance there relates the history of ancient Thebes with modern Luxor especially while walking in the avenue of Sphinxes there and this event takes about 75 minutes starting from the temples grounds till the last act which is played along the great sacred lake.

Third: Enjoy A Horse Carriage Riding Along the Corniche At Night

Taking a horse carriage ride in Luxor is pretty thins to do in Luxor at Night. While touring the surroundings of Luxor, you can see the cruises, Luxor temples, the mosques, hear the call to prayer and even go through the markets.

Egyptian cuisine is characterized by its simple and traditional cuisine. Also known for its Egyptian cuisine is that it is greasy and depends heavily on rice and other types of starches. The most famous Egyptian meals you can experience such as Koshari, Mallow with rabbits, Moussaka, pigeons stuffed rice, Hawawshi, and much more delicious meals.

Fifth: Sail By A Felucca On the Nile Under the Starry Sky

A felucca ride on the Nile is a must while being in Luxor. There’s no better feeling when seeing the sunset while sailing and when the stars appear in the sky, it’s even better. Enjoy a relaxing experience while sailing in the same river in which Queen Cleopatra has sailed many centuries ago.

Special Two Activities You Can Do in Luxor?

There are many incredible activities that can be done in Luxor including riding a hot air balloon which is such a remarkable venture that enables you to have a ride in the sky of the largest open-air museum Each ride takes about 45 minutes and we highly recommend such activity in Luxor.

Enjoy Luxor Hot Air Balloon Ride during your stay in Luxor don't miss the chance and take that breathtaki...

You can also start touring around some of the amazing attractions in Luxor including Luxor Museum, Dendera, and Abydos Temples to know more about the spectacular culture and civilization of ancient Egypt.

Tour to Dendera and Abydos from Luxor

enjoy a magical day tour to Dendera and Abydos from Luxor joined by a professional Egyptologist tour guid... 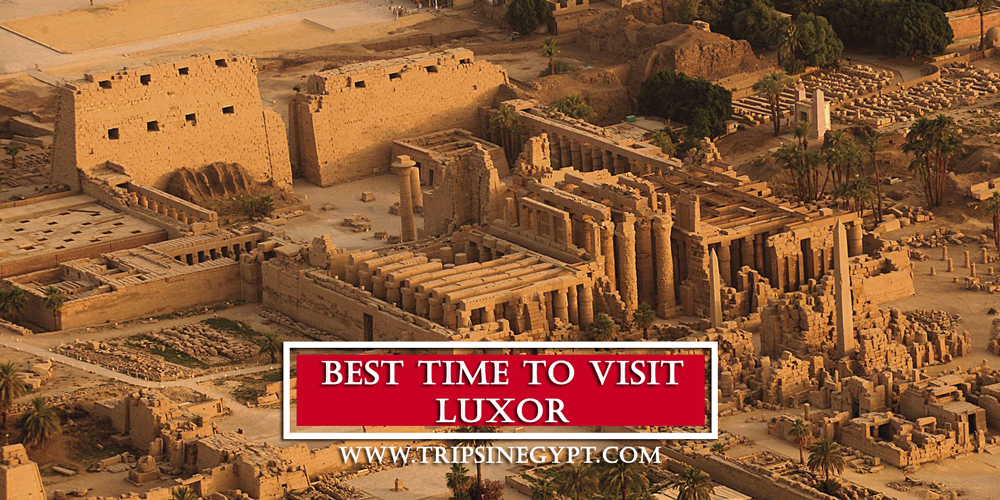 If you would like to the beauty of Luxor then definitely you should visit it between March & April and between October & November as both of these durations offer pleasant temperatures, small crowds, and surely more affordable hotel rates.

To enjoy the coolest weather in Luxor, then you should visit it in winter but you will find it so crowded with tourists and prices get pretty expensive. Try not to visit Luxor in summer as it scores pretty high temperature which won’t enable you to enjoy visiting its amazing attractions or even to experience the hypnotic adventure while boarding a Nile Cruise.

Finally, you have an exclusive chance to customize  Luxor day tours which opens some new horizons to the breathtaking beauty of this city besides enjoying the Nile flowing between the modern city & the west bank necropolis, backed by the enigmatic Theban escarpment. Check now the best Luxor tours and contact us.