Egypt is famous for housing countless temples that date thousands of years back but in the south of the county in the enchanting city of Aswan lays the miraculous Temples of Abu Simbel. One of the temples is dedicated to the great king Ramses and the second is for his beloved wife Queen Nefertari. Here is everything you need to know about the Abu Simbel Sun festival: 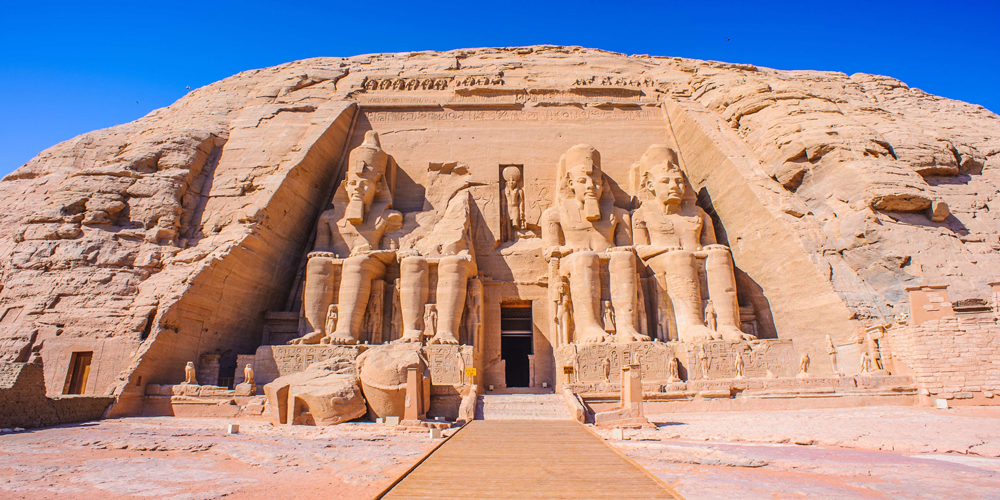 Abu Simbel was constructed by an order from Ramses II between 1290 and 1224 BC to immortalize his legacy for many future generations to come. The temple has a massive statue of Ramses reaching the height of 108 Ft at the entrance that struck your soul with a light beam of greatness and excitement and inside it, the great grand hall and deep in the temple lay the magical hypostyle hall containing the central chamber.

Also, the Abu Simbel Sun festival has a great role in the fame of this temple. The temple acts as a divine miracle during ancient times and continues to play this role as a modern marvel and an absolute sensation.

What is Abu Simbel Sun Festival?

The temple stays in utter darkness all year long except for two specific days as on the 22 of February & October of each year which Abu Simbel sun festival date. The sun festival happens when the sun rays illuminate the central chamber with its hunting architecture and the light is perfectly cast on the four seated statues of Ramses II, Ptah “God of Creation“, Amun “The God of Gods”, and Ra “Sun God“. This solar phenomenon was created to celebrate February 22, the anniversary of Ramses II ascension on the throne and October 22, his birthday.

A Chance once in A Lifetime!!

A Chance once in A Lifetime!! 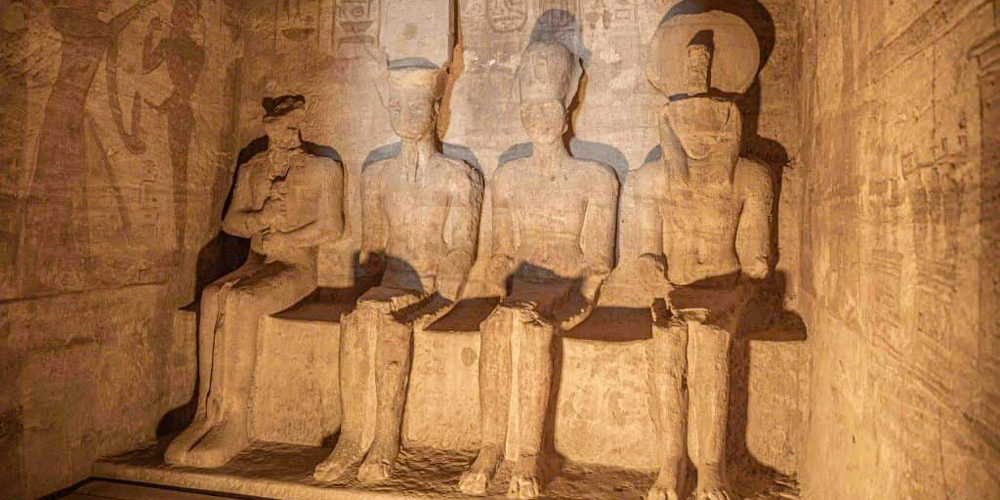 Abu Simbel Sun festival has been going on for the last 3.200 years and this phenomenon remained part of the temple even after it was relocated to a new location when the construction of the Aswan High dam threatened the Abu Simbel to completely submerged in the 1960s but with the help of the UNESCO, it was saved using a genius plan in one of the history’s greatest archaeological engineering challenge. Abu Simbel Temple relocation was successful in preserving this astronomical solar phenomenon. The temple is still able to attract people’s attention domestically and especially foreigners that travel from the other half of the world to take part in this glorious temple.

Create the Memories of A Lifetime within Abu Simbel Sun Festival

Abu Simbel Sun festival becomes a fun-filled destination with a large crowd surrounding the entire temple with circles of singing, & dancing. The festival is the ancient Egyptian successful attempt to catch the sun with their hands, so don’t miss the chance and book one of our Egypt tour packages or Nile cruises to visit Abu Simbel and many other and landmarks.