The blessings of finding true love are worthy of being celebrated in the immortal lands of Egypt where love, devotion, and trust are behind the rise of this great civilization. For more than Quadrennim years, Egypt remained one of the most visited places on the planet, all due to the number of glorious monuments and structures located across this nation that illuminate the mind and heart to whole new levels. Here is all information you need to know about how to spend your honeymoon in Egypt:

Things to Do During Your Honeymoon in Egypt 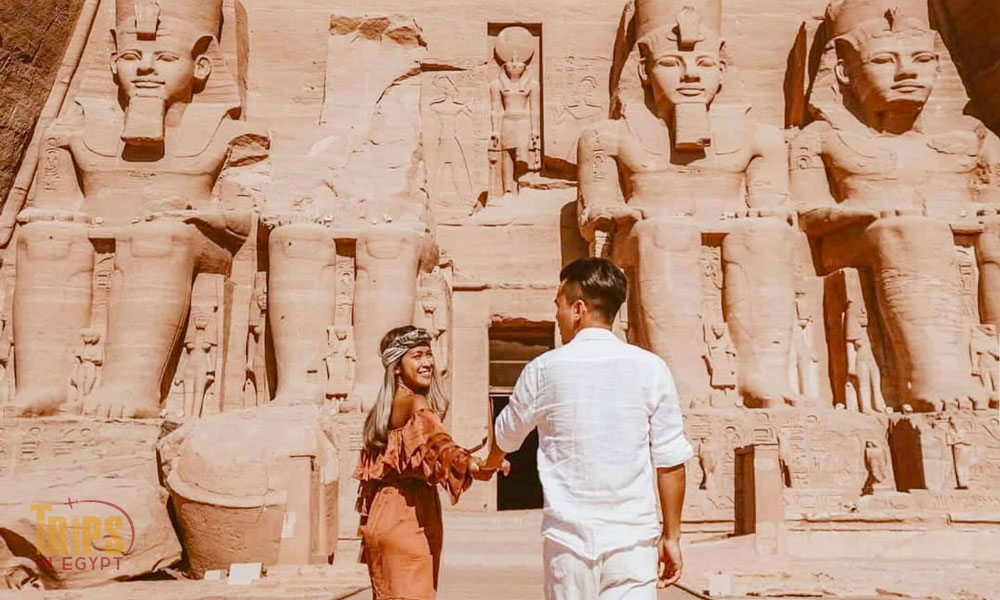 Egypt is filled with many majestic destinations that detail a different kind of feeling which will every honeymoon a truly one to remember. Every destination in Egypt will give you the chance to travel across time and explore all the eternal wonders of this holy country. Cairo is like a grand city museum contains monuments and artifacts dating across 4000 and holds a number of activities between its gates and across the famous Nile. Alexandria is the home of the Greco-roman culture where everything shines in the color of white marble. In Upper Egypt is the golden cities of Luxor & Aswan is the sight of true gold on the monuments which the stories of ancient deities. And if the newlyweds wish to cast their eyes on the most mesmerizing vision of tropical beauty then Hurghada is always ready. Here are the best things to do during your honeymoon in Egypt:

1. Enjoy Romantic Time in the Pyramids

The chance to witness a living wonder is rare but in Egypt, everything is possible as the newlyweds will get to explore the legendary Giza pyramids complex which holds the three great pyramids, six small pyramids, and the valley temple. Inside the complex lies the Great Pyramid of King Khufu which is one of the last remaining seven wonders of the ancient world and the sole guardian of Egypt the oldest statue in the world the great sphinx which will make your honeymoon even more magical.

2. Discover the Old Cairo Attractions With Your Wife

In the ancient city of stars, Cairo is newlyweds wish to make the honeymoon truly special such as Salah El din Citadel a.k.a Cairo citadel which acted as the seat of government till 1860 and holds the Mohamed Ali mosque a.k.a the alabaster mosque that is an exact replica of the blue mosque in Istanbul. The newlyweds will get to discover one of the most incredible constructions of Islamic culture of the Middle East like the golden brick road of Khan el Khalili bazaar, one of the oldest market places in the world and El Muizz street which has the most known concentration of medieval architectural treasures and construction in the Islamic world.

3. Have A Dinner Cruise to Satisfy Your Desire

If you need a touch of romance then our dinner cruise is what every honeymoon needs as nothing beats a delicious meal across the magical path of the heavenly Nile river. The Nile will give new definitions to beauty, magic, and love as The newlywed will get dine on the delicious cuisines of Egypt and witness an awesome colorful belly dancing under folklore music featuring a hypnotic Tannoura spin.

For thousands of years, countless honeymooners came to Egypt to further perfect their honeymoon by boarding one of the majestic Egypt Nile river cruises on the waters of the Nile river where all the wishes are granted and the reflection of paradise across its waters. Onboard the Nile cruise lies the finest vision of tranquility, beauty, comfort, and beautiful ancient construction starting with the lands of a hundred doors Luxor where the Great Valley of the Kings, the divine Karnak temple, the beautiful Hatshepsut temple, and many more are waiting. Then you will sail to Aswan where you will pass by the unique Kom Ombo temple, the temple of victory Edfu house of Hours, the enchanting Philae temple, the marvelous Abu Simbel, and more.

5. Visit Luxor with Your Second-Half

In this one of a kind open-air museum that contains monuments that seek to embody love and beauty in the greatest fashion. Luxor is located on the east bank of the Nile River in southern Egypt where Kings and Queens from the new kingdom (1570-1050 BC) are buried and their legacies are immortalized in the shape of mesmerizing great tombs like the valley of the kings inside the heart of a mountain that has more than 63 tombs, some of these tombs up to 20 are royal tombs from the New Kingdom to great kings such as Tutankhamun,  Amenhotep I, Thutmose, the Ramsess dynasty,  and other rulers. The colossal colossi of Memnon are the guardian of the front gates Luxor constructed by Amenhotep III. The charming temple of Queen Hatshepsut built in 1479 BC to reflect the vision of one of the most successful pharaohs in Egyptian History. The beautiful Luxor temple is the house of the Sun God Amon, his wife Goddess of motherhood Mut and The Moon God Khonsu that give a glimpse of the religious mentality of the ancient Egyptians and one of the world’s biggest and oldest religious complex in history the Karnak temple is able to give a full image of theirs believe of cosmic love and unity by the gods and goddess which will make your honeymoon a one to remember.

6. Explore the Nubian City in A Different Way

On the deep southern border of Egypt lies an ideal honeymoon destination Aswan home to the colorful artistic Nubian culture. Aswan comes in the shape of stone miracles on the east bank of the Nile that achieved immortality through the Great temple of Abu Simbel that was built by an order from Ramses the great during in the new Kingdom to make his name and heritage last forever. In the Ptolemaic era in 690 BC the mythological Philae temple became the worship house of the Goddess Isis of motherhood; Which Both Philae & Abu Simbel temples were part of a rescue mission organized by UNESCO in the 60s after the construction of the Aswan High Dam. The Unfinished Obelisk of Hatshepsut is a true sight to behold. The mythological Edfu temple which is believed to be the battleground between Horus and Set in a Ptolemaic era between 237 &57 BC. A Honeymoon in Aswan is a one that will be remembered throughout a lifetime.

7. Alexandria is Your Place for Honeymoon

The Pearl of the Mediterranean “Alexandria” is an ideal honeymoon destination located on the northern central coast of Egypt where it served as the capital during the Greco-roman period. The city came offers a chance to explore a unique special period of time during the history of ancient Egypt when Alexander the Great constructed the city in 332 BC to spread the Hellenic culture all cross Egypt and beyond.  It held the ancient light House of Alexandria until its destruction by earthquakes in 1323 AD and in the same site rose the citadel of Qaitbay in 1477 AD to act as a defensive fortress towards the Ottoman kingdom. Alexandria is known for having the legendary library of Alexandria that once held millions of scrolls and was destroyed in 48 BC but nowadays a new library known as Bibliotheca Alexandria was constructed to commemorate the memory of the ancient library. One of the great monuments is the grand pillar of Pompey from the Roman Period, constructed in 297 AD as the largest monument of its kind to be outside of Rome. And if the newlywed want to get a little scared then the extraordinary catacombs of Alexandria one of the middle ages Seven Wonders that was used as a Roman burial site from the 2nd to the 4th century

8. Hurghada is Your Romantic Place for Recreation

A honeymoon is not complete without a touch of tropical scenery of the red sea and that’s where Hurghada comes into play. This city resort city offers an unforgettable mixture of beauty, adventure, and convenience that every honeymooner needs. Hurghada resort stretches for 60 m on the red sea and contains 7.5 mi of crystal sparkling waters, sandy beaches, and great mountains in the eastern desert. Hurghada contains the biggest aquatic sports such as windsurfing, kitesurfing, diving, snorkeling, and many more others to fully explore the underwater wonders of the red sea. Hurghada is known for its abundance of hotels, restaurants, sun loungers, spa areas, the coolest nightlife, and every means of entertainment under the most delightful tropical climate.

Is Egypt Safe for Honeymoon? 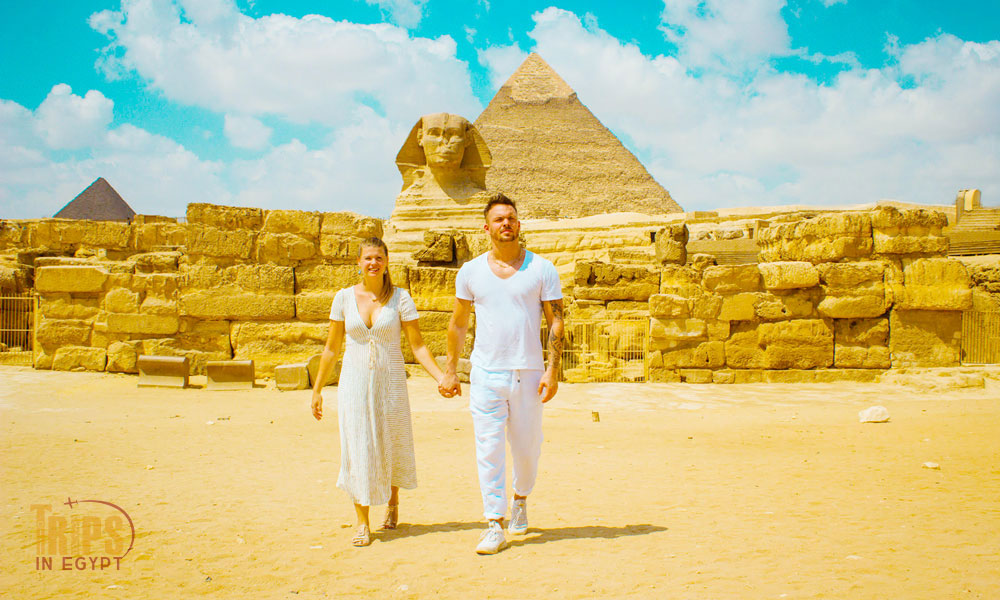 Egypt has always been safe, our newlyweds will feel totally safe, sound and secure during their time in Egypt as the current atmosphere of the country is very peaceful and calm after the government took all the needed measures to fully restructure the entire area and the tourist police to include all the significant and tourist attractions all over Egypt and safeguard the entire environment to ensure the lives of all tourists plus all the kind and helping Egyptians will always be by your side. Our Newlyweds will be nothing more than laughs and smiles the entire time.

Best Time for the Honeymoon in Egypt 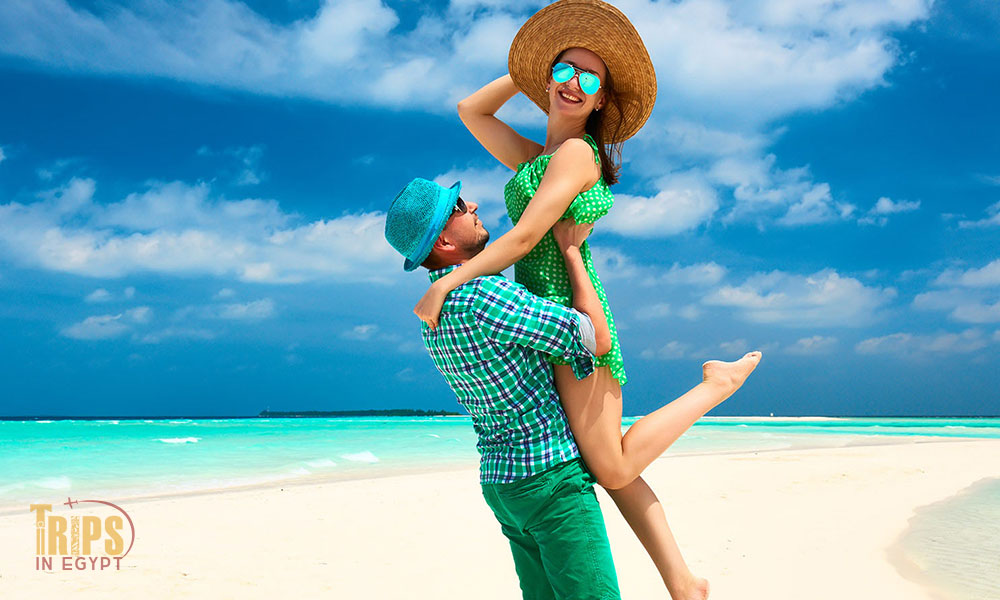 In order to have the most magical honeymoon, our visitors most enjoy the finest weather that’ why the winter months from September to April are the best time to spend your honeymoon in Egypt as the weather becomes more tolerable where everyone can truly enjoy their time among all the wonders and attractions of Egypt. As The climate of Egypt is hot, sunny and tropical during the summer months from May to August the temperature reaches a high of  40 C (104 F) but in the winter months from September to April, the climate is warm accompanied with a winter breeze 21 C (70 F).

Book Your Honeymoon Holiday With Us

The most magical honeymoon is achieved by hiring a travel agency where all kinds of logistics are taking care of so our newlyweds can create beautiful memories and live the most incredible honeymoon. A travel agency will provide tranquility, service, and comfort at the most affordable prices. What makes our company special that we have been customizing the best honeymoon packages to Egypt for more than 15 years using travel, financial & time management consultants to satisfy our newlywed need by using the most professional operators, guides, and drivers who dedicate their time & effort to provide the finest honeymoon.